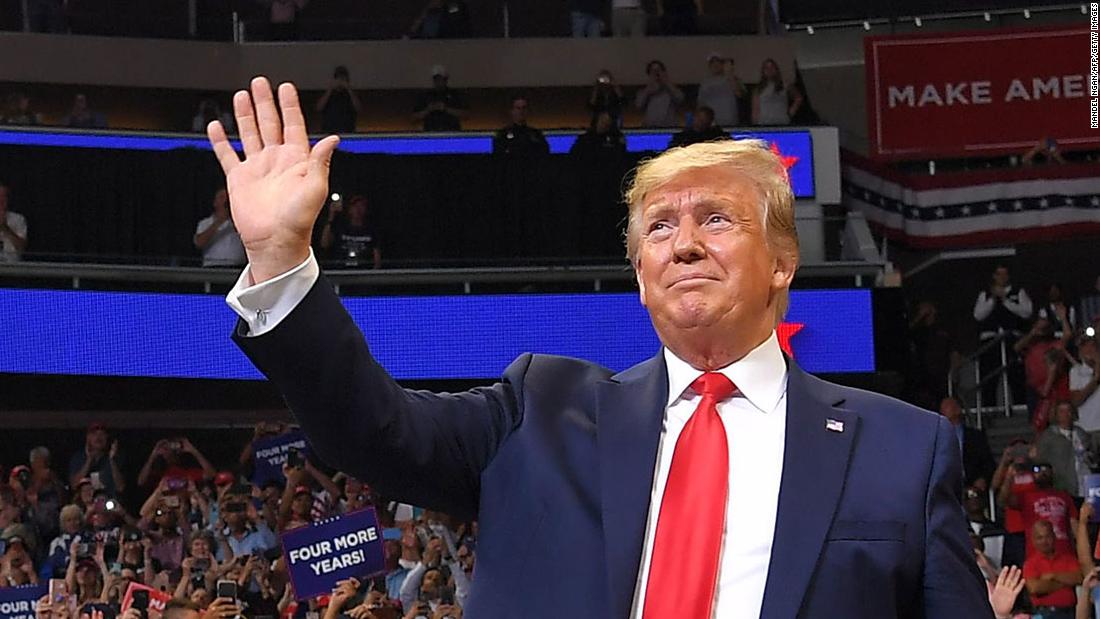 (CNN)Travel to the island in Norway that wants to be the world’s first time-free zone.

Here’s what else you need to know to Get Up to Speed and Out the Door. (You can also get “5 Things You Need to Know Today” delivered to your inbox daily. Sign up here.)

Well, if President Trump’s first big rally of the 2020 campaign is any indicator, 2020 is going to look a lot like 2016. Trump launched his re-election bid in Orlando hitting the same themes that got him to the White House: bashing Hillary Clinton and Democrats, talking tough on immigration and denigrating journalists. Trump did spend a little time touting his accomplishments — something his advisers wish he’d do more — but mostly he replayed 2016’s greatest hits. Trump, despite a strong economy, faces a tough battle. More than half the country disapproves of his job performance, and in the polls he trails the top-tier Democrats seeking to replace him. But he’s also got a $40 million campaign war chest and a dedicated conservative base that loves him.

Years-old domestic incidents seem to be the reason President Trump’s pick for defense secretary won’t go through the confirmation process. Patrick Shanahan, who’d been the acting defense secretary, withdrew his name just as The Washington Post published a story detailing a violent incident in 2011 in which his son attacked his own mother with a baseball bat. Shanahan released a statement saying he withdrew because the incident — and Shanahan’s defense at the time of his 17-year-old son — was made public. The President said Mark Esper, the Army secretary, will be the new acting defense chief.

Another American tourist has died in the Dominican Republic. Joseph Allen, 55, of New Jersey was found dead last week in his room at the Hotel Terra Linda in the coastal city of Sosua. Allen is at least the ninth US tourist to die at a Dominican Republic resort, or after becoming ill at one, in the past 13 months. Preliminary autopsy results suggest Allen died from cardiac arrest. His family said he was traveling with friends and had stayed at the resort many times. Officials in the Dominican Republic have called the deaths isolated events as they work to reassure travelers their country is safe. Click here for answers to some of your questions about the tourists’ deaths.

Stocks closed 350 points higher yesterday after President Trump tweeted that he had a good phone call with Chinese President Xi Jinping and that the two would meet next week at the G20 summit in Japan. Trump had previously said China would face additional import tariffs if Xi didn’t show up to the summit. So, does this mean the US-China trade war is about to come to an end? Too soon to say that, but Wall Street likes that the two leaders are still willing to talk.

The number of refugees and displaced people on the planet has hit an all-time high. More than 70 million people have been forced to flee home because of violence or persecution, a new UN report says. That works out to about 1 in every 108 people on Earth. The report’s findings paint a bleak but predictable picture of the rate of displacement around the world as conflicts continue to tear people from their homes.

These ARE the droids you’re looking for

People are paying $25,000 for a “droid-building experience” at Star Wars: Galaxy’s Edge. We’re not trying to tell you what to do with your money, but really?

Not a “Game of Thrones” fan? Glad you don’t have to listen to that gibberish anymore? Well, we hate to tell you this, but work on a prequel series has already started.

Hey, our lives are in there

Facebook goes down, nobody notices. Twitter takes a dive, and we just yawn. But we lose Google Calendar for a few hours, and it turns into “Lord of the Flies” real quick.

Leave the fictional world-saving work to the “Avengers.” When it comes to fighting real-world chaos, you need a real-life hero, like a Supreme Court justice.

All rights and copyright belong to the author:
Source – https://edition.cnn.com/2019/06/19/us/five-things-june-19-trnd/index.html?utm_source=feedburner&utm_medium=feed&utm_campaign=Feed%3A+rss%2Fcnn_latest+%28RSS%3A+CNN+-+Most+Recent%29