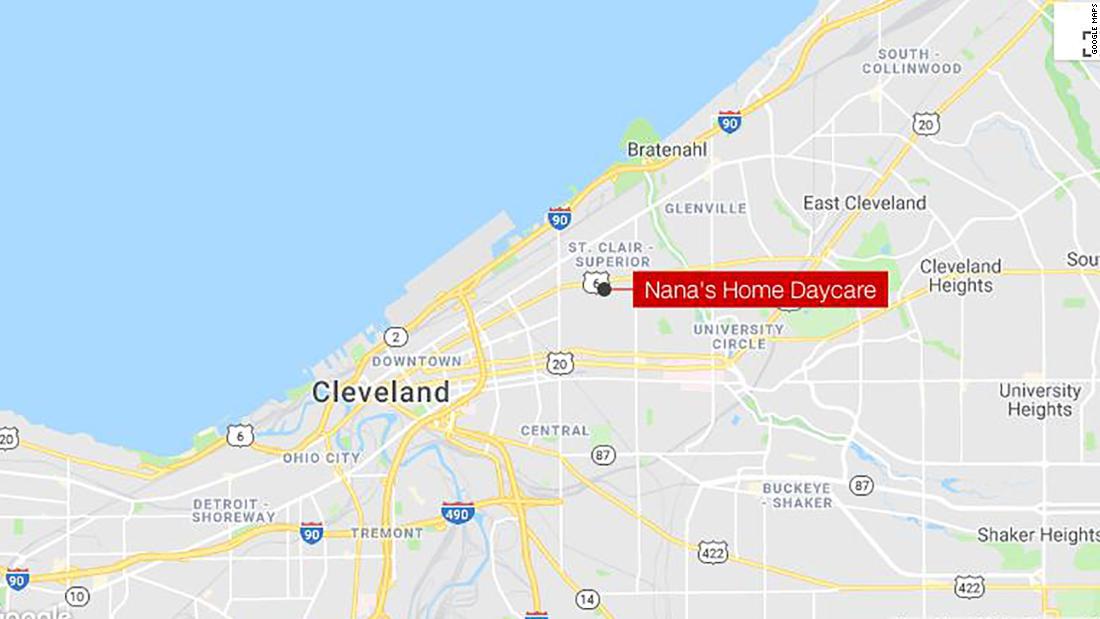 “So I go to walk out the door and I close the door behind me, so I’m like, ‘Hey, mama baby.’ I realize her neck is, just, she’s just lifeless,” Bush told CNN affiliate WJW.

The child, Di’Yanni Griffin, was later pronounced dead at a local hospital. Now multiple officials want answers into how she died.

The county’s medical examiner performed an autopsy Thursday and is waiting on the results, the office’s external affairs manager, Christopher Harris, told CNN.

If it’s determined that the baby died under “suspicious circumstances,” the Cleveland Police Department will investigate her death. Cuyahoga County Children and Family Services, a child welfare agency that investigates child fatalities, told CNN that Nana’s Home Daycare is barred from looking after children during their investigation into the provider.

The Ohio Department of Job and Family Services, an agency overseeing in-home child care, told CNN they are “monitoring this tragic situation very closely” and will make the call “whether to suspend Nana’s Home Daycare license.”

“My daughter was basically already dead.”

Bush said when she realized her daughter needed medical attention she went back into the daycare, started CPR and called 911.

“When (they) handed me my daughter, my daughter was basically already dead,” Bush said about the daycare’s staff.”

The owner of Nana’s Home Daycare, Danielle Townsend, told WJW she wasn’t there when Bush picked up her child, but she said that Di’Yanni was alive when the child was there.

Townsend hung up the phone when CNN asked for a response to the allegations.

Nana’s Home Daycare didn’t have a first aid kit on site, and its providers didn’t have current first aid and CPR certifications, according to Ohio government inspection records released earlier this month.

The daycare was also cited for “unsanitary conditions,” and the bathroom emitted a foul odor and did not have toilet tissue or liquid soap, according to the inspection records.

All rights and copyright belong to the author:
Source – https://edition.cnn.com/2019/06/21/us/ohio-baby-daycare-death-trnd/index.html?utm_source=feedburner&utm_medium=feed&utm_campaign=Feed%3A+rss%2Fcnn_latest+%28RSS%3A+CNN+-+Most+Recent%29