ANTHONY JOSHUA will rematch Andy Ruiz Jr on November 16 – if the fight takes place in London.

After AJ suffered a shock loss to the hands of 25-1 outsider Ruiz, the Brit superstar and his promoter Eddie Hearn wasted no time in triggering an immediate rematch clause. 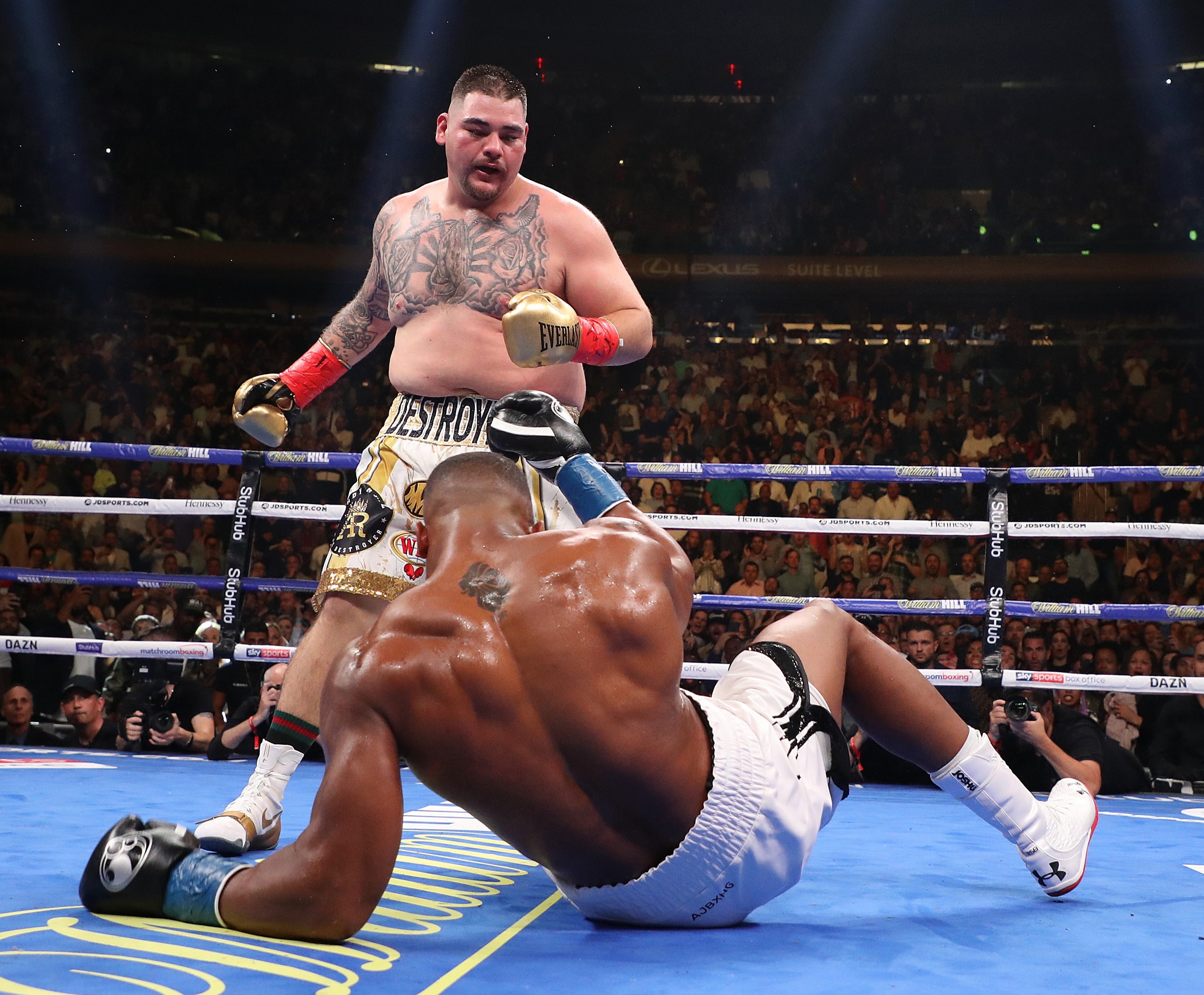 Re-running the fight back in New York at Madison Square Garden inspires Joshua, though Hearn is pleading with the Watford ace to take up a home advantage in the must-win fight.

Speaking to iFL TV Joshua’s promoter revealed returning to the US is still in discussion but due to the international break November 16 is the only date for the rematch to take place at Wembley or Tottenham’s new £1billion stadium.

Hearn said: “We’re deep in the process of dates and venues. I think this week there will be a decision in terms of the dates.

“From a UK point of view it’s Tottenham, it’s Wembley or it’s Cardiff.

“Obviously Tottenham and Wembley don’t have a roof, November 16 is the date in that respect.

“If it’s in Cardiff there are multiple dates, if it’s in London, Tottenham or Wembley that’s the date, the international break.

Joshua made his US debut against Ruiz and left behind a 22-0 record built up in the UK that included four wins at Wembley and the Principality Stadium.

But Hearn also revealed five countries have approached him to host the bout, but he reiterated a return Stateside or UK homecoming remain the likeliest.

All rights and copyright belong to the author:
Source – https://www.thesun.co.uk/sport/boxing/9335080/anthony-joshua-andy-ruiz-jr-rematch-on-november-fight-wembley-spurs-stadium/