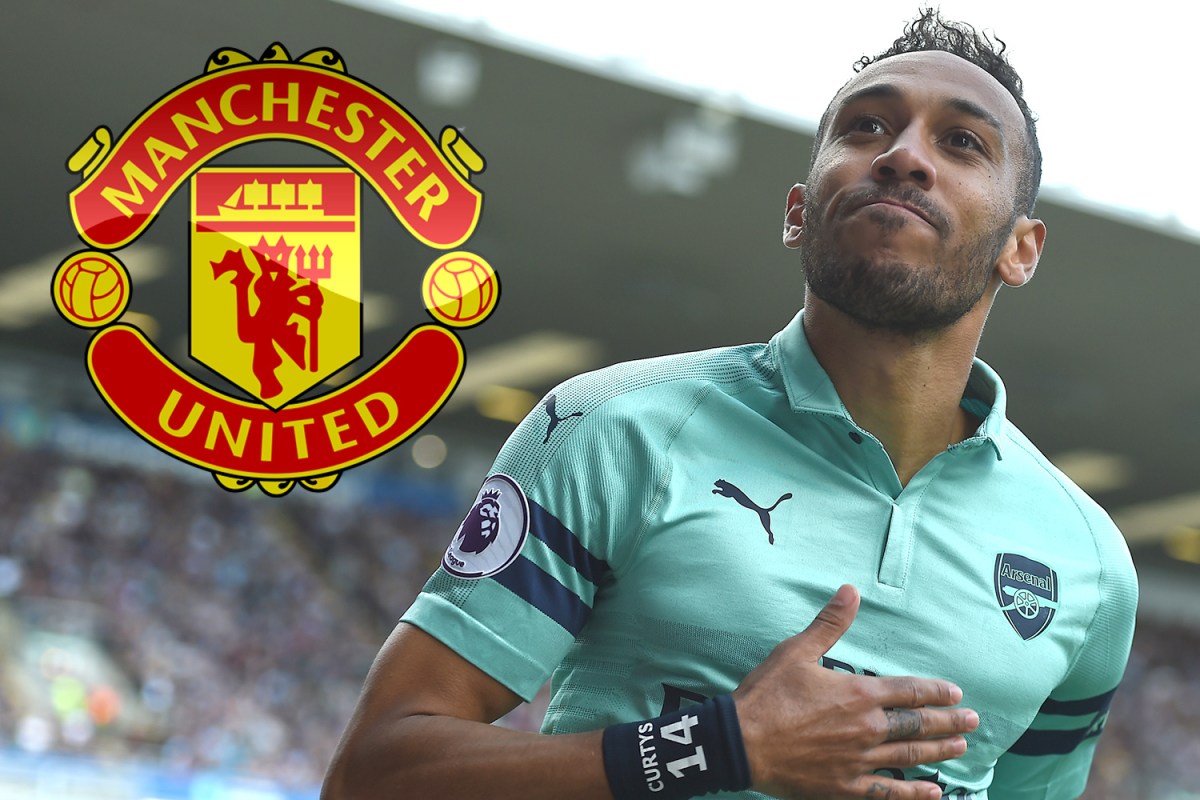 ARSENAL striker Pierre-Emerick Aubameyang is being chased by Manchester United in a staggering £70million deal, according to reports.

TalkSPORT have revealed a very reliable source has told them Ole Gunnar Solskjaer is set to launch a first bid for the Gabon star, 29, to inject some raw pace to his team.

The Norwegian boss is less-than-thrilled with Romelu Lukaku – who looks set to join Inter Milan this summer.

Aubamayeng has just two years left to run on his current deal at the Gunners and could join Robin van Persie in swapping North London for Old Trafford.

Goldstein said: “I’ve got somebody on the inside… not at United, by the way.

“He has told me that United are interested in signing Aubameyang.

Goldstein also said he’s been led to believe Solskjaer will be ditching Lukaku – who’s been unimpressive since his £75m 2017 move.

Speaking on talkSPORT, he continued: “Lukaku isn’t doing it for Solskjaer, I’m led to believe.”

Jason Cundy replied to the Aubameyang news, by adding: “Well that means Lukaku is moving on doesn’t it.”

Recent reports had suggested both Auba and strike-partner Alexandre Lacazette were set to pen fresh deals, in excess of £200,000-a-week.

But no contracts appear to have been tabled yet – with Aubameyang, who has been lapping up the Miami sun, far more likely to leave the club than Lacazette under Unai Emery’s leadership.