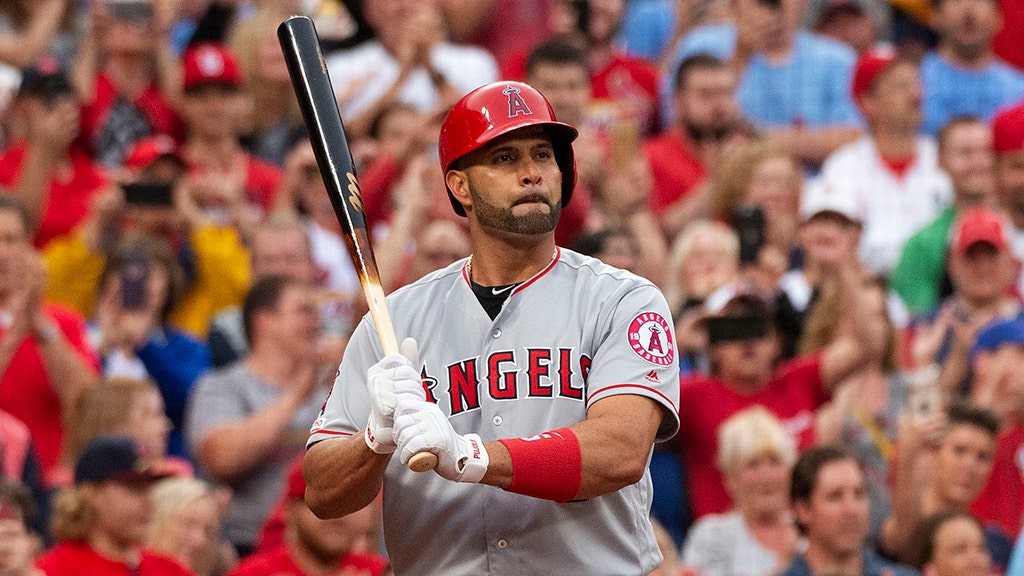 Baseball legend Albert Pujols captured the hearts of more than just his loyal St. Louis fan base this week after he was seen in a touching moment giving the jersey off his back to a young fan with Down syndrome.

Joe Squarini, of Fort Lauderale, and son Nico attended Tuesday night’s game against the Toronto Blue Jays when the young boy got the attention of the Los Angeles Angels first baseman around the top of the 9th inning.

In a video that has since gone viral, Nico is seen holding out a pen for Pujols to sign his jersey.

Members of the crowd praised the class act, saying, “We love you, Albert!” and “You’re the best Albert!”

Pujols removed his jersey before he signs both his and Nico’s, then lifted the super fan up and taking a picture.

Pujols has a special place in his heart for children with Down syndrome after he started the Pujols Family Foundation in 2005 in honor of their own daughter who has Down syndrome, Fox 2 reported.

The 39-year-old spent 11 years with the St. Louis Cardinals before signing with the Angels following the 2011 season. He was a three-time National League MVP, nine-time All-Star, a six-time Silver Slugger and a two-time Gold Glove winner. Pujols led the Cardinals to championships in 2006 and 2011 and to another World Series appearance in 2004.

Squarini thanked Pujols on Twitter: “You made our night. Nico will never forget you.”

The Associated Press contributed to this report.

All rights and copyright belong to the author:
Source – https://www.foxnews.com/sports/baseball-legend-albert-pujols-takes-the-jersey-off-his-back-for-young-fan-with-down-syndrome

Mermaids are taking over New York this weekend. Here's why