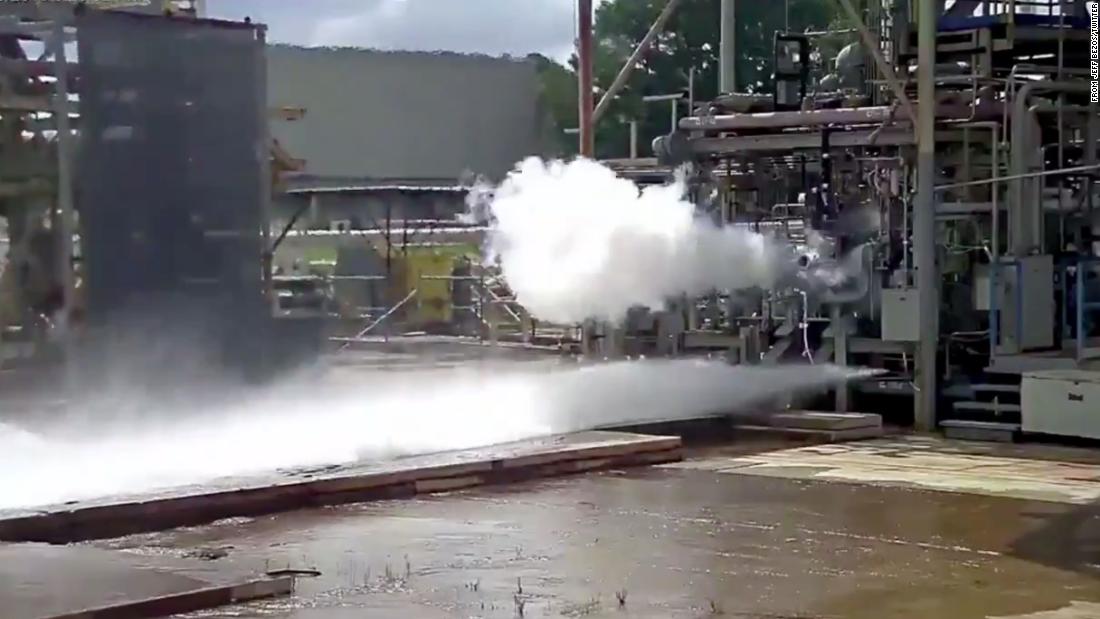 The company has its sights set on the moon — where only governments have landed. Bezos, the billionaire founder of Amazon (AMZN) and longtime space fanatic, began hawking his plans to change that last month by showing off a mockup of Blue Origin’s lunar lander, called Blue Moon.

Three years of work have already gone into developing the spacecraft, but at an event on May 9, Bezos said there was a key problem that Blue Origin needed solved: the rocket engine.

Blue Origin’s answer is an engine called BE-7, and this week it underwent its first-ever test fire. The rocket lit up for 35-seconds, allowing engineers to check for any flaws or risks, and everything appeared to go well.

Landing on the moon requires extremely precise propulsion capabilities, even more precise than a launch vehicle or other types of spacecrafts, in order to make a soft touchdown and a safe liftoff back into space.

There’s still a long road ahead for the BE-7 engine. It was the first of many, many tests that the BE-7 will likely undergo before a Blue Moon lander is ever strapped to a rocket and flown to space. Blue Origin hopes that will happen for the first time in 2024. For an actual moon landing, the engine will need to fire for about six minutes, Bezos has said.

Bezos’s ultimate goal for Blue Moon is to help usher in a new lunar economy, where companies have reliable access to the moon and can work on everything from resource mining to scientific exploration. One day, he hopes there will be “thousands of entrepreneurs” working in space.

In the nearer term, Blue Moon could get serious backing from NASA. The space agency has its sights set on returning astronauts to the lunar surface in 2024, and Blue Origin has already made a short list of companies who could help build a crew-worthy lunar lander.
All rights and copyright belong to the author:
Source – https://edition.cnn.com/2019/06/21/tech/jeff-bezos-blue-origin-moon-lander-test-fire/index.html?utm_source=feedburner&utm_medium=feed&utm_campaign=Feed%3A+rss%2Fcnn_latest+%28RSS%3A+CNN+-+Most+Recent%29