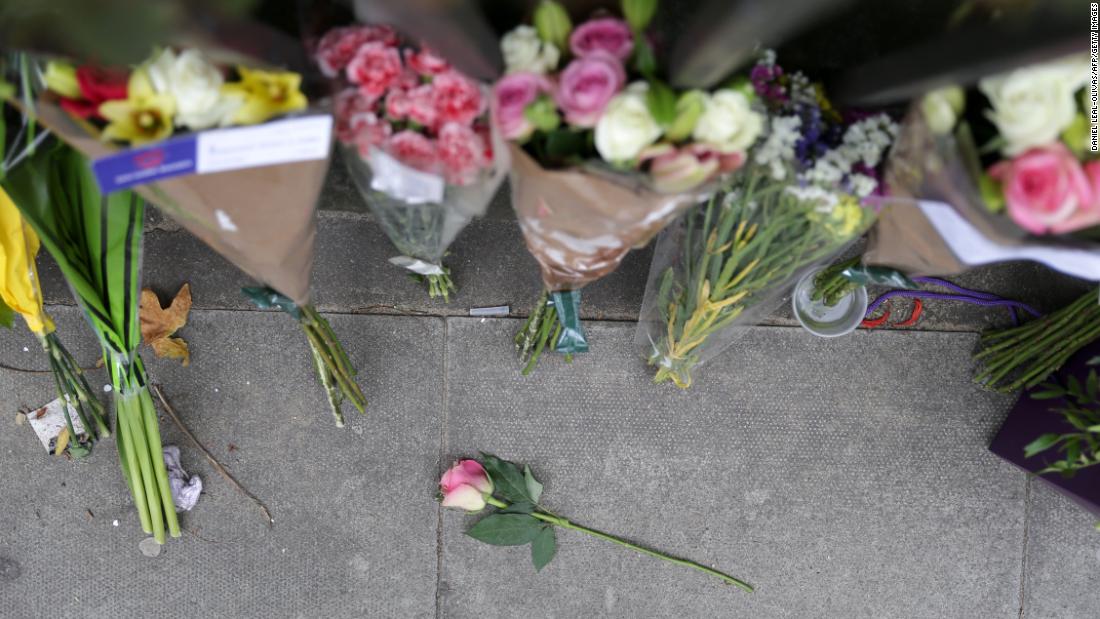 Few weekends pass without reports of violence in the country, while flowers laid on London street corners serve as a near-daily reminder of its results.

And while London is the worst-affected region, the problem is a national one; police recorded a total of 40,577 offenses involving a knife or sharp instrument last year — 10,000 more than in 2011 — while knife offenses have risen for five consecutive years.

But as the problem gets worse, lawmakers and officials have tangled themselves in a patchwork of short-lived policies and hastily proposed approaches.

Earlier this month, a regional police force was ridiculed for issuing knives with blunt edges to domestic violence victims, believing it could reduce the risk of attacks within the home.

Scott Mann, a Conservative MP, suffered a similar fate in March when he called for every knife sold in the UK to be fitted with a GPS tracker.

The Children’s Commissioner, Anne Longfield, floated keeping schools open in the evenings and at weekends to prevent attacks, which have been linked in frequency to closing times — but observers questioned how such a plan could work, with numerous schools across the UK already struggling to keep up amid funding cuts.

Even supermarkets have joined in the search for a solution, with some, including Asda, refusing to sell individual knives in a bid to prevent them being used for violence.

A plan to track offenders when they leave prison is also being tested in London, while the Home Office announced in January that children as young as 12 could be hit with social media bans or curfews to prevent them joining gangs.

But despite all the efforts, knife crime continues to rise. And for those who understand the effect of violence first-hand, the attempts are doomed to fail.

‘The solution is in the people doing this’

“They’re missing the point,” said Patsy McKie, founding member of campaigning group Mothers Against Violence, of the various fixes put forward by politicians and authorities. “They don’t know any better, so they’re trying some things out … but we have to look at things from a different perspective.”

McKie knows the effects of violence more than most; her son, Dorrie, was shot dead in Manchester in 1999. “The pain I felt for my son, he was part of me and then ripped away from me — even now it’s unexplainable,” she tells CNN. “I don’t think there’s words to explain that.”

But McKie has turned her pain into action, meeting schoolchildren and prisoners who have become involved with knife crime — and she believes policymakers should do the same.

“I believe the solution is in the people who actually are doing this,” she said. “Sometimes they don’t even realize why they have done it … until you get deeper with them.”

“But because of my openness and my answers to their questions, they started unloading,” she said. “I just go in and I’ll listen.”

McKie has noticed a number of similarities in the backgrounds of young people involved in crime — unstable home lives, fear of peers carrying knives, drug use, a desire to allievate pain — that she feels should be informing top-down approaches.

“They don’t really talk to the young people enough,” she said, adding: “would they listen?”

Police in the city, which has struggled to shake a reputation as a hot-spot for violence, issued blunt knives to domestic violence victims — a move panned on social media and covered with derision in international publications including the New York Times.

But for many within policing, such left-field efforts are an inevitable symptom of a far wider problem.

“We need investment, and I’m talking billions,” said John Apter, National Chair of the Police Federation, which represents rank-and-file officers. He went on to criticize the “devastating cuts” that have come to define the program of austerity pursued by Conservative-led governments since 2010.

“We are struggling to answer 999 calls, let alone investigate crimes,” he added. “We do the best we can with the little we’ve got — which is why we see some initiatives which are little more than papering over the cracks.”

That program of cuts to policing numbers was spearheaded by Theresa May, who served as home secretary (interior minister) before she became Prime Minister, who has frequently sparred with the Police Federation, which represents rank-and-file officers, over the issue. May will leave office next month after being ousted by her party over her failure to take the UK out of the European Union.

The course May followed, in Apter’s view, has sparked a culture in which authorities and politicians are forced to reach for radical short-term solutions — some of which are ridiculed as soon as they’re implemented.

“The legacy that the Prime Minister leaves on policing and violent crime is nothing to be proud of at all,” he said. “She has left a broken police service.”

“There are some really good people in politics who want to do the right thing. Theresa May is not one of those people,” Apter adds. “I think the best thing for the country was when (she) announced she was moving on.”

Apter is not alone in blaming cutbacks for the problem: opposition lawmakers, including Labour leader Jeremy Corbyn and London Mayor Sadiq Khan, have been similarly scathing in their views.

“We cannot hide from the fact that efforts to tackle violence have been made much more difficult by the government’s devastating cuts to the police and youth services, local councils and charities across our city. Cuts have consequences,” a spokesperson for Khan’s office told CNN, adding: “Cuts have consequences.”

When CNN approached Downing Street for comment, it pointed to May’s previous statements on the issue.

On May 1, in response to questions in parliament by Corbyn, the Prime Minister said on the whole “crime is down by a third” adding that around £1 billion ($1.3 billion) “more money (was made) available to the police this year.”

“Police and crime commissioners plan to recruit 3,000 more police officers. But, to tackle knife crime and serious violence — yes, we are concerned about it, which is why we brought forward the serious violence strategy,” she added.

“We also need to deal with drug crime, turn young people away from violence and ensure that the police and others have the powers to do their job.”

This is easier said than done though, when funding is under such pressure, according to Patrick Green, CEO of leading anti-knife crime charity the Ben Kinsella Trust.

“If you lose police officers and you lose youth workers and youth centers, you’re creating a cocktail for disaster,” he said.

“Nearly every one of those politicians has done something reactive to address the (knife crime) situation, but it’s only ever been reactive. We really should be asking, what are the root causes of this,” he said.

The answer could lie close to home.

As violent crime continues to rise in most of the UK, one part of the country is writing a different narrative.

The homicide rate in Scotland is at its lowest since the 1970s. Knives are still the most comment instrument used in violent crime — but just 59 murders were recorded north of the border in the past year, compared to 97 a decade ago.

The figures are no accident, Scottish authorities say. They’re the result of a sustained, patient approach that dismissed short-term fixes, instead treating knife crime as a public health problem.

And for those involved in the project, the reactive approaches taken in England show that a similar attitude needs to be adopted.

“Are you looking for long-term solutions or are you looking to short-term fixes?” asked Will Linden, the Co-Deputy Director of Scotland’s Violence Reduction Unit, which has worked since 2005 to reduce rates of knife crime.

“There’s a number of things out there — knife blunting, GPS trackers — and there’s nothing necessarily wrong with that,” Linden told CNN. “But where we come from, we ask: why do you feel you had to pick up the kitchen knife in the first place?

“A knife is a tool,” he said. “Some people use it to make dinner, other people use it for violence — and if that didn’t work they would use something else.

“So what you have to do is address that behavior — and that takes a long-term approach,” he added.

The Scottish strategy borrowed from plans in US cities such as Boston, which have seen a reduction in violence over recent decades. It saw officers talking directly with gang members, included a heavy emphasis on education — and crucially, it took years before an improvement was noticed.

“These are complicated issues and challenges that we face — you’re never going to fix it first time,” Linden said.

But the results are clear now, and Green is urging British leaders to show a similar patience.

“The Scottish model bucked the trends for a number of reason — they really embraced the preventive and early intervention model,” he said.

“We hope that they would take same approach” in England, he added. “It shouldn’t all be about quick fixes, it has to be about tackling key features that create and drive knife crime.”

“The next prime minster needs to show leadership, bring all the parties together, and look for a solution to this that goes beyond the short-term fixes — that looks 10, 20 years ahead,” he said. “It’s very difficult to stop this immediately.”

All rights and copyright belong to the author:
Source – https://edition.cnn.com/2019/06/24/uk/knife-crime-uk-solutions-gbr-intl/index.html?utm_source=feedburner&utm_medium=feed&utm_campaign=Feed%3A+rss%2Fcnn_latest+%28RSS%3A+CNN+-+Most+Recent%29