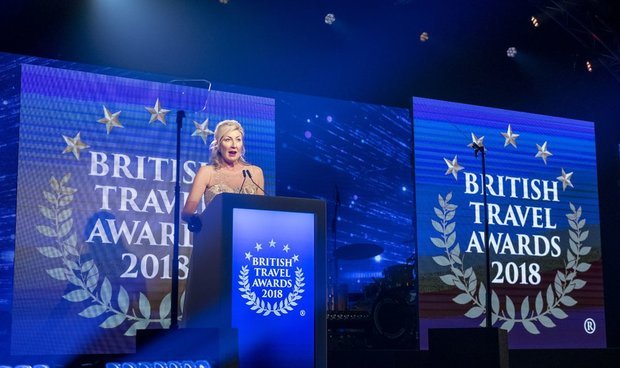 The Awards serve to recognise all that is great about travel, as experienced by you the travelling consumer.

This year there are 83 award categories covering a comprehensive range of products and services experienced by customers when planning, booking and taking their holidays; but don’t worry you don’t have to vote in every category, you can dip in and out for as many or as few as you want, right through to 30 September.

And as a thank you for taking the trouble to go online and vote you’ll be entered into a prize draw with more than £30,000 worth of travel prizes to be won, including holiday vouchers, for example, a £2,000 James Villa Holidays voucher; cruises including a Viking River Cruise 8 day cruise for two: and package holidays including a Ionian and Agean Island Holidays villa holiday, including flights on the stunning island of Kefalonia.

The 2019 British Travel Awards’ winners will be announced at a Gala ceremony in London on November 27.

BTA CEO Lorraine Barnes Burton said: “It’s now more than ten years since the BTAs became the largest consumer voted awards ceremony in travel. Our core values of integrity, transparency and credibility have made the BTAs the most recognised and valued awards programme for both the travel industry and the all-important voting consumers. Our continued development of rigorous vote collation procedures is enhanced year on year via our partnership with awards verification partners and scrutineers, Deloitte.”

To vote go to www.britishtravelawards.com