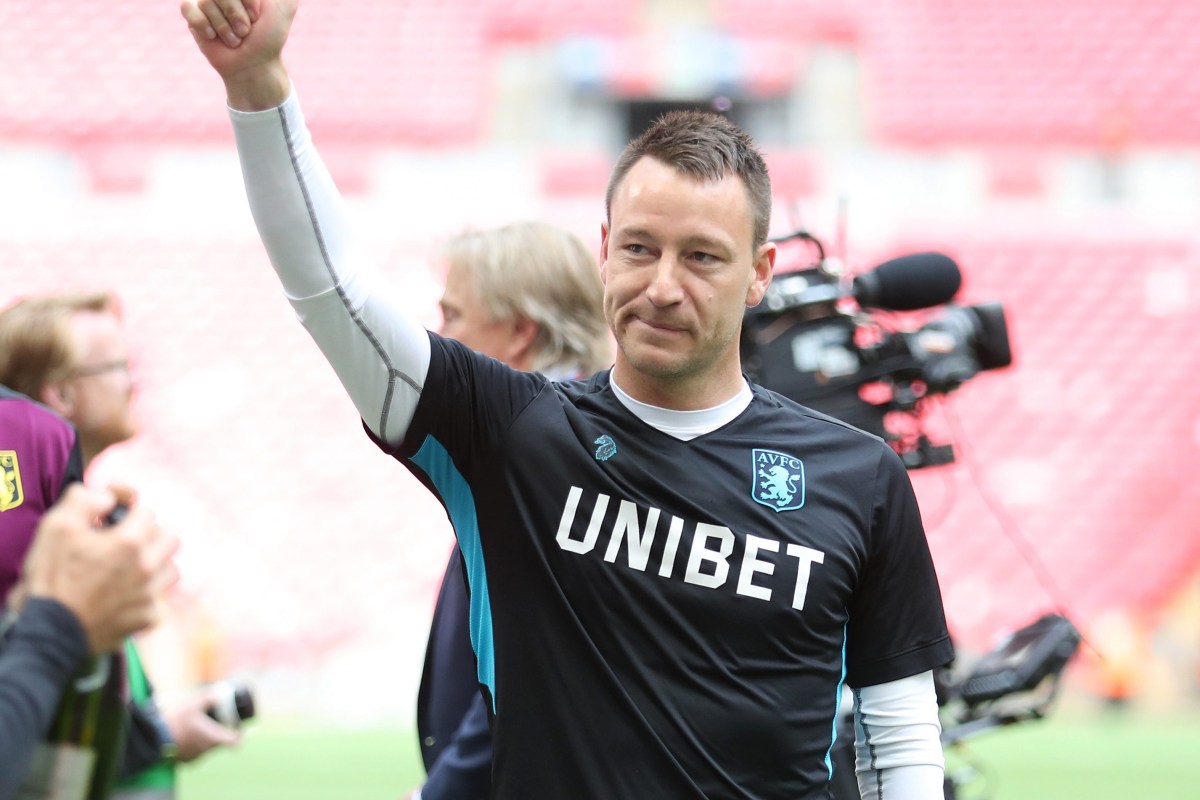 JOHN TERRY has extended his contract as Aston Villa No2.

The Chelsea legend, 38, had been touted as a potential replacement for Frank Lampard if he landed the Stamford Bridge job.

But after helping Dean Smith guide the Villans back to the Premier League, he has signed up for two more years.

Villa chief Smith said: “I am really pleased that JT has extended his current deal as he is a pleasure to work with.

“We have had a successful start to our Villa coaching careers and JT has been instrumental in joining myself, Richard O’Kelly and Neil Cutler.

“He has complimented the team that we have and I have no doubts he will go on to be a top manager in the years to come.

“Our focus now is on the coming season and to try to continue the progress we have had in the past eight months.”

Securing Terry’s extension is a big boost for Villa Park chiefs as they plan for their top-flight return.

And the club can now turn their attention towards bringing in more talent to help in their fight against the drop.

Yesterday The Sun revealed that Villa are making a shock £12million move for Bristol City’s giant centre-half Adam Webster in a bid to strengthen their Premier League squad.

Smith needs two defenders after Axel Tuanzebe returned to Manchester United, while Bournemouth are haggling over a fee for Tyrone Mings.

Tuanzebe is due to take part in pre-season with Ole Gunnar Solskjaer’s side, while the Villans are refusing to pay over the odds for Mings after reviving his career.

Lampard will be Chelsea boss and wants Drogba in backroom team…however, no job for Terry and Zola fears axe
All rights and copyright belong to the author:
Source – https://www.thesun.co.uk/sport/football/premierleague/9331299/john-terry-contract-aston-villa-assistant/
Daily Sports