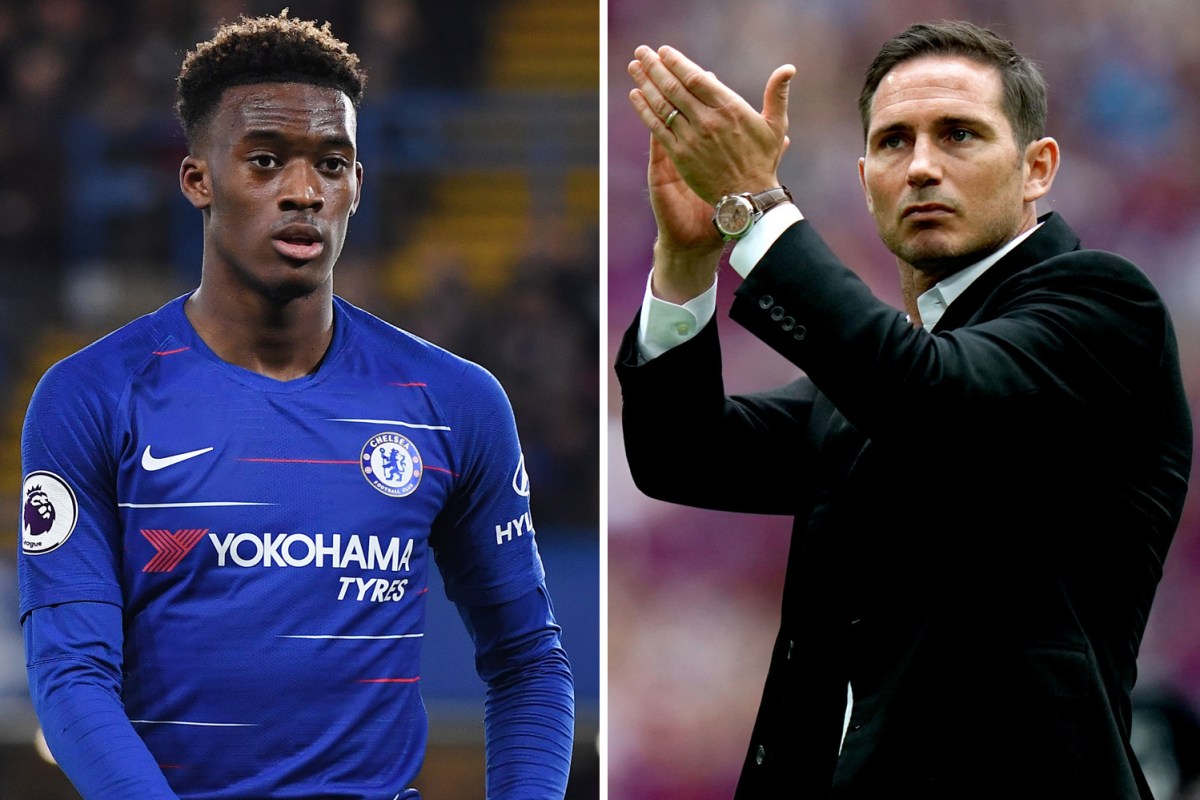 CHELSEA want Frank Lampard to convince Callum Hudson-Odoi to stay at the club if he takes over from Maurizio Sarri, reports claim.

The Blues are keen to tie the 18-year-old winger down to a new deal, but long-term admirers Bayern Munich still want to sign him this summer.

According to Bavarian Football Works, Lampard will take on the task of extending the youngster’s contract before it expires next summer.

Bayern Munich have been interested in Hudson-Odoi for 12 months, but saw a £35m bid for him rejected in January.

But SunSport exclusively revealed that the England striker will only put pen to paper if he is guaranteed first-team football.

The source claims that Chelsea’s relationship with the player will change if Lampard leaves Derby to join them.

Lampard is set for talks with Roman Abramovich on his yacht this week over the vacant role at his former club.

In a desperate bid to keep hold of Hudson-Odoi, Chelsea are willing to give him the iconic No10 shirt following Eden Hazard’s switch to Real Madrid.

Hudson-Odoi handed in a transfer request in January after he struggled for minutes under Maurizio Sarri.

He forced his way into the first-team towards the end of last season and scored five times before he suffered a horror injury against Burnley.

The in-demand forward is recovering from Achilles surgery and hopes to start training during pre-season before his return in September.

Frank Lampard on collision course with Derby over transfer of Chelsea right-back Todd Kane
All rights and copyright belong to the author:
Source – https://www.thesun.co.uk/sport/football/9328261/chelsea-frank-lampard-callum-hudson-odoi-bayern/