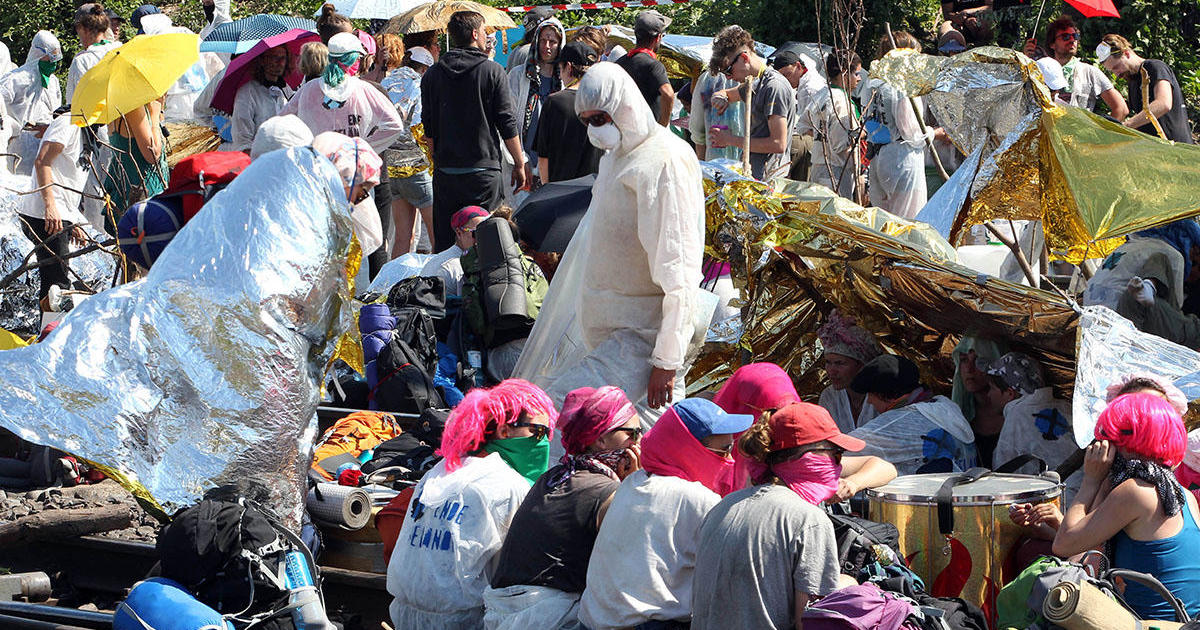 Berlin — Hundreds of climate activists called an end to their protest Sunday inside one of Germany’s biggest open-pit mines after police repeatedly ordered them to leave, citing life-threatening danger and authorities pulled some protesters out.

“We wrote climate history this weekend,” the activist group End of Story said as it halted the protest. “Our movement has never been so diverse and never been so determined.”

The Garzweiler lignite coal mine has been the focal point of environmental protests since Friday, when 40,000 students rallied for more government action against climate change in the nearby city of Aachen. The demonstrations began just hours after European Union leaders failed at a summit to agree on how to make the EU carbon neutral by 2050.

On Saturday, some demonstrators blocked the railroad tracks used to transport coal before others broke through a police cordon to enter the mine. Protesters and police accused each other of combative behavior in the mine and of causing injuries. Police said eight officers were injured in scuffles with protesters.

Police cut the locks the protesters had used to chain themselves to the railway tracks and then carried the protesters out one by one. Inside the mine, some protesters left voluntarily, while others were taken on buses and driven out of the mine. Police took the identities of all demonstrators before letting them go.

The mine has been the focus of many protests in recent years because the operator, German utility company RWE, planned to cut down a forest to enlarge it.

Later Sunday, Aachen police tweeted that RWE had filed a criminal complaint against those protesters who had locked themselves to the tracks. The utility company had stopped mining during the three days of protests.

Following months of climate protests by students and a sharp rise in the polls for Germany’s Greens party, German Chancellor Angela Merkel recently threw her weight behind the goal of making Germany climate neutral by 2050. That would mean the country’s economy no longer would add greenhouse gases to the atmosphere.

All rights and copyright belong to the author:
Source – https://www.cbsnews.com/news/climate-change-protests-german-coal-mine-police-remove-demonstrators-today-2019-06-23/