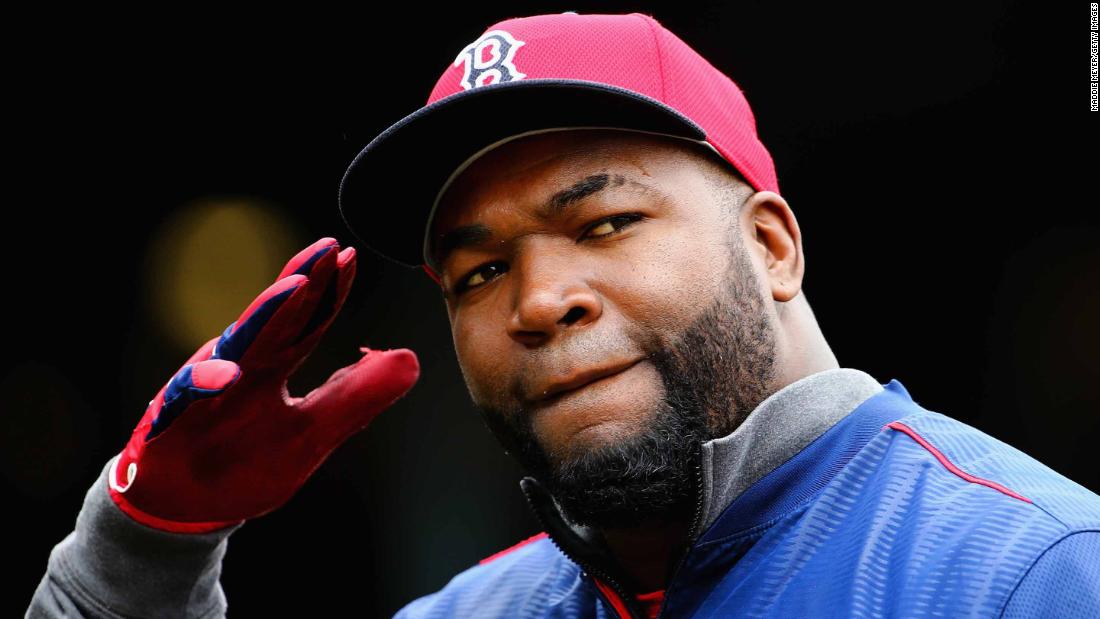 “A lot of people don’t believe it, but I go with what the national authorities say,” said Luis Mercedes, 72, who watched a young Ortiz develop his skills in his league decades ago.

The extraordinary twist in what police initially called a murder-for-hire plot has divided the baseball-crazed Caribbean nation of 11 million people. Many Dominicans, long suspicious of their government, question the validity of the theory that it was a case of mistaken identity.

“That’s what the national police says,” said Mercedes, who prefers to talk about Ortiz’s long, storied career and well-known charitable deeds. “I didn’t say it.”

‘The story of the year’

Ortiz was on a crowded patio at the Dial Bar and Lounge in Santo Domingo the night of June 9 when a gunman shot him in the back.

Days later, a prosecution spokesman dismissed reports that Ortiz was not the intended victim, saying he doubted any Dominican would not recognize the hulking former baseball star nicknamed Big Papi.

But Attorney General Jean Alain Rodríguez Sanchez, who referring to Ortiz as “our beloved Big Papi,’ on Wednesday stunned the nation with a new development. A friend of Ortiz — a local auto repair shop owner who shared a table with Ortiz at the outdoor bar — was the target of the botched hit, he said.

“It’s the story of the year,” Mercedes said in a telephone interview. “That’s all people talk about. But I don’t really want to touch the subject. What happened to David Ortiz is lamentable.”

Others talk about little else.

“In restaurants, in supermarkets, in pharmacies, it’s David Ortiz all the time,” said Bienvenido Rojas, a longtime sports reporter for Diario Libre in the capital of Santo Domingo. “Can you believe this? What do you think really happened?”

Dominicans have harbored a healthy dose of skepticism about government pronouncements since the days of the violent dictatorship of Rafael Trujillo, who, beginning in 1930, ruled with an iron fist for about three decades.

“As a principle, Dominicans don’t believe official accounts,” Rojas said. “It dates to the Trujillo era.”

Doubts about the Ortiz investigation also stem from the fact authorities now say the real target was Sixto David Fernandez, a friend of Ortiz. While police say the men were dressed similarly, they have different physical appearances.

Ortiz is a strapping 6’3 and 250 pounds, according to the Red Sox. He’s one of the most famous and recognizable athletes in the world. Fernandez is smaller and thinner, with a lighter complexion.

“They don’t look alike at all,” Rojas said. “Some people will tell you that even a breastfeeding infant can identify David Ortiz.”

Asked Franklin Segura, a 31-year-old civil engineer in the capital: “How can this be a case of mistaken identity? It’s hard to believe that someone doesn’t recognize Big Papi, number 34.”

The suspected hit man was only sent a blurry photo of Fernandez, authorities said. The lighting that night made the shooter confuse one for the other, they said.

Authorities have arrested 11 suspects so far. Three suspects remain at large, including the man police identified as the mastermind, Victor Hugo Gomez, a cousin of Fernandez.

Suspecting that Fernandez had turned him in to law enforcement in 2011, Gomez directed the hit on Fernandez from the United States through a sprawling web of contacts in the Dominican Republic, authorities said.

So why wait eight years to exact revenge? And do so in such a public setting?

“They could have carried this out elsewhere, in a place without cameras every 50 meters,” Rojas said.

“People want to know the truth,” he added. “They are divided. I would say about 70 percent of people don’t believe the police version.”

Rojas and others said the flashy Ortiz was regularly seen around the capital at bars and clubs frequented by disreputable characters in a country long known for corruption, narcotrafficking and money laundering.

“David is immensely popular though the truth is some of the people with him that day were not what you would call good Catholics,” Rojas said.

Ortiz’s larger-than-life character and popularity made it impossible for him to avoid mixing with figures from the Dominican underworld, Segura said.

“When you start hanging out with ‘tigueres’ (Dominican slang for street toughs), you sometimes have to show that you’re a ‘tiguere,'” he said.

“A lot of former players hang out with ‘reggaeton’ artists and ‘tigueres.’ They go to clubs and bars. It’s like they’re living the life that perhaps as players they couldn’t enjoy.”

On June 9, a hitman’s bullet passed through Ortiz, perforating his intestines and internal organs before striking his friend, TV talk show host Jhoel Lopez, in the leg. Ortiz is hospitalized in Boston. He was upgraded to good condition on Tuesday. Lopez’s wife has said he is recovering as well.

“I believe the government wants to get this incident out of the news,” Rojas said. “It’s all consuming. It’s all you hear from the time you get up in the morning.”

All rights and copyright belong to the author:
Source – https://edition.cnn.com/2019/06/22/americas/david-ortiz-dominican-republic-investigation-skeptics/index.html?utm_source=feedburner&utm_medium=feed&utm_campaign=Feed%3A+rss%2Fcnn_latest+%28RSS%3A+CNN+-+Most+Recent%29