Does Trump want a war with Iran? 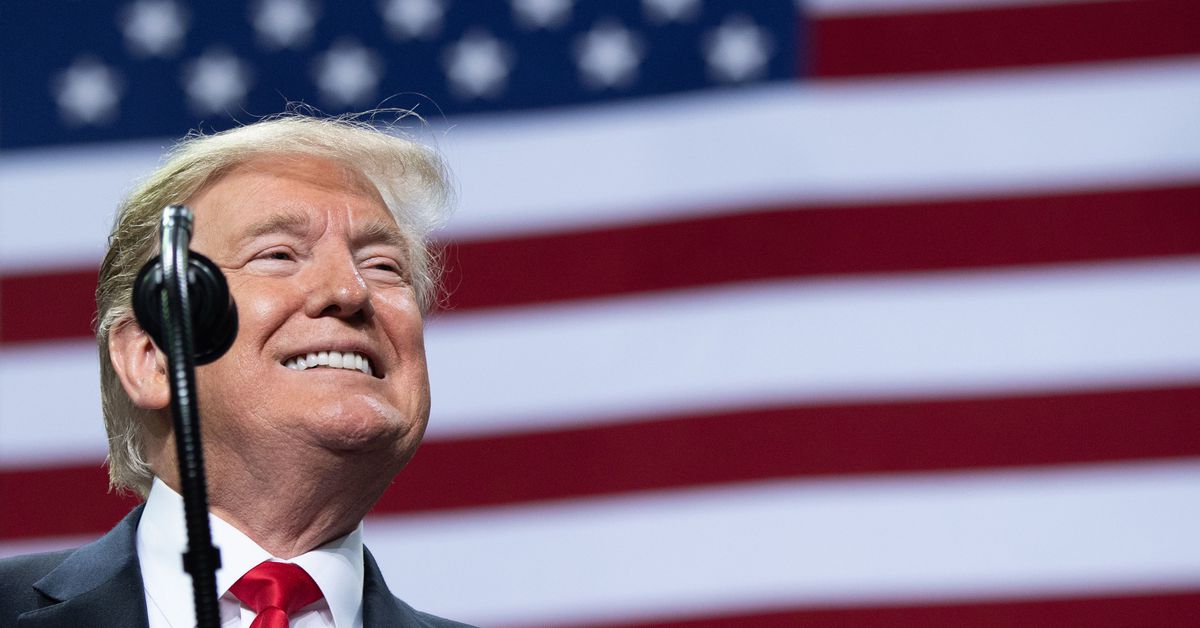 Despite escalating tensions with Iran, contemplated military strikes, and hawkish advisers egging him on, President Donald Trump continues to insist that he really, truly does not want a war.

So is he on the level?

We don’t need to rely entirely on taking the president’s words in good faith. Trump has some very good, self-interested reasons to try to stay out of a major military conflict. It would infuriate some of his most fervent supporters, risk economic turmoil, and violate a campaign promise shortly before he’s up for reelection in 2020.

The problem? Trump also appears to believe that both his foreign policy strategy and personal brand hinge on being seen as “tough.” With longtime supporters of regime change in Iran holding Trump’s ear, Iran responding aggressively to his “maximum pressure” campaign, and a risk of miscalculation or further escalations from each side spiraling ever higher, he may decide that he doesn’t want to be seen as weak.

So the ideal outcome for Trump appears to be that he presents himself as extremely “tough” without actually having to deal with a prolonged war. But if he decides he’s failed to achieve that, it’s unclear what his next move would be — and there are some incentives that could spur him toward military retaliation.

The factors pushing Trump against war

His assessment of the Bush administration: Though Trump’s claim that he always opposed the war in Iraq is false, in recent years he has repeatedly opined that Bush’s war was a terrible blunder. In 2016, he said on a Republican debate stage that it “may have been the worst decision” in presidential history. He reiterated that assessment after winning the presidency, saying in 2018 that it was “the single worst decision ever made” and comparing it to “throwing a big fat brick into a hornet’s nest.” So naturally, it would seem, he would not want to replicate this decision by getting bogged down in a forever war with Iraq’s larger neighbor.

The economy: As his reelection campaign kicks off, Trump likely knows that the best thing he has going for him is the state of the economy — and that a major new war would imperil that. For instance, oil prices surged after Trump seemingly threatened Iran in a tweet Thursday morning, saying Tehran “made a very big mistake!” by shooting down an unmanned US drone. Trump has certainly been willing to risk market turmoil on some fronts — like for his trade war — but a large-scale war could mean yet more instability and risk. (My colleague Alex Ward reports that, per one official, one factor in Trump’s calling off the planned strike Thursday night was concern over potential damage to the US economy.)

The “America First-ers”: Though for decades the dominant faction in Republican Party has supported a vigorous US role abroad, there’s also been a strain of “America First” conservative thought that has rebelled against these ideas. They’ve argued that the US should not deepen its involvement in faraway conflicts and are weary from the American lives lost after nearly two decades of post-9/11 wars. Trump explicitly championed this worldview during his campaign, and has continuously reaffirmed that mantra since being elected — during his inauguration speech, at global foreign policy conferences, and in his meetings with other world leaders.

Some prominent figures now associated with this line of thinking have been among Trump’s biggest fans, such as Tucker Carlson, Laura Ingraham, and Ann Coulter. Many of them are urging Trump not to let the GOP establishment spur him into a war with Iran. “We must be wary of doing anything that will draw us into another long-term conflict in the region,” Ingraham said on her Fox show this week.

Reelection is coming: Finally, and related to all of the above, the 2020 election is less than a year and a half away. And whatever the current situation may be, Trump ran last time on a promise to avoid new foreign entanglements — and he will most likely want to argue that he kept that promise. If he’s too aggressive now, he could start a conflict that would spiral out of control and not be resolved by November 2020.

Some have wondered if a war could actually help Trump’s reelection, pointing to the “rally ‘round the flag” effect (basically, that a president’s approval rating often improves in times of national crisis). But that’s questionable, considering how calcified Trump’s own approval rating has been. A Reuters/Ipsos poll showed that American support for attacking Iran largely depends on which side is viewed as the aggressor — so Trump would face a challenge convincing the majority of the public who disapproves of him that a war is justified.

His love for making unhinged threats: For a guy who claims to have distaste for wars, Trump certainly does love making aggressive threats, particularly when he feels he’s being provoked. He famously told North Korea in 2017 that it could face “fire and fury like the world has never seen.” And he’s made similar threats to Iran in the past.

There may be some strategy in this approach — an effort by Trump to bluff, deter, or simply appear strong in hopes of forcing concessions. And in the case of North Korea, Trump ended up agreeing to talks with Kim Jong Un and now tends to lavish the dictator with praise. (He only took two months after the above tweet to take a markedly different tone with Iran’s president as well.)

But there’s danger, too. Trump may end up feeling boxed in by his own rhetoric — that he has to attack or he’ll lose face. It could also lead to miscalculation on Iran’s part, or a series of escalations that get out of control as neither side wants to back down.

Trump’s personnel choices: For a guy who claims to believe the Iraq war was a horrible mistake, it sure is odd that Trump chose arguably the most infamous hawk in the US foreign policy establishment — John Bolton — as his national security adviser. Bolton has long advocated regime change and military action against Iran. Secretary of State Mike Pompeo, too, supports an aggressive anti-Iran policy.

Meanwhile, Trump’s failure to fill the secretary of defense job with a permanent appointee since James Mattis’s departure last December has left the Pentagon hobbled, and made it more difficult for them to advocate restraint.

His personal brand: In addition to viewing it as strategically useful for the United States to protect toughness and strength, Trump may have another concern: his personal brand.

Back during the campaign, Trump made sure no political attack on him would go unanswered. If anyone went after him, he would hit back much harder. He seemed obsessed with responding to even the pettiest slights, and driven by a desire to avoid appearing weak. Applying a similar mentality to foreign policy exchanges could lead to some bad places.

What will he do?

One leading possibility is that, in his effort to reconcile his desire for “toughness” with avoidance of a full-scale war, Trump will opt for some sort of strike he views as limited.

This is, after all, how he responded to one of the first major foreign crises of his presidency. Outraged over a chemical attack carried out by the Syrian government inside the country, Trump approved the launch of 59 missiles at a Syrian air base in April 2017. But he did not launch a broader campaign. (He approved a similar limited strike in Syria the following year, in response to another chemical attack.)

As of Thursday night, however, Trump had shied away from this, saying the plan presented to him would have resulted in too many casualties to make it a “proportionate” response to the downing of a drone. Still, a new provocation could change his mind, or he could approve some sort of more limited strike than that.

In any case, as we all try and calculate what Trump will decide — which of his warring impulses will win out — you can bet Iran is doing the same.