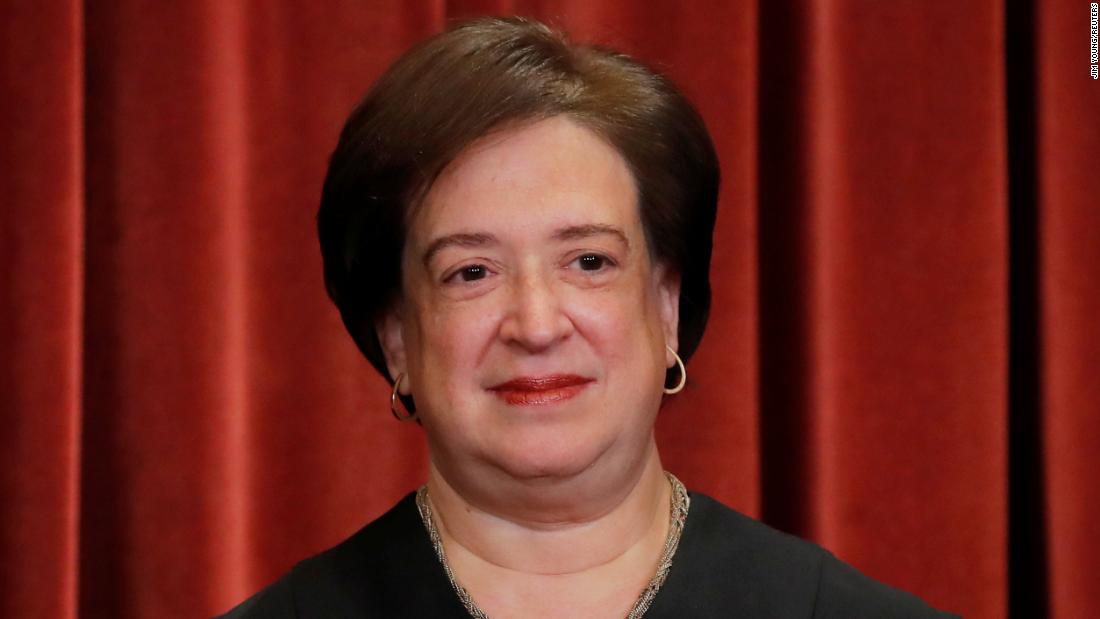 Kagan was dissenting from a case pitting a property owner against the government, but the liberal justice made clear that she was also looking forward, laying a marker and insinuating that the newly solidified conservative majority may be similarly dismissive of precedent in other areas. Those areas could include access to abortion, affirmative action and LGBT rights — all issues making their way up to the high court.

Kagan’s lament matched that of Ruth Bader Ginsburg last week when Ginsburg called the retirement of swing vote Justice Anthony Kennedy “the greatest consequence” of the current term and “perhaps for many terms ahead.”

In her opinion, Kagan also nodded to a dissenting opinion that Stephen Breyer wrote last month when the majority overturned precedent in a case called Franchise Tax Board of California v. Hyatt concerning whether a state can be sued in another state’s court without its consent.

“Today’s decision can only cause one to wonder which cases the Court will overrule next,” Breyer said at the time, name-checking a 1992 opinion that reaffirmed the Roe v. Wade ruling legalizing abortion.

In Friday’s opinion, Kagan picked up on Breyer’s line.

“Well, that didn’t take long,” she lamented. “Now one may wonder yet again.”

The court prides itself on its civility on the bench, trying to stay away from the divisive fray that has infected the other two branches of government. But the justices’ anger often surfaces in their work product.

“Once again, the bigger issue here isn’t the specific constitutional question with which the Justices grappled in this case, but the broader transformation that appears to be under way with respect to when the Court will and will not be bound by its prior precedent,” said Steve Vladeck, CNN Supreme Court analyst and professor at the University of Texas School of Law. “And the fact that this debate is playing out over and over again in cases that are less publicly divisive seems to be suggesting that all of the justices are waiting for an even bigger case where the dispute is front and center — which we might see as early as next Monday.”

Next week, the Supreme Court will wrap up its term. Of the dozen opinions that remain, in two important ones the justices are being asked to overturn precedent. One concerns when politicians go too far in drawing district lines for partisan gain and the other concerns the scope of regulatory power.

What Roberts and Thomas said

Friday’s case concerned when property owners can sue the government to claim its actions were an unconstitutional “taking.” The Fifth Amendment states that “private property (shall not be) taken for public use, without just compensation.”

The plaintiff, Rose Mary Knick, has a cemetery on her property, and a new Pennsylvania law required her to make it open to the public. Under existing Supreme Court precedent, she couldn’t sue to challenge the taking until the state was given a chance to pay her just compensation. Friday’s decision held that Knick could sue in federal court as soon as the taking occurs.

Chief Justice John Roberts, who wrote the majority opinion, explained why the majority felt it needed to overrule precedent — a case called Williamson County decided in 1985.

“Contrary to Williamson County, a property owner has a claim for a violation of the Takings Clause as soon as a government takes his property for public use without paying for it,” Roberts wrote. He said that the court’s precedent had come in for “repeated criticism over the years from Justices of the Court and many respected commentators.”

The opinion was joined by the four other conservative justices. Of the conservatives, it is Justice Clarence Thomas who shows the least deference to a legal doctrine called “stare decisis” that means to “stand by that which has been decided.”

It was Thomas who wrote the majority 5-4 opinion in the Hyatt case that so exercised Breyer last month.

“Stare decisis does not compel continued adherence to this erroneous precedent,” Thomas wrote.

During a talk in 2013 hosted by the Federalist Society, Judge Diane S. Sykes asked Thomas: “Stare decisis doesn’t hold much force for you?”

“Not enough to keep me from going to the Constitution,” Thomas shot back.

Earlier in the term, he issued a stunning opinion suggesting it was time for the Court to revisit a First Amendment precedent that some believe is a crown jewel of the Supreme Court’s jurisprudence. Thomas targeted New York Times v. Sullivan, a 1964 opinion holding that public officials have a higher burden to prove libel.

On Friday he also took aim at a 1986 opinion called Batson v. Kentucky in which the court held that a state may not discriminate on the basis of race when exercising peremptory challenges against a prospective jurors in a criminal trial.

Writing alone, Thomas said, “I would return to our pre-Batson understanding — that race matters in the courtroom — and thereby return to litigants one of the most important tools to combat prejudice in their cases,” he said.
All rights and copyright belong to the author:
Source – https://edition.cnn.com/2019/06/21/politics/kagan-supreme-court-precedent-warning/index.html?utm_source=feedburner&utm_medium=feed&utm_campaign=Feed%3A+rss%2Fcnn_latest+%28RSS%3A+CNN+-+Most+Recent%29
World News