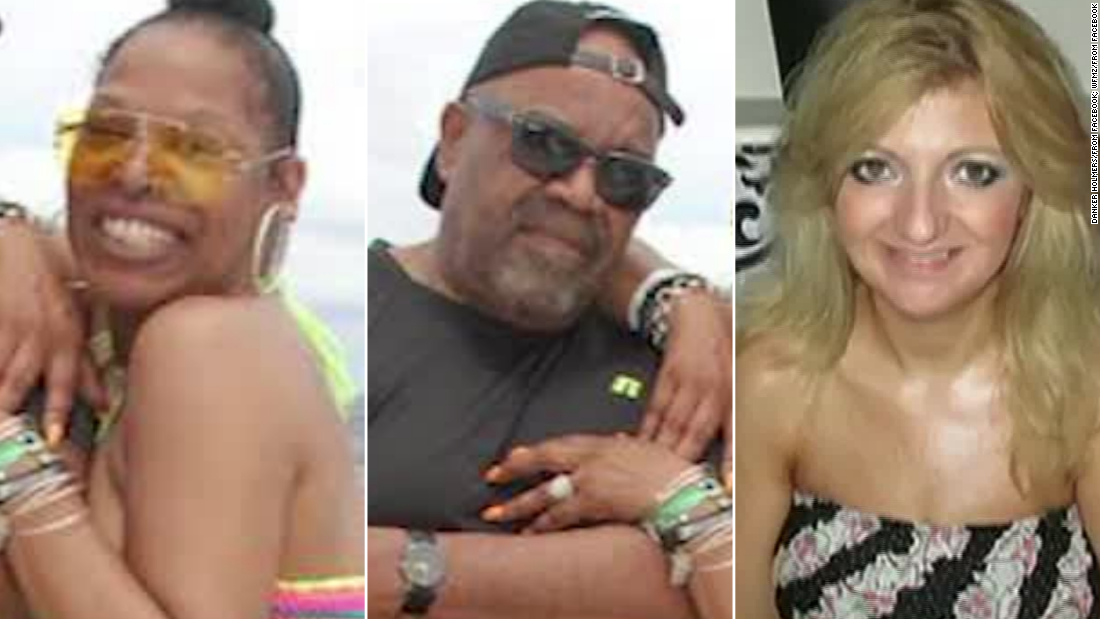 The FBI is assisting in further toxicology analysis of the deaths that took place at the Bahia Principe in La Romana. The agency said the results could take up to a month.

The Embassy in Santo Domingo said in a statement last week that the two governments are working together to ensure that US travelers are safe.

“The safety and security of U.S. citizens that live in, work in, and visit the Dominican Republic remains our highest priority. These incidents are tragic and we offer our deepest condolences to those personally impacted,” Ambassador Robin Bernstein said according to the statement.

Officials ask that the public be patient as the investigations unfold.

At least nine American citizens have died while traveling in the Dominican Republic over the past year, according to the US State Department, victims’ relatives and the resorts involved.

Within a week, three tourists died at the Grand Bahia Principe in La Romana. A couple, Nathaniel Holmes and Cynthia Day, were found dead in their hotel room on May 30. Both had internal bleeding and fluid in their lungs, said Dominican authorities.

At least six other Americans died during resort stays, or after becoming ill there, since June 2018.

Robert Wallace and David Harrison, both died at the Hard Rock Hotel & Casino in Punta Cana, according to their relatives. Wallace died in April, his relatives told CNN affiliate KTXL, while in the country for a wedding. Harrison died in July 2018, according to his wife Dawn McCoy.

Leyla Cox also died in Punta Cana. She died June 10 in her hotel room at the Excellence Resorts.

Businesswoman and “Shark Tank” star Barbara Corcoran, said her brother died in his hotel room in the Dominican Republic at the end of April from what is believed to be natural causes.

Officials in the Dominican Republican or the US have not said the deaths are connected.

The State Department has a standing travel advisory for the Dominican Republic, urging travelers to have caution because of crime, but it has not issued a travel alert specific to the traveler deaths.

Dominican Republic leaders maintain the country is one of the region’s top tourism destinations, with more than 6 million tourists last year, including 2.2 million Americans, according to the Caribbean Tourism Organization.

Government spokesman Roberto Rodriguez Marchena called the country the “largest, fastest growing, tourism destination of the Insular Caribbean,” in a video. The spokesman said 14 million Americans have visited since 2012.

“In the last five years, over 30 million tourists have visited the Dominican Republic, but this is the first time the international media report such an alarming situation,” Tourism Minister Francisco Javier Garcia said earlier this month. “These are isolated incidents and the Dominican Republic is a safe destination.”

All rights and copyright belong to the author:
Source – https://edition.cnn.com/2019/06/19/us/dominican-republic-fbi-toxicology/index.html?utm_source=feedburner&utm_medium=feed&utm_campaign=Feed%3A+rss%2Fcnn_latest+%28RSS%3A+CNN+-+Most+Recent%29