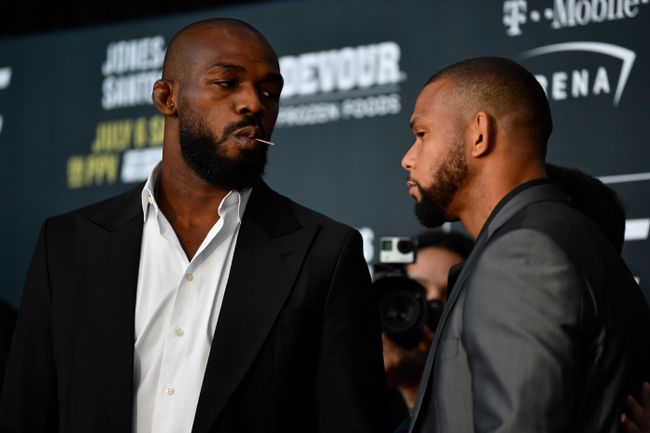 It’s time once again for another exciting night of fights with UFC 239. The event will kick off at 6:15 p.m. ET on Saturday, July 6 from the T-Mobile Arena in Las Vegas. And with a slew of major fights on the card, including a title bout between Amanda Nunes and Holly Holm, and another title bout with Jon Jones and Thiago Santos, there will be plenty of fireworks. Whatever the case, if you want to live stream UFC 239, here’s your guide to do it.

Actually watching UFC 239 might not be so simple if you’re on the go or at home. You’ll need to do some bouncing around to different channels and when it’s all said and done, you might just find the best solution to be UFC’s own streaming platform.

UFC 239 will be available on several different channels at different times. That’s because there are two preliminary rounds — the early prelims and the prelims — followed by the Main Card. And unfortunately, they’re all on different services.

If you’re traveling outside the country during UFC 239, you’ll still be able to watch it. A virtual private network, or VPN, can help you connect to your desired streaming service through a U.S. server and watch the draft as if you were at home.

We’ve evaluated many VPN services, and our top pick is ExpressVPN. It meets the VPN needs of the vast majority of users, offering outstanding compatibility with most devices and impressive connection speeds. It’s also affordable at $12.95 per month. (Signing up for longer periods of six months or a year reduces the cost even more.)

Here are three VPN options worth considering, should you need them during UFC 239.

ExpressVPN: Our favorite VPN service, ExpressVPN costs as little as $6.77 per month if you sign up for a one-year contract, and there’s a 30-day money-back guarantee.