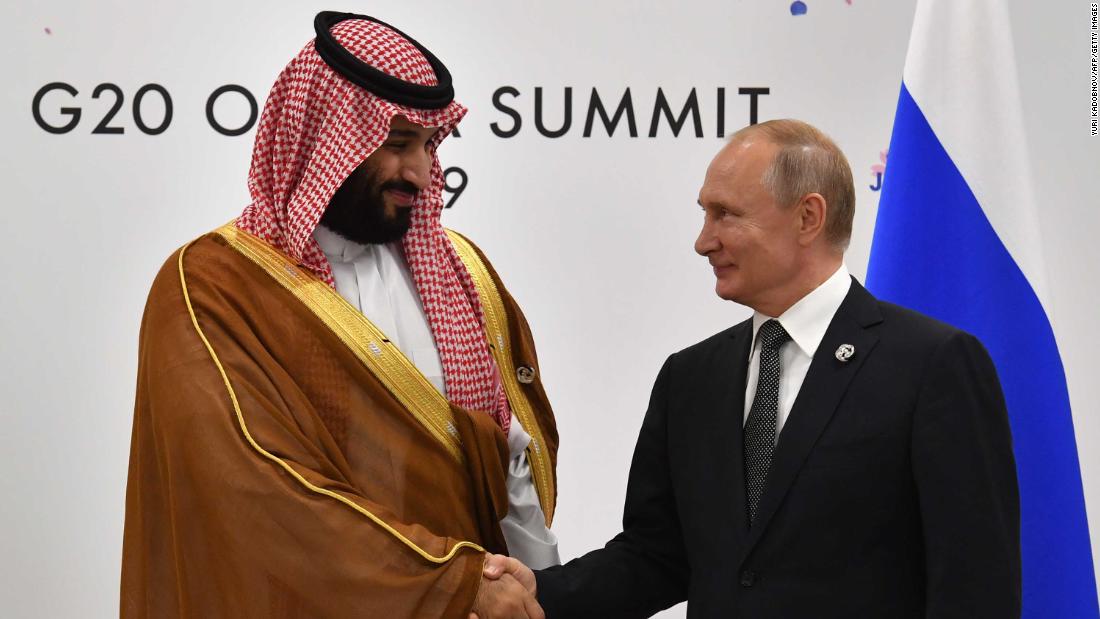 Iran on Monday threw its weight behind an apparent agreement in Vienna by OPEC to extend production cuts for another six to nine months. But Iranian oil minister Bijan Zanganeh warned the unilateral way that decision was reached is “threatening the existence of OPEC.”
“OPEC might die,” Zanganeh told reporters on Monday, according to the Financial Times.
Iran appeared to take issue with the fact that Russia — which isn’t an OPEC member — announced to the world over the weekend what OPEC was about to do. Russian President Vladimir Putin, speaking at the G20 meeting in Japan after meeting with Saudi Crown Prince Mohammed bin Salman, didn’t even wait for OPEC’s members to formally meet in Vienna.

Jason Bordoff, a Columbia University professor and former energy adviser to President Barack Obama, wasn’t surprised by Iran’s reaction: “When the president of Russia announces an OPEC decision before an OPEC meeting even starts, that may rub OPEC members the wrong way,” he said. “That risks alienating OPEC members.”

As the world’s largest oil exporter, Saudi Arabia is the de facto leader of OPEC. But the cartel includes 13 other members, including Saudi arch rival Iran. Since late 2016, OPEC has teamed up with Russia and other non-OPEC members to try to stabilize the oil market by holding back production.

That alliance successfully mopped up some of the glut in oil stockpiles that caused oil prices to crash. However, these major oil producers continue to be challenged by skyrocketing American shale oil output, the US-China trade war and signs that demand for oil is deteriorating.

“Iran is pushing back on this notion that OPEC is now being governed by a small minority of its members,” said Allen.

When CNN asked about these tensions, Saudi Arabia Energy Minister Khalid Al-Falih on Monday stressed that OPEC members are pragmatic, choosing to focus squarely on supply and demand.

“We have had wars. We have had conflicts, differences between different countries. We keep them outside the room,” Falih said.

To Falih’s point, dissent within OPEC has to some extent been going on since the group formed in September 1960.

Saudi Arabia and Iran have long been rivals in the Middle East. Iran and Iraq were at war for nearly a decade beginning in 1980. And in 1990, Iraq invaded fellow OPEC member Kuwait — an incursion that would start the first Gulf War.

“Just like any cartel, the members have been bitching at themselves since OPEC was started,” Allen said.

Factions in modern OPEC have been amplified by US sanctions on Iran and Venezuela, which have sidelined hundreds of thousands of barrels of crude.

It’s unclear whether Iran’s concerns about Russia and Saudi Arabia dominating OPEC’s decision making will spread to other members of the cartel.

The answer could emerge as OPEC faces tougher calls in the future about production. Even Iran’s oil minister conceded on Monday that this week’s decision was a relatively easy one.

OPEC and its allies had little choice but to keep production cuts in place as they try to support prices pressured by the trade war and recession fears. Cutting output would have been difficult given worries that a military conflict in the Middle East could derail supply.

Saudi Arabia’s alliance with Russia reflects OPEC’s shrinking market share. Spiking shale output in the United States means OPEC manages a smaller piece of the pie than it used to.

Not only has America surpassed Saudi Arabia and Russia to become the world’s largest oil producer, but Texas alone will soon pump more than any OPEC member besides Saudi Arabia.

“OPEC is clearly challenged by the stunning surge of US oil production,” said Columbia’s Bordoff.