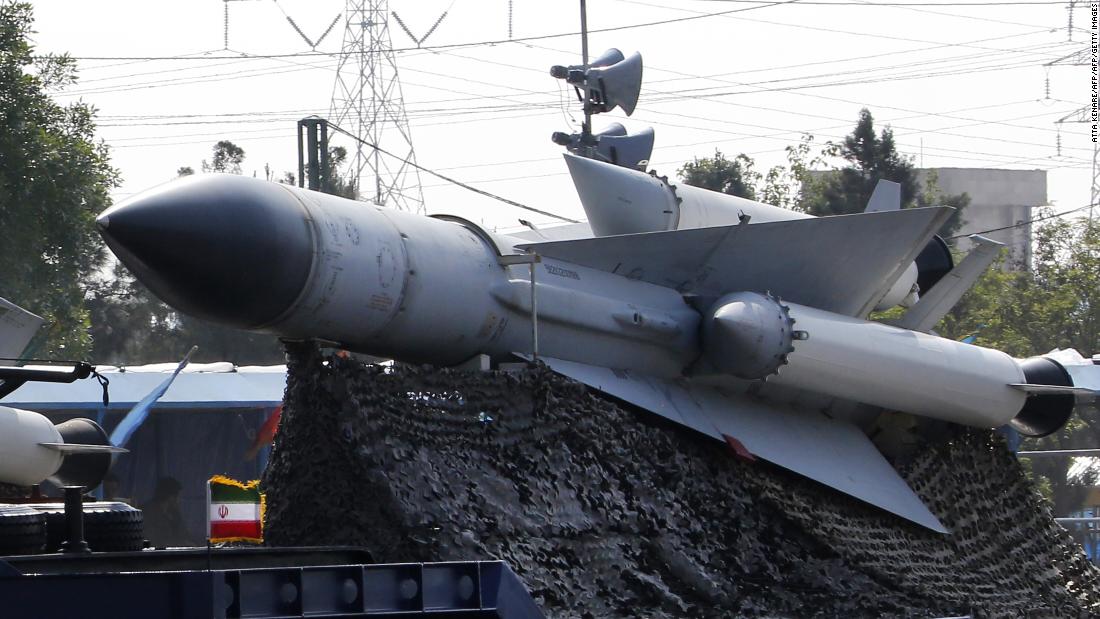 Tehran (CNN)One of Iran‘s top military commanders reiterated longstanding claims that the country has ballistic missiles capable of taking out an aircraft carrier, as President Hassan Rouhani said the country did not seek to wage war against any nation.

Maj. Gen. Hossein Salami, the head of Iran’s Revolutionary Guards Corps, said the country’s development of ballistic missile technology had changed “the balance of power” in the region.

According to Salami, the Revolutionary Guards began tests using ballistic missiles as “a way to end the story of American aircraft carriers in the area” some 12 years ago.

“If we got this technology, we could target the enemies,” said Salami. “We tested it at sea to hit the target precisely, and that day we were able to change the balance of power.”

He later added that “diplomacy is not known without power and we are safe when we are powerful.” Salami made the comments in a televised speech, a transcript of which was made available on semi-official FARS news.

The comments come as tensions between the United States and Iran have increased in recent days. The US announced Monday it would send 1,000 additional troops and more military resources to the Middle East in response to what Washington called “hostile behavior by Iranian forces that threaten United States personnel and interests across the region.”

Key officials in the Trump administration blame Iran for conducting attacks against oil tankers in the Gulf of Oman, and the US President himself last week accused Iran of being behind the provocation, telling Fox News: “It was them that did it.”

Tehran has categorically denied the accusations.

Rouhani, speaking at the inauguration of a new terminal at Tehran’s international airport Tuesday, said the current conflict was a “war of hopes and wills” between Iran and its enemies.

“Through their plots and dastardly plans, they plan to sow the seeds of hopelessness in the Iranian nation. But our great nation is determined to show its hopefulness and vitality and defeat the enemy’s plots,” Rouhani said.

Iran’s Ministry of Intelligence claimed to “deal a heavy blow against America’s international spy network” on Tuesday, though a US official disputed the ministry’s claim to CNN.
Iran also announced this week that it would resume nuclear enrichment activities, a move that threatens to torpedo the 2015 nuclear deal it struck with world powers. The United States left the deal in May 2018, reimposing sanctions on Tehran that have negatively affected the country’s economy.
Rouhani announced last month that it would reduce its “commitments to the deal,” but not fully withdraw from it. He also said drastic measures would be implemented unless the remaining signatories of the deal — Britain, China, France, Germany and Russia — eased restrictions on Iran’s banking and oil sectors.

Under the nuclear deal, Iran was permitted to stockpile limited amounts of enriched uranium and heavy water produced in that process, exporting any excess. Doing so has become extremely difficult after the US revoked waivers that allowed Iran to export those excess stockpiles, effectively forcing Iran to halt enrichment or ignore the limits, which it is now doing.

Iran announced Monday it will accelerate uranium enrichment to 3.7% — above the 3.67% mandated by the nuclear deal. Enrichment at this level is enough to continue powering parts of the country’s energy needs, but not enough to ever build a nuclear bomb.

All rights and copyright belong to the author:
Source – https://edition.cnn.com/2019/06/19/middleeast/iran-united-states-hnk-intl/index.html