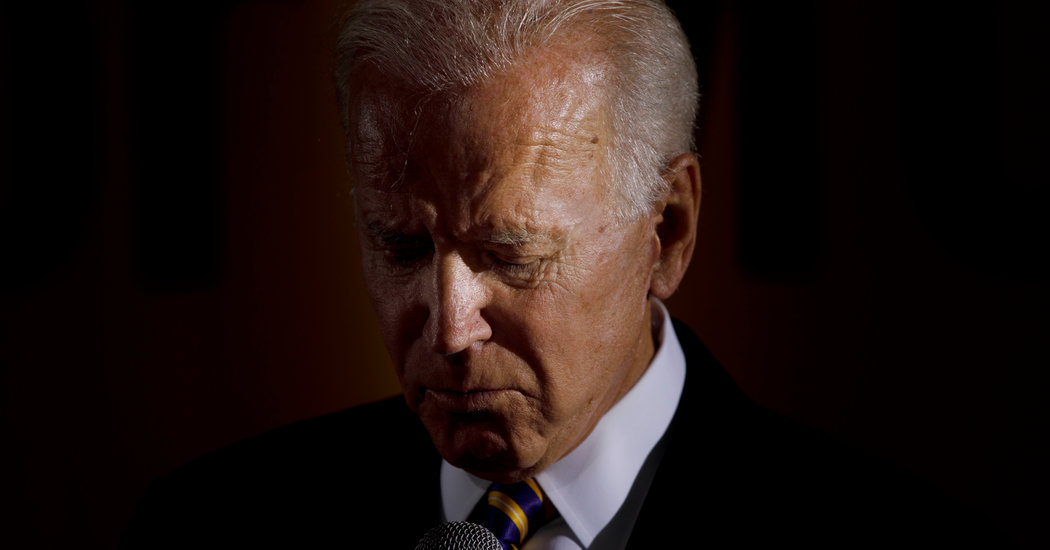 Joseph R. Biden Jr., defending himself on Tuesday night against suggestions that he is too “old fashioned” for today’s Democratic Party, invoked two Southern segregationist senators by name as he fondly recalled the “civility” of the Senate in the 1970s and 1980s.

Speaking at a fund-raiser at the Carlyle Hotel in New York City, Mr. Biden, 76, stressed the need to “be able to reach consensus under our system,” and cast his decades in the Senate as a time of relative comity. His remarks come as some in his party say that Mr. Biden is too focused on overtures to the right as he seeks the Democratic presidential nomination.

At the event, Mr. Biden noted that he served with the late Senators James O. Eastland of Mississippi and Herman Talmadge of Georgia, both Democrats who were staunch opponents of desegregation. Mr. Eastland was the powerful chair of the Senate Judiciary Committee when Mr. Biden entered the chamber in 1973.

“I was in a caucus with James O. Eastland,” Mr. Biden said, slipping briefly into a Southern accent, according to a pool report from the fund-raiser. “He never called me ‘boy,’ he always called me ‘son.’”

He called Mr. Talmadge “one of the meanest guys I ever knew, you go down the list of all these guys.”

Mr. Biden made the comments about Mr. Eastland and Mr. Talmadge as he spoke about the need for unity, including a call for bipartisanship that has drawn derision from some liberals who don’t see room for compromise in today’s polarized Washington.

“I know the new New Left tells me that I’m — this is old-fashioned,” he said. “Well guess what? If we can’t reach a consensus in our system, what happens? It encourages and demands the abuse of power by a president.”

Mr. Biden has long discussed his personal commitment to civil rights, and he has many strong relationships in the African-American community. He has also previously pointed to his dealings with segregationists like Mr. Eastland as an example of a time when Senate colleagues could disagree but still find ways to reach common ground.

But Mr. Biden is also now seeking the nomination of a party that is increasingly young and diverse — and skeptical of his emphasis on compromise, especially on issues that touch on matters of racial justice.

“Folks, I believe one of the things I’m pretty good at is bringing people together,” Mr. Biden, the former vice president, said. “Every time we had a trouble in the administration, who got sent to the Hill to settle it? Me. No, not a joke. Because I demonstrate respect for them.”

Mr. Biden’s appearance at the Carlyle was his third fund-raiser of the day. There and at previous stops, he implicitly suggested that bold actions on a range of issues could be achieved without anyone being “punished,” including the wealthy.

“I got in trouble with some of the people on my team, on the Democratic side, because I said, ‘You know what I’ve found is rich people are just as patriotic as poor people,’” he said. “Not a joke. I mean, we may not want to demonize anybody who has made money.”

At the same time, he warned, “when we have income inequality as large as we have in the United States today, it brews and ferments political discord and basic revolution.’’

All rights and copyright belong to the author:
Source – https://www.nytimes.com/2019/06/19/us/politics/biden-segregationists.html?emc=rss&partner=rss