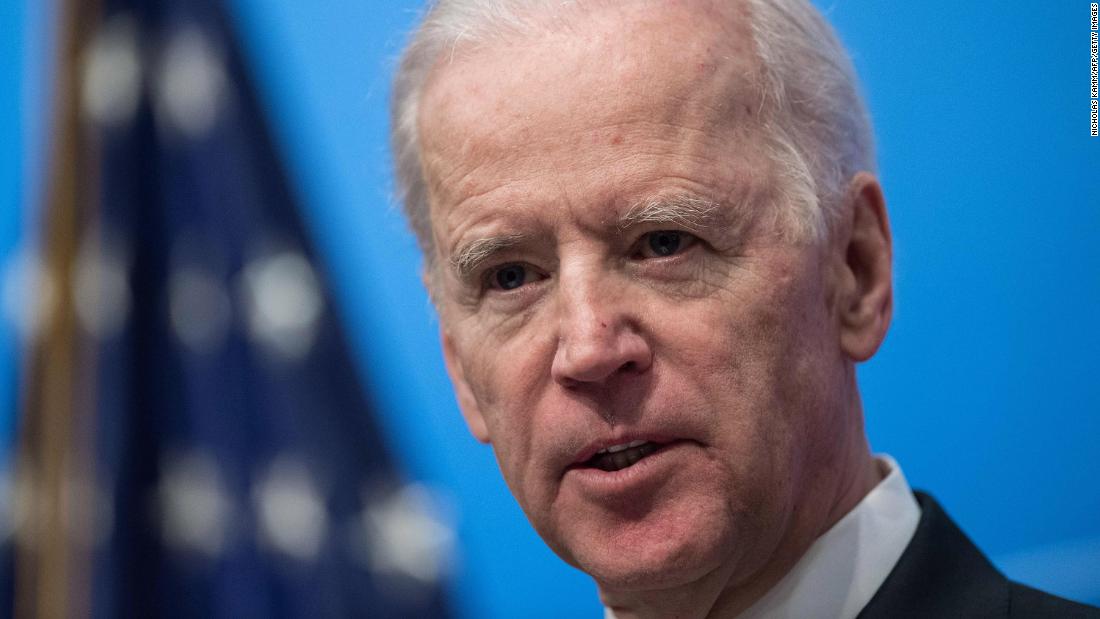 Washington (CNN)Poll of the week: A new national Monmouth University primary poll of voters who identify as Democrats or lean toward the Democratic Party finds that former Vice President Joe Biden leads with 32%. He was followed by Massachusetts Sen. Elizabeth Warren at 15%, Vermont Sen. Bernie Sanders at 14%, California Sen. Kamala Harris at 8% and South Bend, Indiana, Mayor Pete Buttigieg at 5%.

The poll matches with the average poll that has Biden ahead in the low 30s, Sanders and Warren fighting for second in the mid-teens and Buttigieg and Harris battling for fourth in the mid to high single digits.

What’s the point: Biden’s advantage is being powered by African-Americans. Although Monmouth didn’t breakdown voter choice whites and blacks, we can look to other surveys to see how well Biden is doing with black voters.

Biden’s lead with black voters is seen in state polling too. His edges in heavily white Iowa and New Hampshire are only in the high single digits and low double digits. Biden’s up by closer to 25 points in South Carolina, which will likely have a majority black Democratic primary electorate.
The question, of course, is whether Biden can hold onto his base of African-American support. There are two black senators running (Sen. Cory Booker of New Jersey and Harris) who are actively courting the African-American community. Further, Biden’s history with busing, crime legislation and comments about working with segregationist senators may not wear well.
The potential for a non-Biden candidate to rise up with black voters can best be seen in the endorsement primary. Endorsements can be a leading indicator for a number of reasons including the fact that endorsees are usually paying a lot of attention to the campaign and may see things that most voters won’t recognize until closer to the primary.

Harris trails among this group with three, but she may have some momentum. This week Harris got the endorsements of both Rep. Al Green of Texas and Rep. Alcee Hastings of Florida. These were her first two endorsements from black members of Congress outside her home state.

Biden, though, seems to have a real reservoir of support with black voters. He was the two term vice president to the first black president, after all. This past week following his comments about working with segregationist senators, Biden was defended by a number of members of the Congressional Black Caucus, even if many haven’t endorsed him.

It’s also noteworthy that this race has gone on for nearly half a year now, and there is no sign that Biden’s support is ebbing. Neither Booker nor Harris seem to be catching on yet with voters.

Some may point out (correctly) that Barack Obama far exceeded what pre-primary polls found his support with black voters to be before the 2008 primary. He ended up winning them by nearly 70 points. Obama was running 4 points behind Clinton among black voters in the year before the election, according to an aggregate of ABC News/Washington Post polls.
Still, Obama seemed to have an appeal to black voters that he didn’t have with white voters. Clinton’s margin with white voters was 22 points in the same ABC News/Washington Post polling. Obama was leading in South Carolina at this point in the 2008 campaign thanks to strong support from black voters.

In other words, it was pretty clear at this point that Obama was appealing more to black voters than to white voters. And after winning in the Iowa caucuses, Obama was able to fully capitalize on his appeal.

This year it is Biden, not Booker or Harris, who is showing the same trend of doing significantly better with black voters than white voters. Additionally, it’s far from certain that Booker or Harris will come into South Carolina with any early contest wins under their belts. Neither have broken out of the single digits in Iowa or New Hampshire.

What is clear is that whoever ends up carrying the bulk of black support in the primary will have a leg up on the competition. Black voters make up about 20% of the primary vote. They cannot be taken for granted and have fueled the winning base of every Democratic nominee since Bill Clinton 1992. Biden’s current edge with them is putting him in the driver’s seat for the nomination.
All rights and copyright belong to the author:
Source – https://edition.cnn.com/2019/06/22/politics/joe-biden-2020-black-voters-poll/index.html?utm_source=feedburner&utm_medium=feed&utm_campaign=Feed%3A+rss%2Fcnn_latest+%28RSS%3A+CNN+-+Most+Recent%29

From modelling to owning exotic beach clubs in Goa, Sam Merchant is flying high in achieving his dreams