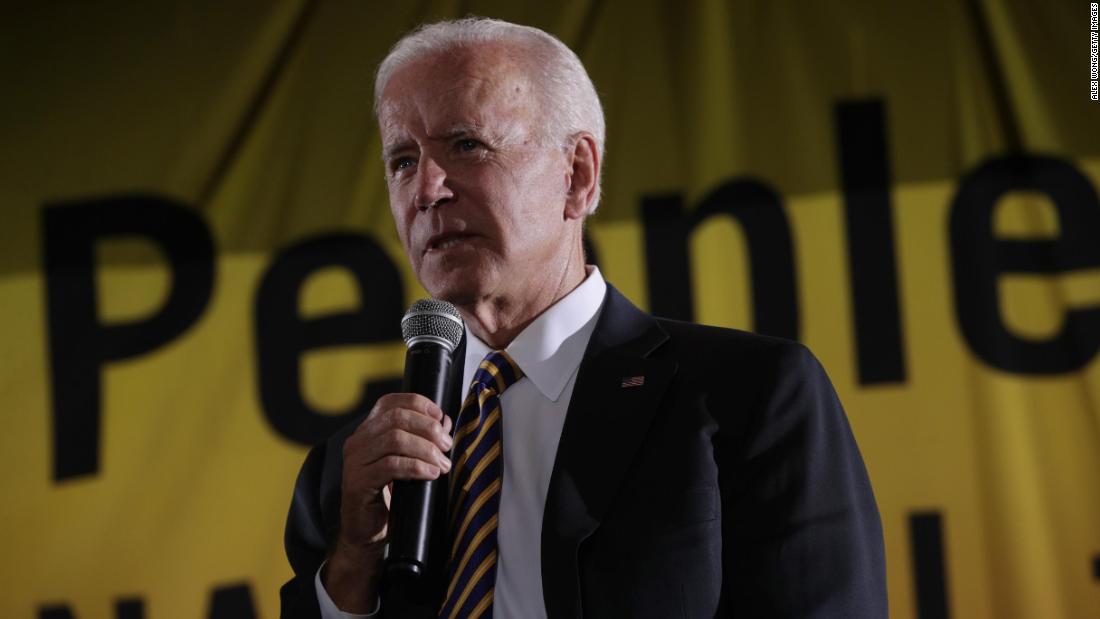 He is still topping the polls, but the former vice president arrives for the state’s biggest Democratic gathering of the year overshadowed by his boasts about his ability to work with segregationist senators during what he has described as a more “civil” time in politics. The fallout from his comments have dominated the political conversation nationally this week, including presidential rival New Jersey Sen. Cory Booker calling on Biden to apologize. Biden, in turn, said he wouldn’t and added that Booker should apologize to him.

Rep. James Clyburn of South Carolina, the No. 3 Democrat in the House, has offered Biden cover for his remarks, telling reporters that he worked with the noted Dixiecrat, South Carolina Sen. Strom Thurmond, who loomed large over politics here for decades.

Clyburn will host more than 20 Democratic rivals on Friday evening for his “World-Famous” Fish Fry, a signature stop on the campaign trail. On Saturday, most of the Democratic field will speak at the state’s Democratic Party convention as well as at a forum hosted by Planned Parenthood. Put together, the series of events this weekend offers candidates a chance to make their pitches to the majority black primary electorate — as well as test out their messages ahead of the first primary debate in Miami next week.

In an interview Friday, Clyburn dismissed the criticism from Biden’s Democratic rivals that he was celebrating a racist.

“No, come on,” Clyburn said, standing on the grounds of the South Carolina Statehouse where a Confederate Flag once flew. “When you celebrate your ability to work with a racist, you’re celebrating a racist? Come on. I enjoy being able to work with Republicans. I’m not a Republican, and I don’t celebrate anyone who is, but I work with them.”

In South Carolina, Biden is no ordinary frontrunner. The former vice president’s “favorite son” status stems from his many visits here over decades. He and his wife Jill have vacationed at Kiawah Island; he had a close relationship with former US Sen. Fritz Hollings (who was also Governor of South Carolina); and Biden gave a widely-noted eulogy at the funeral of the late Thurmond.

In dozens of interviews with black voters here throughout the course of this year, they have often expressed deep admiration and love for Biden, noting that he is forever linked to the nation’s first black president. Few people in the Democratic party are as popular as Barack Obama or Biden.

“It doesn’t hurt that he spent eight years in the White House with Barack Obama and he’s been in and out of South Carolina for more than 20 years,” said Joe Darby, a Charleston minister and leader of the NAACP. “He’s got deep connections and he’s very well thought of down here. He was in the White House and can immediately go an undo some of the damage that’s been done in the last few years with Trump.”

But Biden’s front-runner status, particularly with black voters, will be tested in South Carolina this weekend.

In an aside about his ability to work with Republican senators — even those with views diametrically opposite from his own — Biden noted that as a member of the Senate in the 1970s he worked with Mississippi Sen. James Eastland and Georgia Sen. Herman Talmadge, southern Democrats who opposed civil rights and desegregation.

Biden recounted to donors that Talmadge was “one of the meanest guys I ever knew” and that while in a caucus with James O. Eastland “He never called me ‘boy,’ he always called me ‘son.'”

Bernice Scott, who is supporting California Sen. Kamala Harris, said she was not bothered by Biden’s remarks. As a longtime member of the Richland County Council, she said she worked with people she disagreed “to get the job done.”

“You have to work with everyone,” Scott said, voicing criticism of Booker’s pushback on Biden. “We’ve got to stop being so personal.”

As for her choice, Scott supported Hillary Clinton in 2016 and admires Biden, but is backing Harris because she believes a woman belongs in the White House.

On New Day Friday morning, Kate Bedingfield, Joe Biden’s deputy campaign manager and communications director, said Biden is “frustrated that a story he has told many times was being taken out of context.”

“The story the vice president was telling was about how awful the segregationist views of Jim Eastland and Herman Talmadge were,” Bedingfield told CNN’s Alisyn Camerota. “The entire point of the story was that they held views that were repugnant to him and that was reflected in the way they talked.”

In a state where black voters form the majority of the Democratic electorate and will dominate the primary vote on February 29, Biden faces fierce competition from Harris and Booker, both of whom have assiduously courted African American voters during their many visits here.

Harris, in particular, has done extensive outreach to black women and is boosted by her sisterhood in Alpha Kappa Alpha, the oldest black sorority in the nation, which she joined as a student at Howard University. She is hosting a gathering of Democratic women in South Carolina Friday afternoon shortly before the state’s Democratic convention gets underway.

Though Biden has locked down strong support within the Congressional Black Caucus — including former CBC chairman Cedric Richmond, a Democratic congressman from Louisiana who is Biden’s national co-chairman — Harris and Booker have also built considerable support among influential black leaders in Washington and here in South Carolina.

Biden refused and deepened the rift between the two men by charging that Booker was the one who should apologize, adding that the New Jersey senator “knows better” and that “there’s not a racist bone in my body.”

“I know that I was raised to speak truth to power, and I will never apologize for doing that, and Vice President Biden shouldn’t need this lesson,” Booker said on CNN. “For his posture to be, ‘I’ve done nothing wrong, you should apologize, I’m not a racist,’ is so insulting and so missing the larger point that he should not have to have explained to him, that this is not a lesson that someone who is running for President of the United States should have to be given.”

The question is whether Booker repeats that same message here in South Carolina, as he crosses paths with Biden and tries to introduce himself to voters who will cast their verdict in the first Southern primary.

All rights and copyright belong to the author:
Source – https://edition.cnn.com/2019/06/21/politics/joe-biden-south-carolina-2020-democrats/index.html?utm_source=feedburner&utm_medium=feed&utm_campaign=Feed%3A+rss%2Fcnn_latest+%28RSS%3A+CNN+-+Most+Recent%29