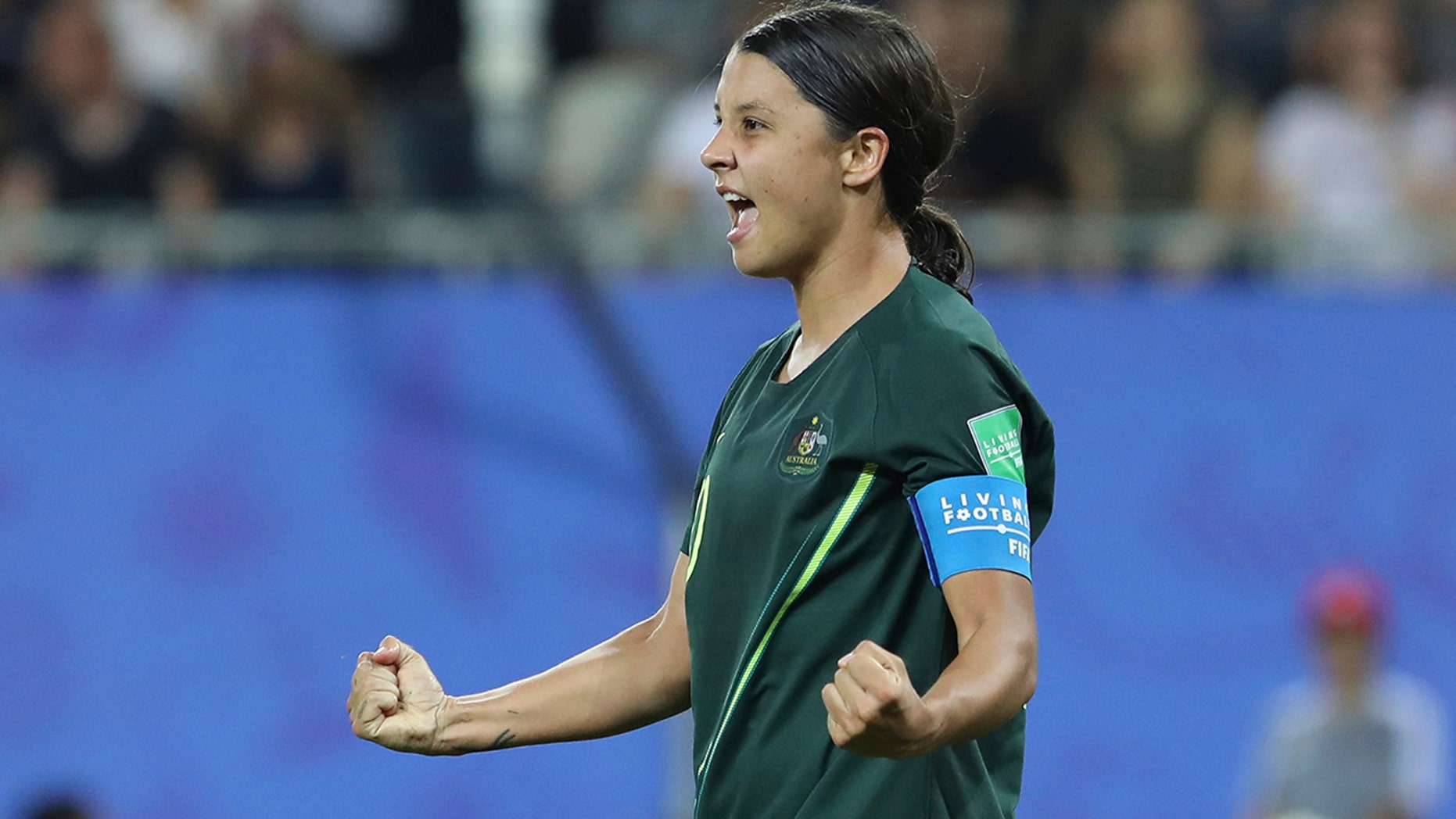 Sam Kerr scored four goals, one shy of the World Cup record and the most by an Australian, in a 4-1 victory over Jamaica on Tuesday night at Grenoble, France, that advanced the Matildas into the knockout rounds.

“I actually wanted more after that, being my selfish self,” Kerr said.

Australia advanced to the round of 16 for the fourth consecutive tournament following three straight quarterfinal eliminations. The Matildas finished second in Group C and will face Norway in Nice on Saturday on the first day of the round of 16.

Kerr scored on a header off Emily Gielnik’s cross in the 11th minute, doubled the lead with another header in the 42nd and completed the hat trick in the 69th. She scored again in the 83rd minute to give her 36 goals in 80 international appearances.

Australia had stumbled at the start of the tournament with a loss to Italy but rebounded with a come-from-behind victory over Brazil.

Lisa De Vanna made her 150th international appearance, one shy of the Australian record set by Cheryl Salisbury.

Jamaica got its first World Cup goal when Havana Solaun scored in the 49th.

The first Caribbean nation to make the World Cup, Jamaica lost all three matches and was outscored 12-1. But the Reggae Girlz won hearts in France with their underdog story: Disbanded more than a decade ago, the team was revived in 2014 by Bob Marley’s daughter Cedella.

“It doesn’t matter what the score is, we just kept playing and believing,” Reggae Girlz coach Hue Menzies said.

All rights and copyright belong to the author:
Source – https://www.foxnews.com/sports/kerr-has-4-goals-and-australia-beats-jamaica-4-1