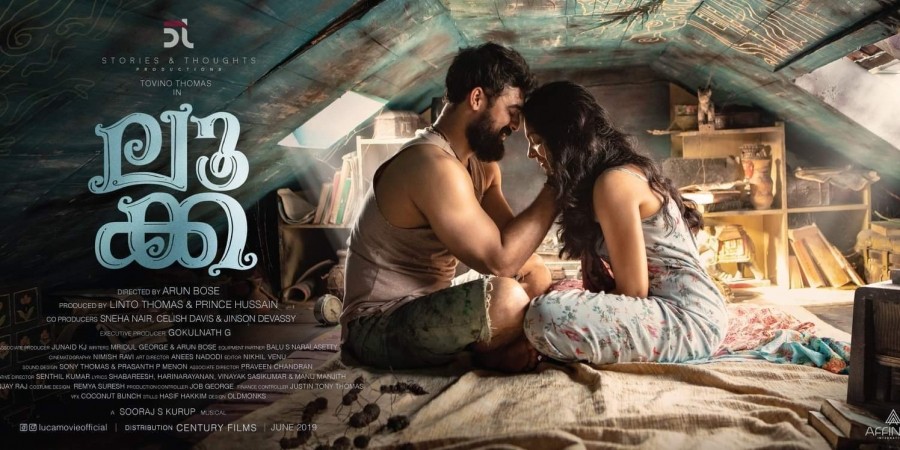 Tovino Thomas, one of the most in-demand young heroes in Mollywood, is back with his new movie Luca that hit the theatres across Kerala on Friday, June 28. The film is directed by debutante Arun Bose and portrays the story of Luca (Tovino Thomas), a young man who creates magic out of scrap materials. The film, as expected, is a mix of various genres. In one angle, Luca is a breezy love story, and in other angles, it is more of a crime thriller.

Luca: The magic of art

The film primarily revolves around the life of Luca. The happy-go-lucky young man falls in love with Niharika (Ahaana Krishna) after meeting her during an exhibition. As their romantic affair evolves, the plot takes an unexpected turn following a death and police investigation. The investigation is led by a police officer named Akbar (Nithin George), and at one point in time, he takes note of Luca and Niharika. The remaining portion of the movie details how Akbar solves the murder case.

The film’s plot is very interesting and the director has succeeded in narrating the story without pulling the audiences to a state of boredom. However, the script lags at times, especially in the second half. The climax of the movie is refreshing and the audience will surely leave the theatres with a bit of a smile on their face.

The cinematography handled by Nimish Ravi is impeccable. The visuals are breezy and Nimish Ravi deserves applause for this effort. The artwork and music of this movie also deserve a special mention.

Tovino Thomas, as we all know, is an impeccable performer and has proved his mettle again with his mind-blowing performance in Luca. The actor lives as the artist and the audience will not be able to place any other actor on this particular role. Niharika looks cute and her performance in emotional scenes remind us of Nazriya Nazim.

Luca may not be a brilliant piece of work but it has those elements which will make the audience glued to the theatre seats. This film is watchable to enjoy Tovino Thomas’ spectacular performance and his on-screen chemistry with Ahaana Krishna.