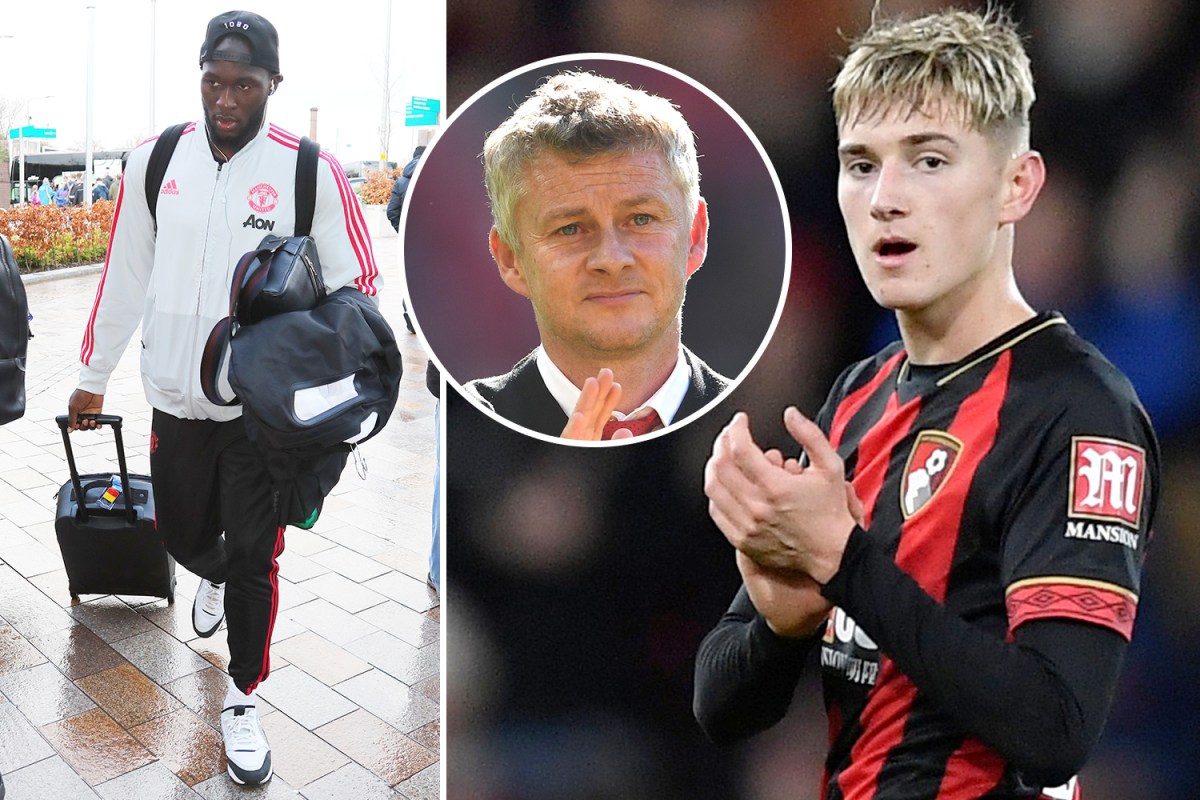 ROMELU LUKAKU has agreed a deal worth £180,000-a-week to join Inter Milan.

The Belgian striker can quit Manchester United for £75million.

Lukaku has lost his place at Old Trafford under manager Ole Gunnar Solskjaer.

And the 26-year-old has struck a deal in principle with Serie A giants Inter which will come into effect when a fee is agreed between the clubs.

Lukaku’s £9m-a-year pay packet is the same he could expect if he stayed at United next season.

He trousered £225,000-a-week last term but his wages will be cut by an eye-watering £45,000-a-week after United’s failure to qualify for next season’s Champions League gravy train.

Lukaku held showdown talks with United officials last month when he cut short his holidays to discuss his future.

Old Trafford bigwigs have agreed to let him go for the fee they paid Everton two years ago.

That allowed agent Federico Pastorello to assess the market for his new client, with Antonio Conte’s Inter the clear front-runners despite interest from Juventus.

Lukaku’s move comes with the blessing of Belgium national team coach Roberto Martinez, who says the striker needs to find the right club.

Inter are waiting on a merry-go-round of strikers to allow them to sell Mauro Icardi and buy Lukaku.

Atletico Madrid’s Antoine Griezmann is set to join Barcelona and that is expected to lead to Juventus forward Paulo Dybala replacing him.

That should allow Inter striker Icardi to head to Juve — and Lukaku to switch to Milan.

TURN UP FOR THE BROOKS

But while Lukaku is heading out of the United exit door, boss Solskjaer has Brooks on his summer wishlist.

The Cherries do not want to sell one of their key men and would demand at least £50m to even consider a deal for the Wales midfielder.

Brooks, 21, is a boyhood United fan and was on the books of rivals Manchester City as a teenager.

The starlet, also wanted by Tottenham, only joined the Cherries last summer in an £11.5m move from Sheffield United on a four-year contract.

But he took to life in the Premier League so well that he was rewarded with a new, long-term deal in March.

Brooks grabbed seven goals and five assists last term and showed great versatility, looking comfortable out wide, at No10 and even in a deeper central role in midfield.

Bournemouth manager Eddie Howe would be loathe to lose a player he rates highly.

But United boss Solskjaer has already signed Brooks’ international colleague Daniel James this summer in an £18m deal from Swansea as he looks to rejuvenate his under-performing squad.

All rights and copyright belong to the author:
Source – https://www.thesun.co.uk/sport/football/9333473/man-utd-lukaku-quit-brooks-transfer/