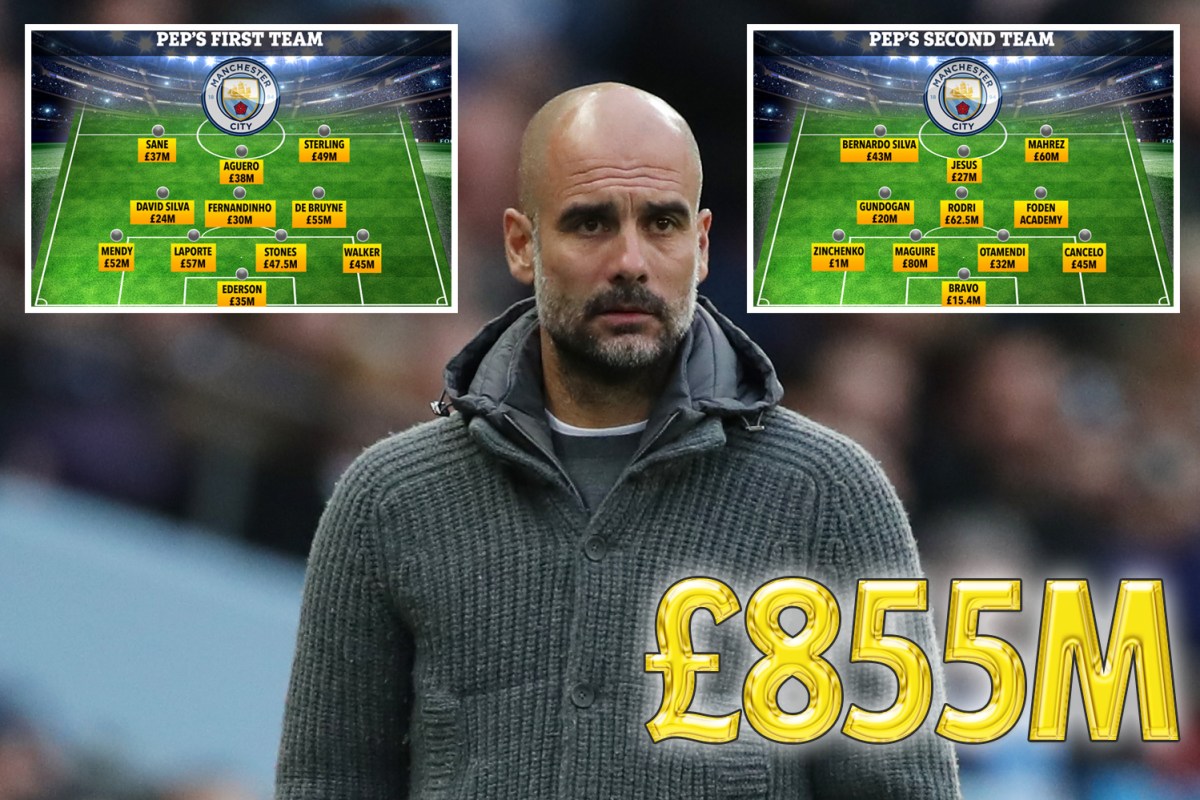 PEP GUARDIOLA looks set to have TWO world class Man City teams at his disposal next season worth a staggering £855million.

And with three mega-money signings expected this summer, Guardiola could be able to field two sensational sides.

The 22-year-old holding midfielder, who has been compared to Barcelona great Sergio Busquets, looks set to become the club’s record signing.

City have now entered negotiations with Rodri over personal terms, as they look to secure their two other top targets.

Guardiola’s side are also expected to pip rivals Man United to the signing of Leicester defender Harry Maguire.

The deal is likely to surpass the Rodri fee, with the Foxes reportedly willing to agree to a massive £80m deal – a world record transfer for a defender.

And then Guardiola has been on the hunt for more full-backs, with Joao Cancelo his top target at right-back.

Juventus would reportedly agree to a fee of £45m for the 25-year-old Portuguese star.

All three potential signings go into a second City team alongside the likes of Bernardo Silva, Riyad Mahrez and Nicolas Otamendi.

Despite the team being made up of academy product Phil Foden and Oleksandr Zinchenko, who signed for £1m, the starting XI is worth a staggering £385.9m.

And then there’s the first-team which is worth an even more sensational total of £469.5m.

Guardiola’s other choice of XI includes stars of recent years, such as Sergio Aguero, Raheem Sterling and David Silva.

Brazilian goalkeeper Ederson, who cost £35m, is between the posts while £55m man Kevin De Bruyne is in midfield with £30m veteran Fernandinho.

With such a vast amount of talent in Guardiola’s squad, it will take a monumental campaign to prevent City lifting the title again next year.

The divisional round of the playoffs: Green Bay Packers face Los Angeles Rams to Lambeau Field at 4:35 p.m. ET. Los Angeles’ defense stymied the Seahawks in a 30-20 win last week, and the Packers are coming off a bye. The game will be televised to a national