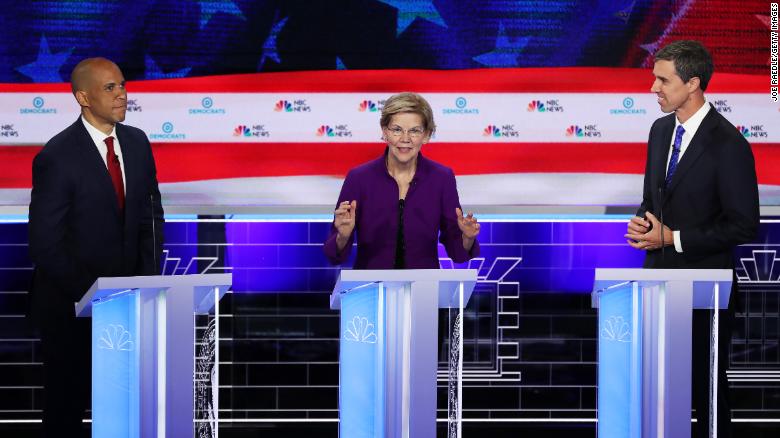 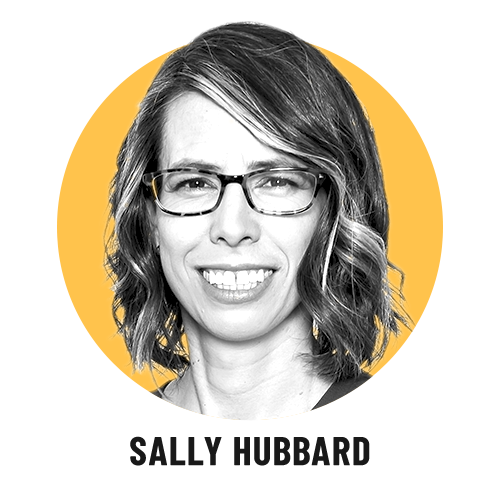 Monopolies are an important issue in the 2020 presidential campaign and even took the center stage at the first of last week’s Democratic debates, with Elizabeth Warren pronouncing early on that she wanted to return government to the people.

This was a break from past presidential debates, to say the least. Author and editor David Dayen tweeted, “Literally more monopoly discussion in the first 5 minutes of this debate than the past 50 years of presidential politics.”
People tend to think of Big Tech as the antitrust issue of the day, but tech giants are only the tip of the iceberg of the monopoly problems plaguing America. Most of the major challenges the candidates discussed — including unaffordable health care, income inequality and stagnant wages — can’t be solved without checking monopolies’ economic and political power.
Take health care. The Open Markets Institute, where I work, recently published Volume II of America’s Concentration Crisis, presenting troubling data on health care market concentration. In one example, two corporations, Fresenius Medical Care and DaVita, control a 92% market share in dialysis centers, a $24.4 billion industry. This concentration is a major reason health care costs have been skyrocketing for Americans. When health care providers lack competition, they can name their price and patients ultimately foot the bill. Even people with insurance through their employers pay higher premiums and out-of-pocket costs.
Yet health care is still only the beginning. The concentration crisis extends throughout our economy to include markets like baby formula, where three companies control 80% of the market, washer and dryer manufacturing, where three companies control 100% of the market, and airlines, where four companies control 76% of the market overall, with even higher concentrations on individual routes.
As monopolies and oligopolies rule most sectors of the economy, they are extracting wealth from everyone else. Chicken monopolies are extracting wealth from chicken farmers. Hospital mergers are depressing nurse’s wages. Small and big businesses, workers and creators are being squeezed by monopolists who use their market power to extract the fruits of everyone else’s labor. It’s no surprise we are experiencing economic inequality that amounts to a New Gilded Age, with the richest 0.1% of all American families owning as much wealth as the lower 90% of all American families combined.

Monopolies are destroying the American Dream.

Market concentration causes wages to stagnate because it reduces competition for labor. Companies can pay their employees less without having to worry about losing them to competitors. One study found a 17% decline in wages when a labor market goes from the 25th percentile to the 75th percentile in concentration.
Lower wages, higher prices and the squeezing of suppliers and creators amounts to billions of dollars in wealth transfer to companies with market power. C-suite executives and corporate shareholders are the ones who win when monopolies and oligopolies reign, meaning that the top 0.1% capture the bulk of monopoly rents.
Warren, who has made antitrust a cornerstone of her campaign, understands the widespread harms of an economy that lacks competition. “There is way too much consolidation now in giant industries in this country,” she said in the debate. “That hurts workers. It hurts small business. It hurts independent farmers. It hurts our economy overall. And it helps constrict real innovation and growth in this economy.”
Warren has advanced a plan for combating monopoly power in Big Tech that includes breaking up tech platforms, like Google, Facebook and Amazon, and requiring them to meet a standard of fair, reasonable and non-discriminatory dealing with users and unwinding the companies’ anti-competitive mergers. She also has a plan for tackling the growing consolidation among big agribusinesses and “un-rigging” the rules that work against farmers.

Other candidates have advanced their own proposals to tackle growing monopoly powers in the United States.

Cory Booker last year introduced a bill to put a moratorium on agriculture mergers, and said during the debate that he would appoint judges that will enforce antitrust law and “have a DOJ and a Federal Trade Commission that will go through the processes necessary to check this kind of corporate concentration.”
Amy Klobuchar proposed changing legal standards to make it easier to challenge mergers and regulation of Big Tech through stronger privacy rules and political ad transparency.
Bernie Sanders has proposed a series of reforms that aim to level the playing field for farmers and farmworkers that include a similar moratorium on agricultural mergers, as well as the breaking up of agribusiness.

All of these proposals are steps in the right direction. Both stronger antitrust enforcement and sector-by-sector anti-monopoly policies are needed. Although weakening monopolies’ grip on America will not solve all our problems, we will not be able to solve our problems without doing so.

Even the horrific abuses at the border are inseparable from the problem of our rigged economy. Widespread inequality has made so many Americans powerless that they rebuke America’s historic role as a haven for the powerless. The politics of hate have made immigrants the scapegoats for Americans’ powerlessness, while providing cover for the already powerful to amass even more power.

“For all the American citizens out there who feel you are falling behind or feel the American dream is not working for you, the immigrants didn’t do that to you,” New York Mayor Bill de Blasio said during the debate. “The big corporations did that to you.”

Certainly, the problem of corporate power having undue influence on our democracy is not a new one. But monopolies and oligopolies are like corporate power on steroids. A handful of companies having unprecedented wealth means that political power, just like economic power, is highly concentrated among the few.

“We are a democracy,” said Warren, “and the way a democracy is supposed to work is the will of the people matters.”

Any candidate who is not willing to take on corporate power and monopoly power is destined to fail at fixing the problems that threaten the American Dream and our democracy. Keep that in mind when you make your pick.