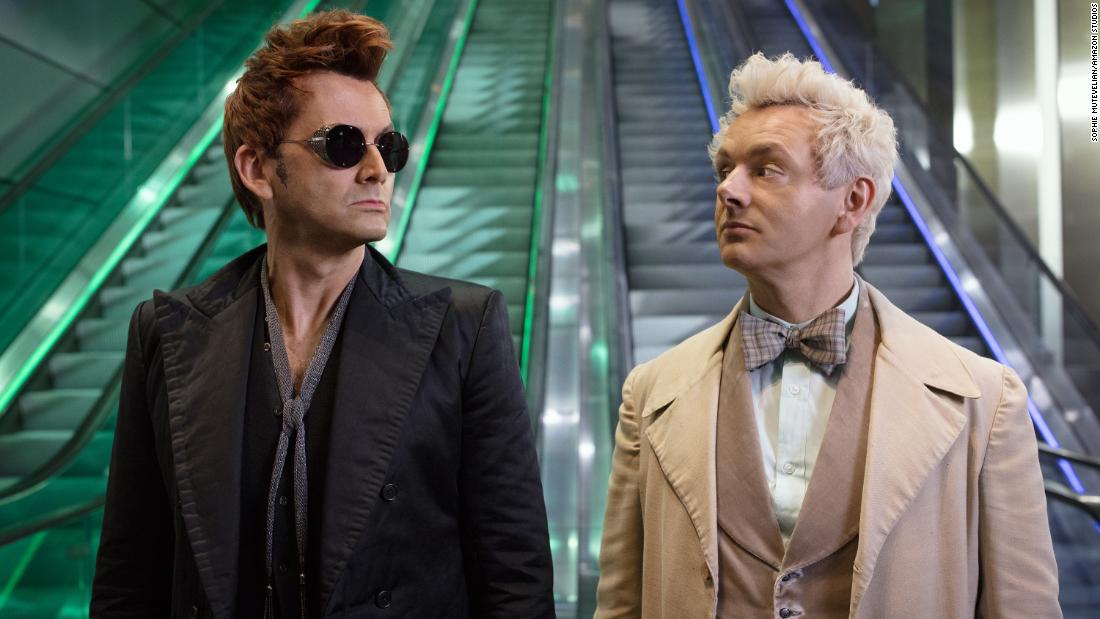 Signed by more than 20,000 people, it calls for Netflix to pull the fantasy series from its platform. There’s just one problem: Netflix doesn’t offer the show. Amazon does.

“This series presents devils and Satanists as normal and even good, where they merely have a different way of being, and mocks God’s wisdom,” the petition reads. Some of the petitioners’ qualms include the fact that God is voiced by a woman, the Antichrist is portrayed as a normal kid and the four riders of the Apocalypse are portrayed as a group of bikers.

“Please sign our petition, telling Netflix that we will not stand silent as they destroy the barriers of horror we still have for evil.”

The petition stopped loading on the Christian Return to Order website Thursday evening. Return to Order is a campaign by The American Society for the Defense of Tradition, Family and Property, according to its website.

The American Society for the Defense of Tradition, Family and Property, Netflix and Amazon did not immediately respond to a request for comment.

“Good Omens” follows an angel Aziraphale (Michael Sheen) and demon Crowley (David Tennant) as they attempt to save the world from apocalypse and the coming of Antichrist, an 11-year-old. Based on a 1990 fantasy novel of the same name, the miniseries debuted on Amazon Prime last month.

Neil Gaiman, who co-authored the book with Terry Pratchett, took the petition in stride.

“I love that they are going to write to Netflix to try and get #GoodOmens cancelled. Says it all really,” tweeted Gaimon, who also wrote the screenplay.

All rights and copyright belong to the author:
Source – https://edition.cnn.com/2019/06/20/entertainment/good-omens-petition-netflix-amazon-trnd/index.html?utm_source=feedburner&utm_medium=feed&utm_campaign=Feed%3A+rss%2Fcnn_latest+%28RSS%3A+CNN+-+Most+Recent%29