(CNN)From curly to crinkle-cut, shoestring to steak, poutine to disco, July 13 is about celebrating one of the most popular side dishes in the world.
That’s right. It’s National French Fry Day.
Let’s talk about all your burning fry-related inquiries to celebrate.

Why do we call them french fries if they don’t come from France? 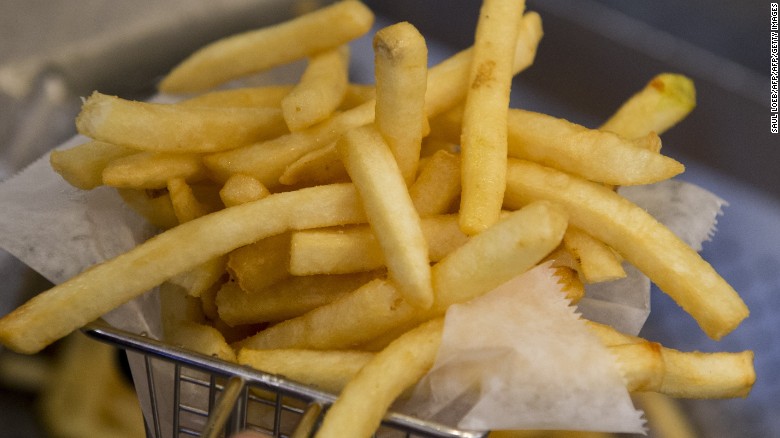 Well, the short answer to that they come from Belgium — but also, not really. Though the origins of fries can be traced to Belgium, the French, Belgians and Spanish can’t seem to agree where the idea sprouted and grapple for the claim to greasy fame.
American soldiers in World War I first encountered the fried potato in Belgium. Crediting the dominant language of the region, they dubbed them french fries.
But it’s worth noting that different versions of the fried potato are a worldwide love, whether in India or Kenya.

Who brought french fries to America?

Founding Father, president, foodie?
Yes, Thomas Jefferson is typically credited with bringing french fries to America. During his stint as minister to France from 1784 to 1789, Jefferson had his slave James Heming trained as a chef. French fries (or pommes de terre frites à cru en petites tranches, as he knew them) were one of the recipes he learned, according to National Geographic.

Who eats the most of them?

The average American eats about 46.4 pounds of potatoes per year, with french fries being the culprit behind the high consumption, according to the US Department of Agriculture.
But despite what you may have guessed, neither the French nor Americans come in as the top french fry fanatics; it’s the Belgians. Belgium is not only home to its famous waffles, it’s home to 5,000 fry vendors.
Let’s consider the fact that it’s a country of 11 million people, 8 million fewer than all of New York state. This means that they can — and do — get down on some fries.

How many ways are there to say fries?

Take your pick: fried potatoes, french fries, frites, chips or Burger Buddies. The great thing about fries is that they can be whatever you want them to be. In France, they’re called frites, patates frites or pommes frites.

How does McDonald’s fit into all of this?

When it comes to the fry game, Mickey D’s does not come to play. The golden arches may seem like all fun and games, but McDonald’s has an empire when it comes to french fries. No less than 7% of all potatoes grown in the United States are used for McDonald’s fries, and more than one-third of all fries sold in restaurants in the country come from the chain.

Everybody loves crossovers, just not always of the culinary variety (e.g. Pop-Tarts and cheese). But I bet these duos will make you change your mind.
Okonomiyaki fries are Illegal Food Atlanta’s most prized menu ticket. They’re drizzled in a type of Japanese pancake sauce and mayo and then sprinkled bonito flakes, nori, sesame seeds and beni shoga. If that doesn’t have you salivating, check out Portland, Oregon-based restaurant Kenny & Zuke’s pastrami fries or the Tornado Potato in Anaheim.
For those food fanatics who like to get experimental, challenge your taste buds with some inventive french fry reimaginings, like french fry poutine.

How much can you feasibly eat? 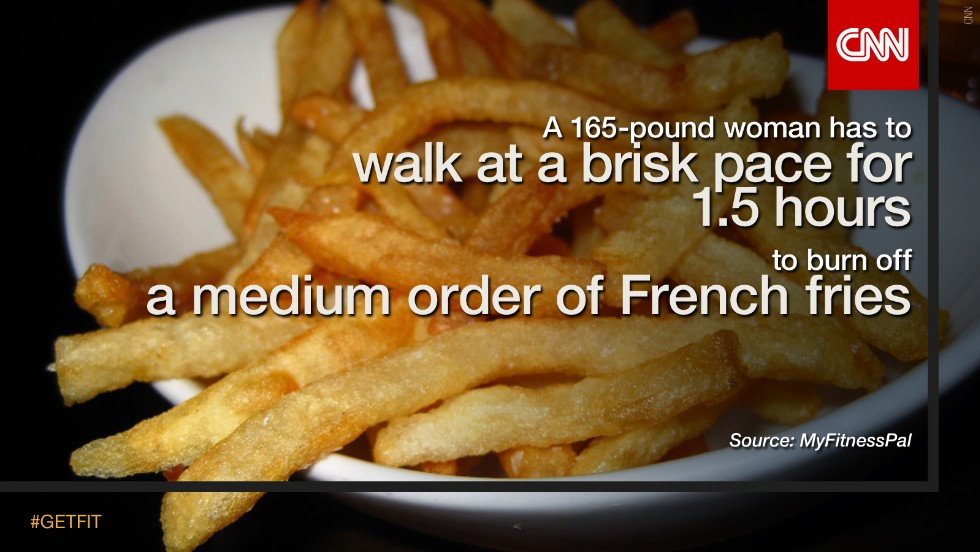 It should really come as no surprise that this crispy treat really isn’t all that great for your health. Actually, you shouldn’t eat fried potatoes more than twice a week, because doing so doubles your risk of early death, according to a study in the American Journal of Clinical Nutrition. This one is pretty sad, because it means we can no longer use the “but it’s a vegetable” excuse.

Where can I go to get free fries today?

Burger joints across the country are hosting special french fry deals on July 13. As long as you use the promo code on the app, McDonald’s is offering free fries starting at 11 a.m. local time on Uber Eats.
BurgerFi and Farmer Boys are also promoting deals, with only $1 for a piping hot serving. BurgerFi requires you to mention the one-day deal at the counter during your order, and Farmer Boys’ offer is valid only with an additional purchase. If you order off the Burger King mobile app, you can also cash in on a batch of $1 fries.
There are many ways to enjoy your fries: smother them in cheese, top them with chili or turn them into poutine. Dip them in vinegar, mayo, ketchup or a milkshake. Enjoy a few with a glass of champagne.
However you like them, be thankful for the french fry in all its crispy (or soggy) glory.