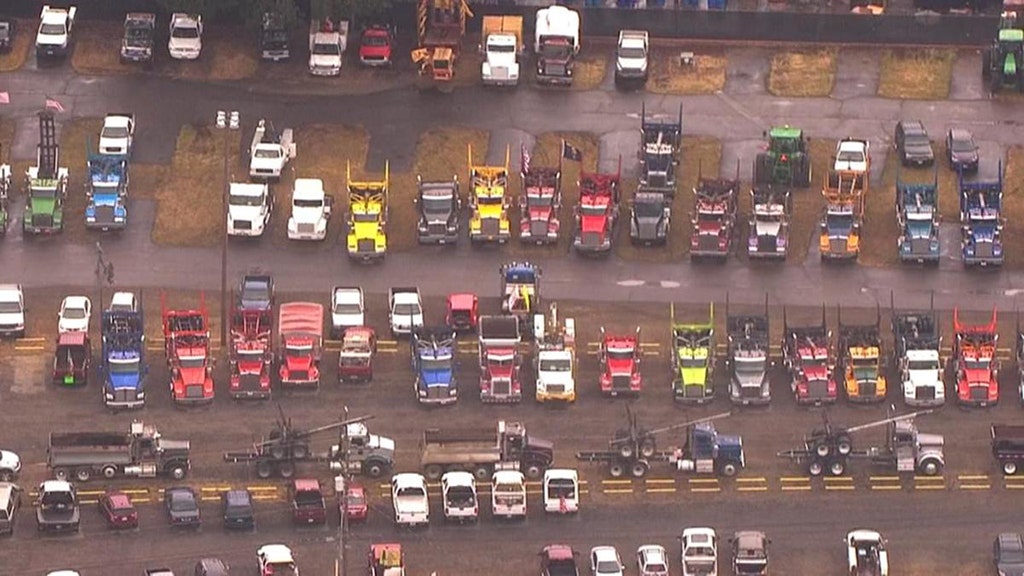 Loggers, truckers and other opponents of a cap-and-trade bill in the Oregon legislature rallied on the steps of the state capitol in Salem Thursday as the deadline for its potential passage neared.

Critics say the bill — aimed at limiting greenhouse gas emissions by auctioning off pollution allowances for carbon — would harm rural industries in Oregon such as logging and farming. It has been on hold since Republicans walked out of the Senate on June 20 and fled the state to deny the chamber’s Demoratic supermajority quorum to vote on the bill.

“We want to support the 11 senators who took the courageous step to shut this thing down and give people time to think,” logger Jon Golly told KPTV.  “This bill affects everyone. It’s not just the timber industry. The price of goods and services all go up when you start raising the price of fuel.”

Another logger, Mike Pihl, said he sympathized with Democrats’ concern about carbon emissions, but believes the cap-and-trade is an existential threat to his business.

“Today we’re here for the cap-and-trade bill which is going to destroy rural Oregon,” he told KPTV. “We’re good, hardworking people, we’re stewards of the ground. If this passes, you may as well wipe us off the map. We understand there’s a global warming issue, but this is not the way to address it.”

Democrats hold 18 seats in the Senate to the Republicans’ 11, but Oregon law requires 20 members in the chamber to do business. Oregon governor Kate Brown last week authorized state police to pursue the ‘Runaway Republicans,’ but they remain outside of the state, beyond police jurisdiction.

Democrats in the Senate announced Tuesday that the cap-and-trade bill didn’t have enough Democratic votes to pass anymore, but Republicans said Wednesday they need a further guarantee Democrats would not still try to push the bill if they returned. However, the longer Republicans stay out of the state, the less time the senators will have to consider the rest of the more than 100 bills left on their agenda, including important ones relating to budget matters.

The last day of Oregon’s legislative session is June 30. At that point, all bills not passed will simply die.

Democratic Senate Majority Leader Ginny Burdick said she could understand her Republican colleagues being worried about a trap, but that the body needs to take care of the other policy and budget bills in front of them.

“If the Republicans continue to abscond from their jobs, we will not be able to do that. And, that’s very serious,” she said.

Republican Senator Tim Knopp told Fox and Friends Tuesday that Republicans were prepared to wait out the session until June 30 at midnight to ensure cap-and-trade won’t pass.

“Unless we can have an agreement, that’s how long we’ll be out,” he said.