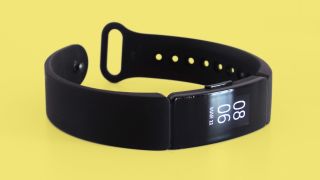 and Inspire HR quickly became two of the company’s most popular fitness trackers after launching earlier this year, and a new software update has made them even more customizable than before.

If you update the software on either tracker in the coming days, you’ll get access to six new watch faces.

These are called Minimal Deco, Post Analog, Tron, Valerie, Segments and Just Time. All are in black and white – that’s a limitation of the screen tech here – but they offer a variety of new, clean designs that allow you to change how your wearable looks.

The update is set to be a gradual roll-out for both devices, so there’s no telling exactly when it will land on your fitness tracker. But it began being pushed out on July 4, so you’re likely to see it in the coming days.

You’ll be looking out for version 1.63.5 of the software. You can see what number software you’re running when you enter the Fitbit app on your phone and press on your tracker to read more detail about it.

The rest of the update is bringing bug fixes to the tracker, and the Fitbit Charge 3 is going through a similar process to get some new tweaks, but there are no extra watch faces or features for that wearable.