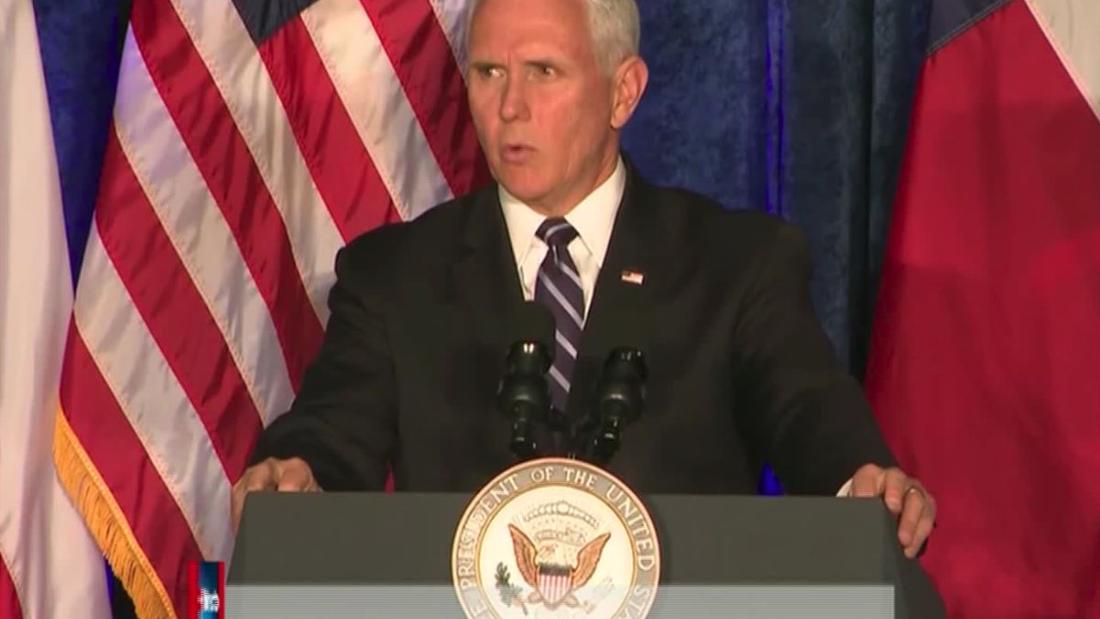 “It is one of the reasons we continue to call on Congress to give (Department of Homeland Security), Customs and Border Protection additional resources at the border,” Pence told CNN’s Jake Tapper on “State of the Union” when pressed on the Trump administration’s legal argument earlier this week that detained migrant children didn’t need basic hygiene products in order to be held in “safe and sanitary conditions.”

“This is the wealthiest nation in the world,” Tapper said. “We have the money to give toothpaste and soap and blankets to these kids in this facility in El Paso County. Right now, we do.”

“Well, of course — of course we do,” Pence responded.

“My point is it is all a part of the appropriations,” Pence said. “Congress needs to provide additional support to deal with the crisis at the southern border but we have to get to the root causes and close the loopholes that human traffickers as we speak are using to entice vulnerable families to take the long and dangerous journey north.”

“President Trump has said we could fix this in 15 minutes if the Democrats will sit down with us,” he said.

As CNN reported earlier this week, a group of doctors, advocates and lawyers are warning of what they say are major health and hygiene problems at several US Customs and Border Protection facilities in Texas.

“There was just a pervasive health crisis,” attorney Toby Gialluca said in describing what she said were the conditions at the Ursula Processing Center in McAllen, Texas. “Virtually everyone we saw was ill.”

All rights and copyright belong to the author:
Source – https://edition.cnn.com/2019/06/23/politics/mike-pence-border-conditions-congress/index.html?utm_source=feedburner&utm_medium=feed&utm_campaign=Feed%3A+rss%2Fcnn_latest+%28RSS%3A+CNN+-+Most+Recent%29