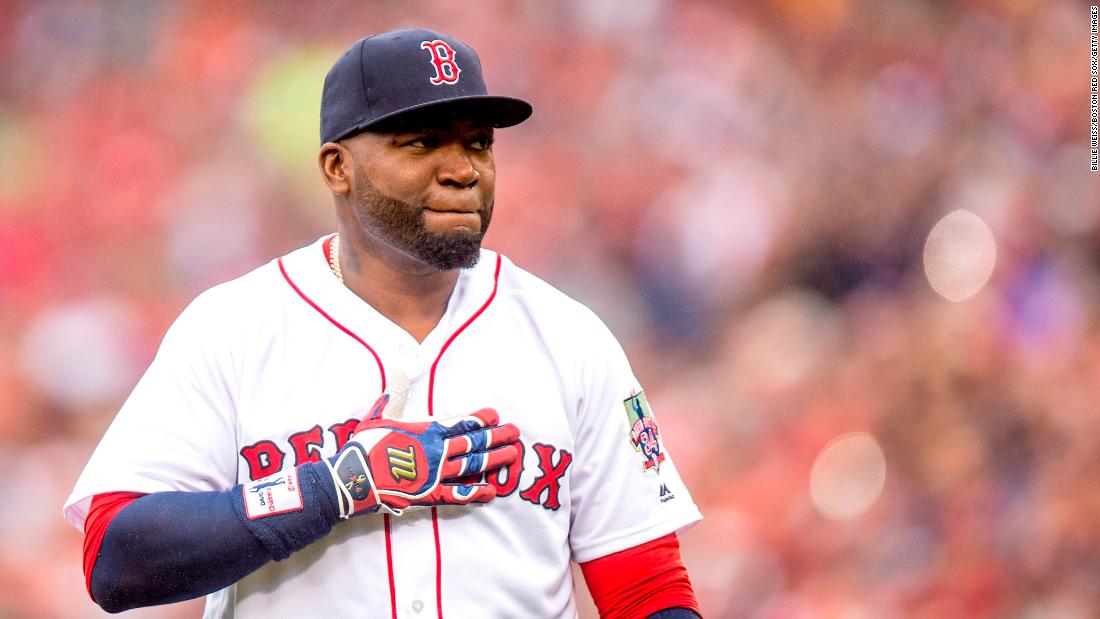 (CNN)Former Red Sox player David Ortiz is out of intensive care two weeks after a gunman shot him in his native Dominican Republic, his wife says.

Ortiz remains at the Massachusetts General Hospital, and is in good condition, Tiffany Ortiz said in a statement issued via the Red Sox.
A gunman shot Ortiz in the lower back on June 9 while he was sitting on a crowded bar patio in Santo Domingo. The bullet passed through Ortiz, perforating his intestines and internal organs. It then hit his friend, TV talk-show host Jhoel Lopez, in the leg.

Following surgery in the Dominican Republic, Ortiz was flown to Boston, where he underwent a second operation.

A friend of Ortiz — who shared a table with him at a patio bar in Santo Domingo — was the target of the bungled hit, Attorney General Jean Alain Rodríguez Sanchez said last week.

A total of 11 suspects are in custody and two more are on the run.

All rights and copyright belong to the author:
Source – https://edition.cnn.com/2019/06/23/sport/david-ortiz-out-of-intensive-care/index.html?utm_source=feedburner&utm_medium=feed&utm_campaign=Feed%3A+rss%2Fcnn_latest+%28RSS%3A+CNN+-+Most+Recent%29