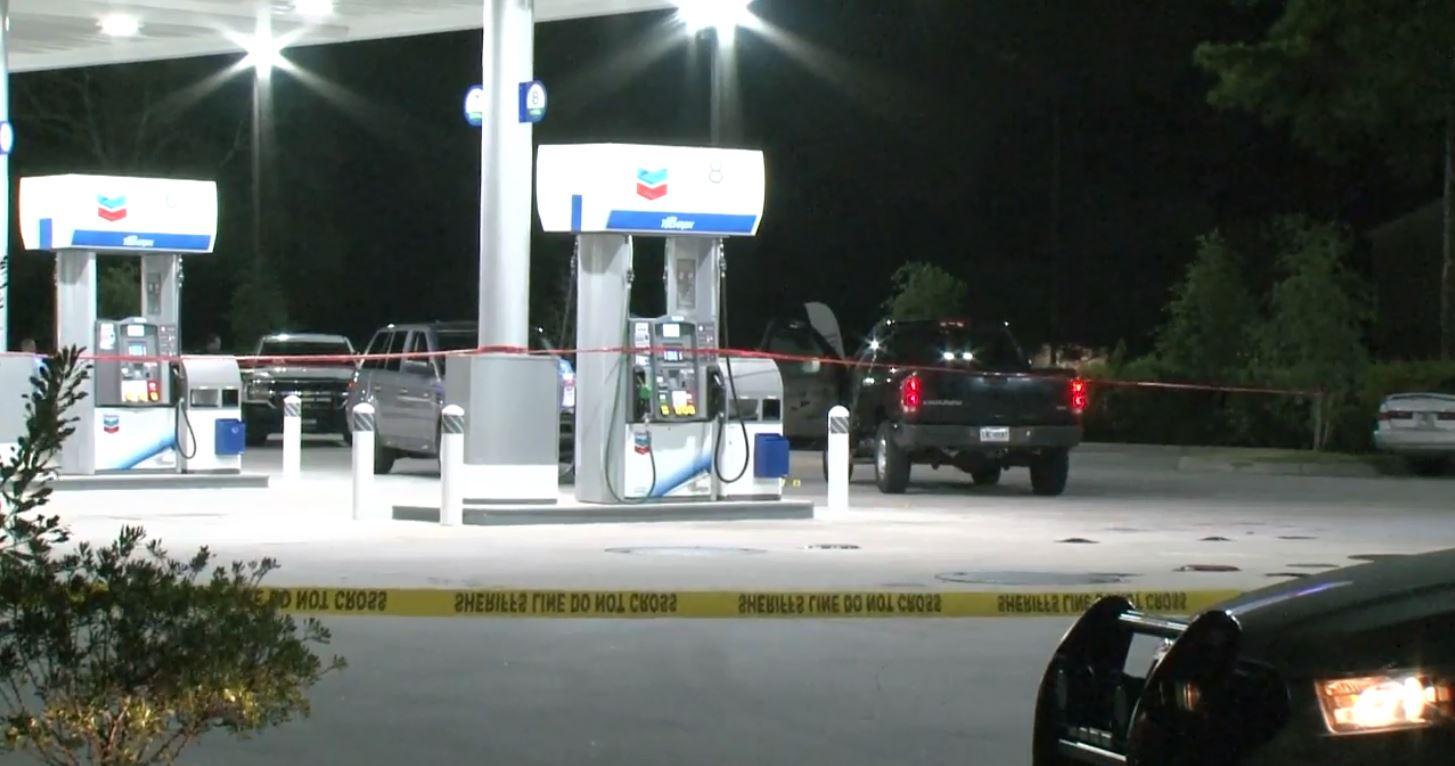 Investigators worked the scene of a road rage shooting in Spring that left a 32-year-old man dead on Friday, June 21, 2019.

Investigators worked the scene of a road rage shooting in Spring that left a 32-year-old man dead on Friday, June 21, 2019.

An unnamed suspect shot and killed a 32-year-old man Friday night in Spring during an argument over a car crash, Harris County Sheriff’s Office investigators said.

Authorities are searching for a black male who fled the Chevron gas station near Cypress Station Drive and Cypress Trace Road in a gray Ford F-150 with a gray truck bed cover and several running boards. The suspect was described as slightly taller than 6 feet with a medium build, last seen wearing red shorts and a black T-shirt.

Harris County sheriff’s Sgt. Greg Pinkins said the suspect and an unnamed driver were involved in a highway crash several miles from the gas station at about 8 p.m. The driver asked his friend to help him at the gas station.

After the driver’s friend arrived, the suspect pulled up onto the scene and an argument ensued, Pinkins said. The suspect shot the victim several times before fleeing the scene, he said.

Investigators have a tentative identification of the victim, but they are waiting to release his name pending a medical examiner’s report, Pinkins said. Two witnesses were located at the scene, and investigators are reviewing surveillance video, Pinkins said.

All rights and copyright belong to the author:
Source – https://www.chron.com/local/article/Road-rage-argument-leads-to-fatal-shooting-in-14030294.php

US Ramps Up Returns of Asylum-Seekers to Mexico, Adding Cubans