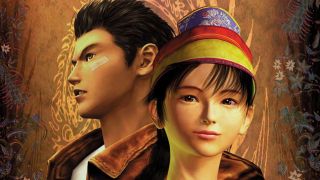 For many, the upcoming release of Shenmue 3 is a dream come true. It’s been 18 years since the original release of Shenmue 2 on the Sega Dreamcast, and for ages, it looked like we would never see another installation in the action-adventure series.

But thanks to unrelenting and passionate fans, the persistence of director Yu Suzuki, and a successful Kickstarter, we’re finally seeing Shenmue 3 release on November 19, 2019 (assuming it isn’t delayed…again).

Continuing on from its predecessor, Shenmue 3 will keep following the story of teenage martial artist Ryo Hazuki as he searches for his father’s murderer in 1980’s China, only to get caught up in dozens of mini-games, chores and side quests along the way.

Can’t wait to catch up on Ryo Hazuki’s latest exploits on modern consoles? Here’s everything we know about Shenmue 3 so far.

Cut to the chase

The most recent trailer for Shenmue 3 revealed more information about what we can expect from playing the game. It appears that this version of the game will focus much more on martial arts combat than previous entries. Ryo seems to be studying under a new kung fu grandmaster to learn new martial arts skills at a new dojo.

You will use these arts to both defeat your enemies and save civilians in cinematic moments. This trailer also revealed that the game will launch first on PC through the Epic Games Store.

This recent Shenmue 3 trailer gave us a closer look at the game’s story and finally revealed an ambitious release date of August 27, 2019. This has since been delayed a few more months to November 19, 2019.

The first teaser trailer for Shenmue 3 showed us small slice of an in-development build of the game, and gave us a sneak peek at the new look of the main characters, new characters, as well as the re-imagined Shenmue world.

Check it out below:

In an update to backers on Kicskstarter, Ys Net has revealed that Shenmue 3 is going to be an Epic Store exclusive for awhile:

“Development for Shenmue III has been moving forward using Unreal Engine and the support we have received from Epic has been excellent. But most importantly, in looking for the most enjoyable experience on PC, it was decided together with Deep Silver after much discussion that the Epic Games Store would be the best distribution platform option.”

Originally, we were due to get our hands on Shenmue 3 in December 2017 but, unsurprisingly, the release date was delayed into 2018. Publisher Deep Silver then announced the release window was once again being pushed back to 2019. It was finally revealed in August, 2018 that Shenmue 3 will release on August 27, 2019, and then delayed again until November 19, 2019. Better late than never, right?

Mini games and QTE will return

It looks like mini games will be making a return – while new games will be added. A poll on the Shenmue 3 Kickstarter suggested the YS Net was trying to survey which were the favorites among fans. If you’re a Lucky Hit fan then you’ll be pleased to know that it seems to be returning – and apparently you can win special prizes from playing it and other mini games.

In addition, Suzuki has confirmed quick time events will also be returning, so get your reflexes ready.

Speaking to GamesRadar, Suzuki said: “I decided to go all-in with making the world-building distinctive. There are a lot of open-world games out there, but I don’t believe many, if any, are quite like Shenmue.”

All rights and copyright belong to the author:
Source – https://www.techradar.com/news/shenmue-3-release-date-trailers-and-news