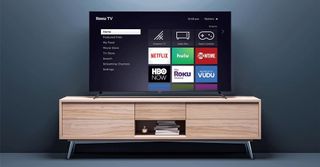 ‘Should you buy a TCL TV?’ It’s a question that might be hard to answer when you’re in the midst of shopping for your next television. With so many TVs around these days, making head or tail of all the names on the market can be nigh impossible.

That’s why we’ve put together this guide to the Chinese electronics brand, so if a TCL television comes your way, you know whether it’s the right one for you.

TCL hasn’t been around for quite as long as some of the players in the TV market, but in recent years has grown to one of the larger TV manufacturers in the world. We’ve seen competing stats putting TCL at either second or third place, based on the number of TVs shipped globally – neck and neck with LG, but behind market-leader Samsung – but suffice to say it’s definitely in the big leagues.

While its biggest audience is unsurprisingly in its homeland of China, TCL now ships televisions all over the world, with a strong presence in the US, Europe, Australia, and SE Asia. (Those of you in the UK may be less familiar with the name, given TCL only started selling TVs on UK shores last year.)

So how do TCL’s TVs differ from the competition, and are they worth your money?

Should I buy a TCL TV?

TCL’s main advantage in the TV market is its aggressive pricing. It manufactures televisions at a large scale and has passed on a lot of those savings to consumers in a bid to win over consumers worldwide. If you’re looking for a cheap television that offers a lot for the price, TCL will often be a good bet – often for very large sized televisions too.

If the thought of forking out for a 55 inch or 65 inch television has got you sweating, know that TCL won’t charge you through the nose for it – and the TV-maker offers everything from 32 inch displays to massive 75 inch screens.

There is always a cost vs performance question to consider, as cheaper televisions almost inevitably mean a drop in quality from their more premium counterparts.

Picture processing is often the first thing to suffer, with basic processors unable to really cope with the demands of high-resolution television. TCL’s televisions tend to go quite heavy on picture processing, which some would say provides a dynamic picture, but can lead to off-color pictures and middling contrast.

4K resolution is increasingly the norm for smart TVs these days, which is great for those wanting to watch TV and films in crisp Ultra HD detail. You’ll often get high dynamic range (HDR) bundled in too, though a TV under $500 / £500 / AU$700 won’t usually have the specs to really draw out HDR’s expanded color gamut – so be aware that a cheap 4K HDR set from TCL won’t provide the same picture as a more high-end television.

TCL has used a number of operating systems for its TVs over the years, so it’s worth making sure you’re getting a decent smart TV platform with your television. Many of its mid-range US sets use the Roku TV smart platform, and makes for a breezy, thought-out interface with plenty of your favorite streaming apps like Netflix, Hulu, and Amazon Prime Video.

Other TCL sets, like the DP648 in the UK, use a much more basic Linux OS. Most TCL TVs coming out this year is going to have the same Android OS in an attempt to standardise across the board, and is a good all-rounder smart platform also used by Sony and Hisense.

TCL has some more experimental TV designs now and then, though largely closer to its home market in China. But US viewers after something fancy may want to keep an eye out for the TCL 8-Series 8K QLED, which marks the start of TCL’s foray into 8K’s ultra-high resolutions.

It’s also worth noting that TCL doesn’t support HDR10+, sticking instead to the leading Dolby Vision format for its fancier TVs, though this will only really make a difference if you plan on watching a lot of premium HDR formats.

Overall, your choice of a TCL TV may come down to where you live. In the US there are plenty of TVs we’ve reviewed well, and TCL has built up an understanding of the market and what US viewers want from their televisions. In the UK you have fewer options, which aren’t quite as competitively priced. If you do opt for a TCL television, though, you can be sure you’re getting a good value TV.

So that’s the background on TCL, but what did we actually think of the televisions we tested out?

We’ve reviewed TCL televisions at a range of prices, sizes, and specifications – and you check out the most important ones below.

TCL 6-Series Roku TV review (US): The TCL 6-Series is the best TV under $1,000, period. Packing Wide Color Gamut, Dolby Vision and a full-array panel at just $650 for the 55-inch 55R617, this is the budget-friendly 4K TV that we’ll recommend to friends, family and readers for the rest of the year.

TCL 8-Series 8K QLED Roku TV hands on review (US): The 8-Series’ use of mini LEDS and QLED technology provide a noticeable leap over the 6-Series, including better off-angle viewing and a thinner overall design. Just know, while it may be TCL’s best, we fully expect it to be TCL most expensive yet.

TCL 5-Series (US): With a bit of tweaking you can turn the TCL 5-Series into a solid, mid-level LED TV. It doesn’t have the highest peak brightness at its price point, and suffers from the existence of the much-superior 6-Series that costs just $100-$200 more.

TCL P6-Series (US): Bright, colorful and well-stocked with the latest display technologies, the TCL P6-Series 55P607 was our pick of the best value TV of 2017.

TCL DP648 4K Smart TV (UK): The first TCL set to reach UK shores, the DP648 promises 4K on a budget, and it does just that. It can’t compete with more high-end models, and the picture processing can make HDR content come out looking worse for wear. But TCL’s 4K set still offers a fair amount for the price.

All rights and copyright belong to the author:
Source – https://www.techradar.com/news/should-i-buy-a-tcl-tv-a-look-at-one-of-the-fastest-growing-tv-brands