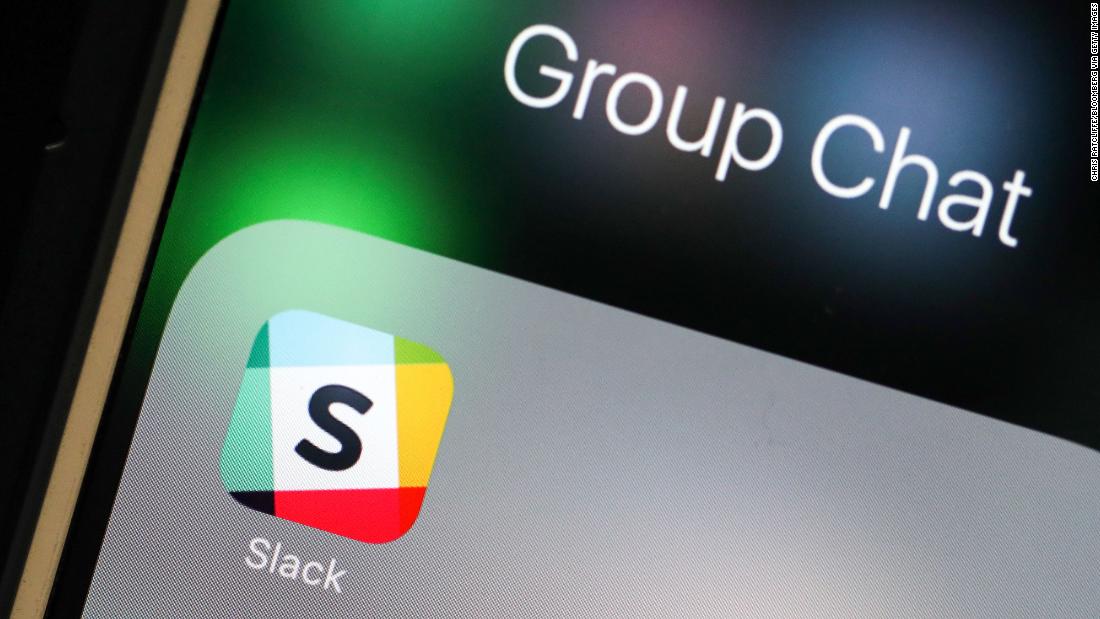 The tech company’s Wall Street debut is unconventional. Slack opted to pursue a direct listing, which means it didn’t have investment bankers to pitch its shares to institutional investors or go on a roadshow to drum up hype.

A direct listing is less pricey and time consuming, but also comes with risks. Spotify (SPOT), the last major company that went public this way, has underperformed since its shares began trading in April 2018.
Slack will also face questions about its lack of profitability, a factor that dinged the IPOs of Uber (UBER) and Lyft (LYFT) earlier this year. Slack reported a net loss of $138.9 million in its last fiscal year, and sales growth is slowing.
The company will trade under the ticker symbol WORK.

2. Fed tonic: Investor optimism is pushing higher after the US Federal Reserve set the stage for potential interest rate cuts this year amid concerns about trade and its impact on economic growth.

At its meeting Wednesday, the Fed held interest rates steady but left the door open for a move next month to slash rates lower.

Markets now see a cut in July as a done deal, with the odds of a reduction hitting 100%, according to CME’s FedWatch tool.

Dovish comments from Fed Chair Jerome Powell and European Central Bank President Mario Draghi this week could make things awkward for the Bank of England, which will announce its latest rate decision Thursday.

The central bank is expected to maintain current rates but reiterate that it intends to raise borrowing costs down the line. That would make the BOE a major outlier.

Brent crude futures, the benchmark for global oil prices, shot up 2.4% Thursday after Iranian forces shot down a US military drone. The move, likely to inflame tensions between Washington and Tehran, forced up US oil prices by 2.7%.

The Dow closed up 0.2% on Wednesday. The S&P 500 finished 0.3% higher, while the Nasdaq increased 0.4%.
4. Coming this week:
Thursday: US leading indicators; Bank of England rate decision; earnings from Darden (DRI), Kroger (KR) and Red Hat (RHT)
Friday: US existing home sales; Markit flash US manufacturing PMI
All rights and copyright belong to the author:
Source – https://edition.cnn.com/2019/06/20/investing/premarket-stocks-trading/index.html?utm_source=feedburner&utm_medium=feed&utm_campaign=Feed%3A+rss%2Fcnn_latest+%28RSS%3A+CNN+-+Most+Recent%29