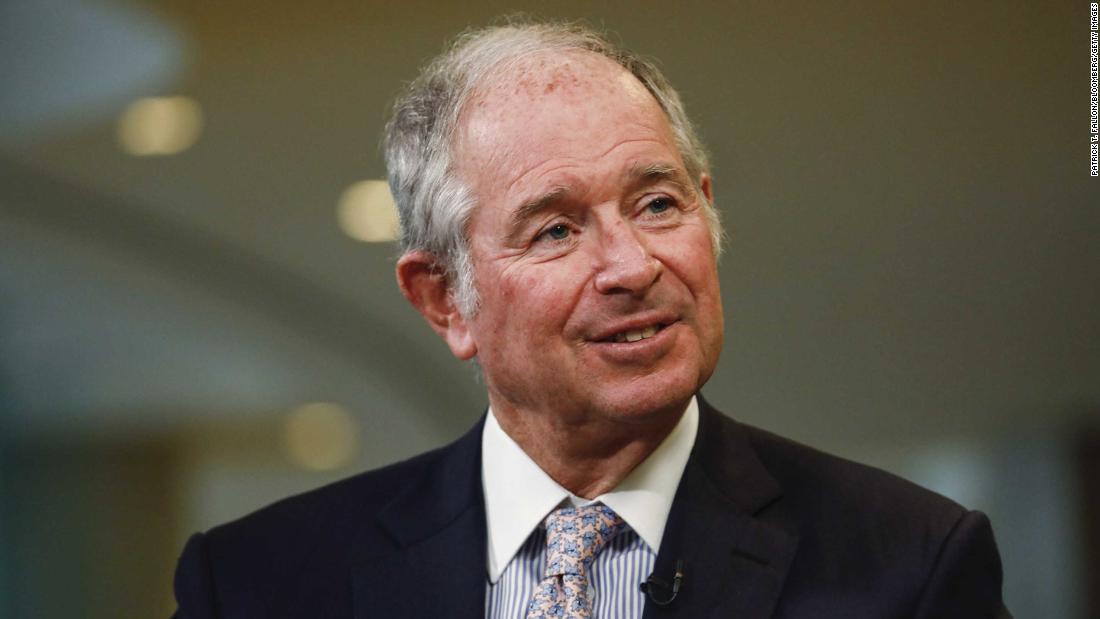 New Delhi (CNN Business)Stephen Schwarzman, the billionaire founder of investment firm Blackstone (BX), has given the University of Oxford its largest single donation in hundreds of years to help fund research into the ethics of artificial intelligence.

The Stephen A. Schwarzman Centre for the Humanities will bring together all of Oxford’s humanities programs under one roof — including English, history, linguistics, philosophy and theology and religion. It will also house a new Institute for Ethics in AI, which will focus on studying the ethical implications of artificial intelligence and other new technology. The institute is expected to open by 2024.

“For nearly 1,000 years, the study of the Humanities at Oxford has been core to western civilization and scholarship,” Schwarzman said in a statement. “We need to ensure that its insights and principles can be adapted to today’s dynamic world.”

Schwarzman is the world’s 82nd richest person, according to the Bloomberg Billionaire’s index, with a net worth of $15.2 billion.

The 72-year-old has donated hundreds of millions of dollars to universities around the world, including a $150 million gift to his alma mater Yale University in 2015. In 2013, he launched a global scholarship at China’s Tsinghua University — the Schwarzman Scholars program — modeled on the Rhodes Scholarship and worth more than $575 million.

The gift to Oxford is not his first big donation towards artificial intelligence research. He made a $350 million gift to the Massachusetts Institute of Technology last year to set up the MIT Schwarzman College of Computing, which aims to “address the opportunities and challenges presented by the rise of artificial intelligence” including its ethical and policy implications.

The rapid rise of AI and machine learning has led to growing calls to examine its impact on society, with experts warning of the technology’s potential misuse if it isn’t controlled. Tesla (TSLA) CEO Elon Musk warned in 2017 that competition between countries for AI supremacy could potentially spark a third World War.

Tim Berners-Lee, the inventor of the world wide web, voiced his support for Schwarzman’s donation to Oxford.

“It is essential that philosophy and ethics engages with those disciplines developing and using AI,” he said in a statement shared by the university. “If AI is to benefit humanity we must understand its moral and ethical implications,” he added.

All rights and copyright belong to the author:
Source – https://edition.cnn.com/2019/06/19/tech/stephen-schwarzman-oxford-ai-donation/index.html?utm_source=feedburner&utm_medium=feed&utm_campaign=Feed%3A+rss%2Fcnn_latest+%28RSS%3A+CNN+-+Most+Recent%29