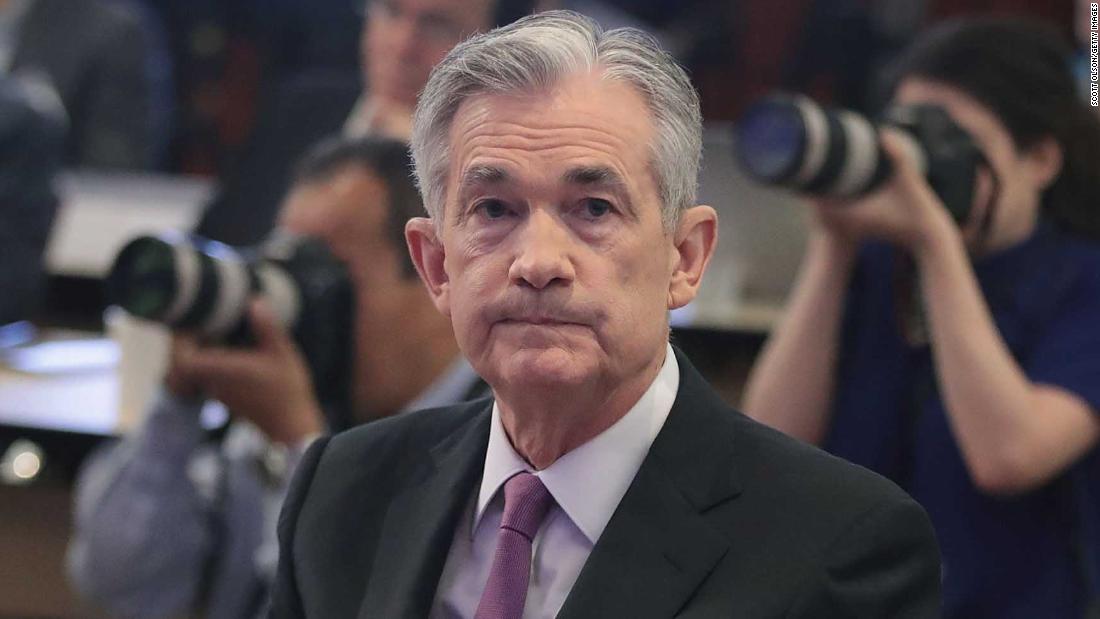 What’s changed the central bank’s modus operandi? President Donald Trump.
The President has waged an unprecedented public pressure campaign on his handpicked Fed chairman, Jerome Powell. He’s called him “loco” in interviews, asked if he could be fired and on Sunday he again said he has the right to demote Powell and criticized past interest rate hikes. But the real game-changer has been the rest of Trump’s actions — specifically, his multi-front trade wars, which come just as growth was is tapering off globally.
“I’m sure things will change before the next meeting,” Powell said this past week at his now-regular press conferences, another departure from the tradition of only occasionally answering questions about rate decisions set by his predecessors.

Under Trump, the Fed has had to adapt to both a faster-moving economy and a president who has ripped up the usual Washington playbook in favor of more unorthodox approach.

“Where the economy is always uncertain. There are always surprises,” said David Wessel, director of the Hutchins Center on Fiscal and Monetary Policy at the Brookings Institution. “The President of the United States is not usually adding to the confusion as he is now. The President has made everything harder.”

Buoyed by a strong job market and steady growth, Powell stepped into his role in 2017 pledging to slowly bring interest rates back up from historically low levels, where they’ve languished since the Great Recession a decade ago. But while the economy has remained steady, Trump has injected an element of uncertainty since 2018 imposing tariffs on steel and aluminum imports as well as on billions of dollars of Chinese goods.

Markets shuddered last winter as the Fed continued raising rates, but recovered as Trump appeared to move toward reaching a settlement with his Chinese counterpart Xi Jinping. His surprise decision in early May to abandon talks and threaten additional tariffs on China after negotiators changed the landscape, capsizing confidence that policymakers, let alone markets and investors, could confidently predict the future.

Trump’s Twitter threat shortly after to impose tariffs on Mexico over immigration — just as he was trying to convince Democrats to accept the replacement he negotiated for the North American Free Trade Agreement — further fueled concerns.

“Fed officials — the Board, Reserve presidents, staff — they are conditioned to think of politicians acting in certain ways, in certain parameters, and President Trump has clearly discarded the normal way of doing business,” said Brian Gardner, director of Washington research at the investment bank Keefe, Bruyette & Woods. “They are used to operating in a certain environment, and that certain environment doesn’t exist anymore.”

It’s that uncertainty that drove the Fed to leave all options on the table, including possible rate cuts as early as July — though policymakers declined to vote for a shock rate cut at their June meeting, keeping with their habit of painstakingly signaling their intentions to markets to avoid flash crashes or spikes.

“It’s ironic they took the word ‘patience’ out of their statement,” said Nathan Sheets, a former Treasury undersecretary who served in the Obama administration. “This was a meeting where patience was the best approach and that’s precisely what they did.”

Powell at his press conference on Wednesday stressed the importance of not reacting to one single data point or one event, rather wanting to ensure that developments and trends are “genuine.”

“We’d like to see more going forward,” he said.

But the challenge facing the Fed is distinguishing between signal and noise — and moving too fast, risking overheating the economy if Trump pulls back.

“The Fed has got to stay focused on where is the economy and what are the implications of the trade war on the economy,” said Sheets, now chief economist and head of Global Macroeconomic Research at PGIM Fixed Income. “Maybe they’ll respond aggressively to get ahead of the economic effects but trying to preempt the next move by Trump and Xi — you just can’t do it. It’s not knowable.”

All rights and copyright belong to the author:
Source – https://edition.cnn.com/2019/06/23/economy/powell-federal-reserve-caution-trump/index.html?utm_source=feedburner&utm_medium=feed&utm_campaign=Feed%3A+rss%2Fcnn_latest+%28RSS%3A+CNN+-+Most+Recent%29