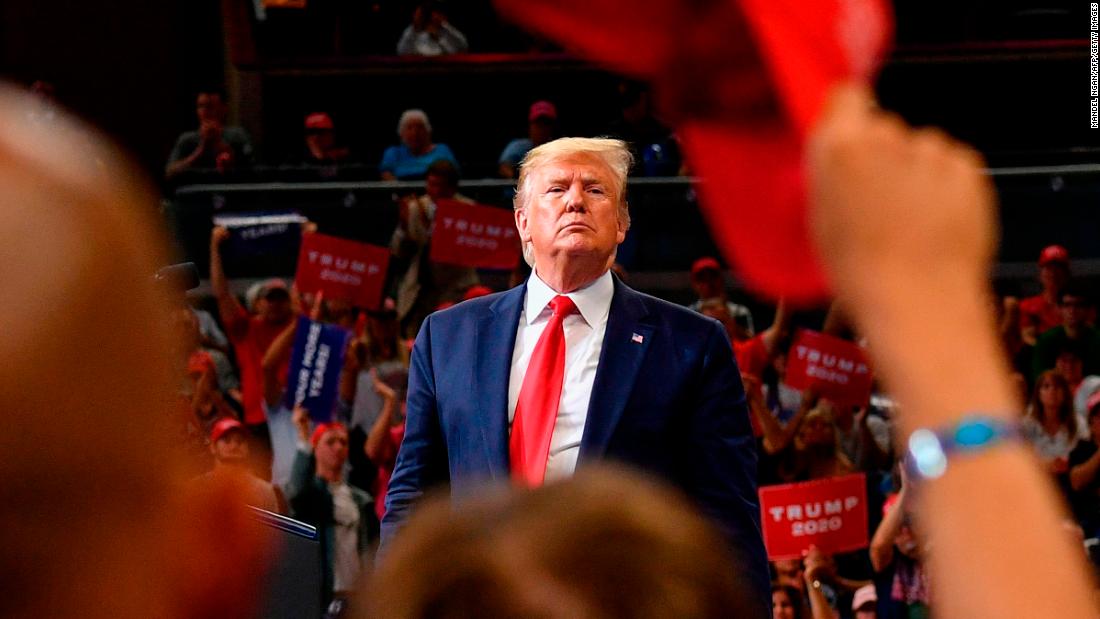 The Trump campaign and his committees raised $54 million while the RNC raised $51 million, the campaign said in a news release.

Trump’s haul — and the $100 million war chest he and the RNC have in remaining cash — cements his early fundraising advantage over the Democratic field, especially as the two dozen Democrats vying to face Trump in the general election are scrambling for money to compete in the primaries. The announcement comes as Democratic 2020 hopefuls are revealing their second-quarter results.

Pete Buttigieg raised $24.8 million from 294,000 people in the second quarter of 2019, his campaign announced Monday — a massive haul for the South Bend, Indiana mayor who was relatively unknown six months ago. Vermont Sen. Bernie Sanders, who led the field of candidates in first quarter fundraising, is expected to announce his second-quarter numbers later Tuesday.
Trump, who built his unorthodox 2016 campaign on online, small-dollar donors, never stopped running for office. He filed his paperwork for re-election on the day he took the oath of office in January 2017 and raised more than $30 million in the first quarter of 2019.

In an unprecedented move, Trump’s campaign has merged its operations with the RNC, giving the President’s campaign operatives a leading role in guiding field operations, well ahead of the general election.

In 2011, former President Barack Obama had raked in $47 million for his re-election campaign in the second quarter that year, and the Democratic National Committee had raised $38 million.
Go To Source
World News