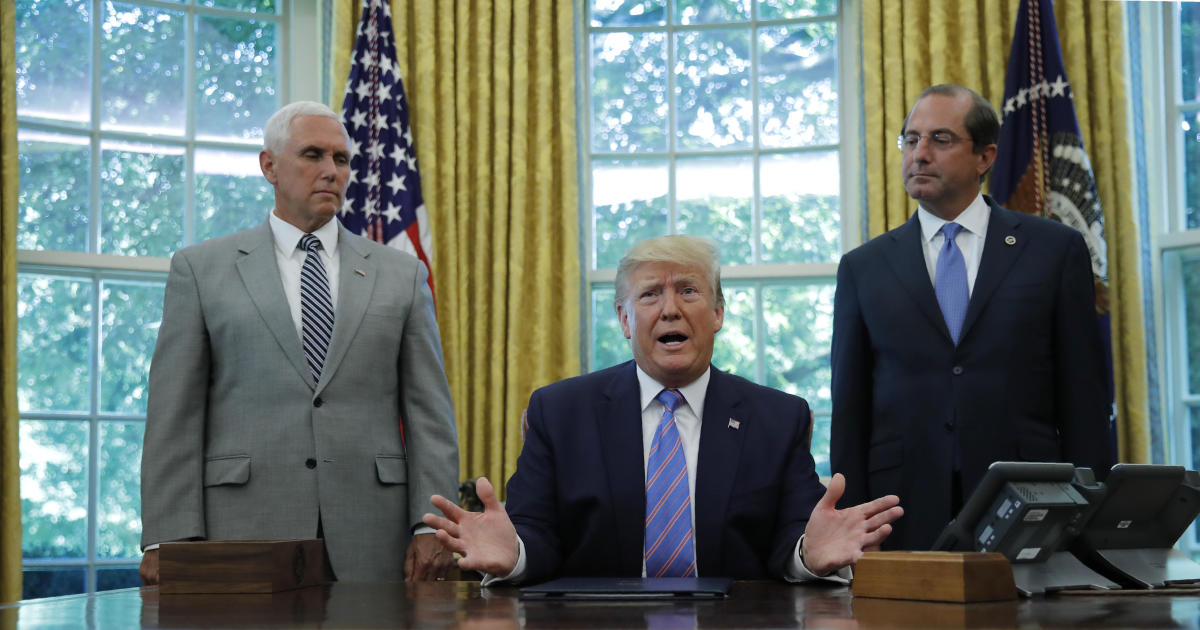 U.S. Army tanks will be present at the July 4 “Salute to America” celebration, but care will be taken not to damage the streets of Washington with their sheer weight, President Trump told reporters Monday. He made the remarks at the White House Monday during a White House photo op for two bills on humanitarian assistance at the border and modernizing the IRS.

The president has long been enamored by the possibility of an even grander-than-typical Independence Day celebration, and he’s borrowing ideas from events abroad like France’s Bastille Day celebration. Mr. Trump will be speaking at this year’s event in the scorching heat.

“You’ve got to be pretty careful with the tanks because the roads have a tendency not to like to carry heavy tanks. So we have to put them in certain areas but we have the brand new Sherman tanks and we have the brand new Abram tanks,” the president told reporters. “And we have some incredible equipment, military equipment on display — brand new. And we’re very proud of it. You know, we’re making a lot of new tanks right now. We’re building a lot of new tanks in Lima, Ohio — our great tank factory that people wanted to close down until I got elected and I stopped it from being closed down, and now it’s a very productive facility and they do, nobody’s — it’s the greatest tank in the world.”

But D.C. Rep.Eleanor Holmes Norton, D-D.C., said in a statement that “60-ton battle tanks … would likely do significant damage.  These tanks, heavy equipment, and weapons of war have no place on the National Mall at all, particularly as we celebrate the Fourth of July.”

The Washington Post reported earlier Monday that Mr. Trump’s Independence Day celebration would include tanks, and come at an unknown price tag for taxpayers. Asked if he can give a speech to all Americans Thursday, the president insisted he can — and already has.

Mr. Trump on Monday also returned to the 2020 census, saying in response to a reporter’s question that he is considering delaying it but has made no decision.

“We’re looking at that … there’s a big difference to me between being a citizen of the United States and being an illegal,” he said during a photo op for the two bills — the $4.6 billion border funding bill for humanitarian assistance and another bill intended to modernize the IRS and allow for more efficient tax enforcement.

Last week, the Supreme Court ruled the administration’s proposed citizenship question could not be added to the 2020 census because its explanation for why it should be added is insufficient.

The president also suggested that undocumented immigrant round-ups and deportations could resume soon.  “After July 4 a lot of people are going to be brought back out,” he told reporters.

The Taxpayer First Act — not to be confused with the GOP tax bill passed in 2017 — is supposed to make the IRS more user-friendly. Mr. Trump is signing the bill after returning from his trip to Asia and his last-minute meeting with North Korean strongman Kim Jong Un. The bill signing was the first time Mr. Trump has appeared since his trip to Asia.

Mr. Trump became the first U.S. president to set foot onto North Korean soil over the weekend. But whether Mr. Trump accomplished anything for the U.S. is up for debate. Mr. Trump’s last meeting with Kim ended abruptly and without an agreement.

Mr. Trump has little on his public schedule this week, and Congress is out of session for the July 4th holiday. Mr. Trump will be giving an address at an Independence Day celebration Thursday evening. Washington always has a July 4th celebration with fireworks, but presidents do not speak at it.