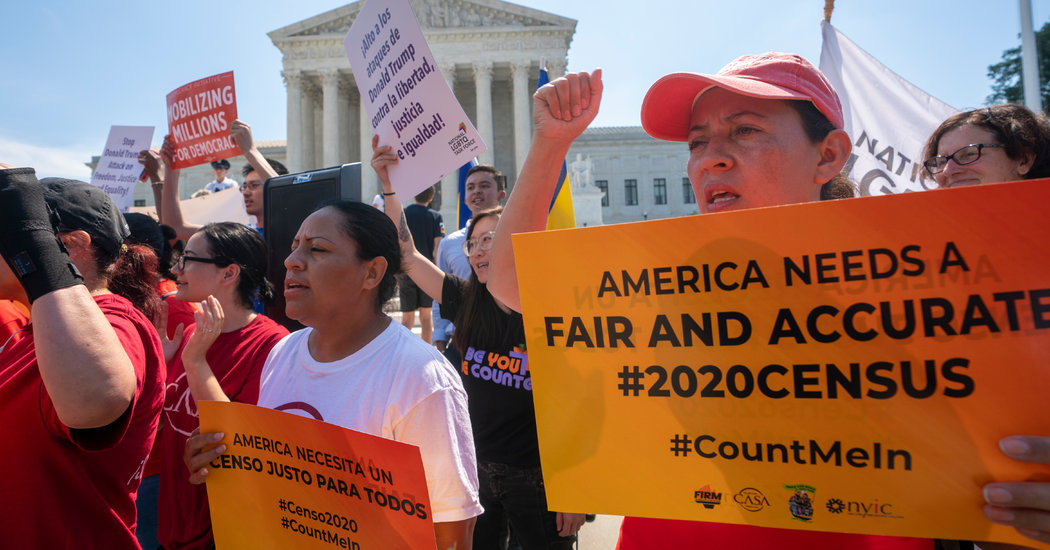 WASHINGTON — President Trump said on Wednesday that the Commerce Department is “absolutely moving forward” with plans to add a citizenship question to the 2020 census, contradicting statements made by his Department of Justice and Wilbur Ross, the Commerce secretary, and calling them “fake.”

It was the second time in two days that Mr. Trump said he was directing the Commerce Department to defy a decision made by the Supreme Court last week that blocked the plan, which critics contend is part of an administration effort to skew the census results in favor of Republicans. On Tuesday, the Justice Department said that the census was being printed without the citizenship question and Mr. Ross said that he was heeding the court’s ruling.

But the president is not letting the matter go.

“The News Reports about the Department of Commerce dropping its quest to put the Citizenship Question on the Census is incorrect or, to state it differently, FAKE!” Mr. Trump wrote Wednesday on Twitter. “We are absolutely moving forward, as we must, because of the importance of the answer to this question.”

Mr. Trump previously suggested that the census could be delayed while his administration sought another way to get the question added. The legality of creating such a delay remains unclear; if the administration offers another rationale for adding the citizenship question, it would probably be tied up in the court system again.