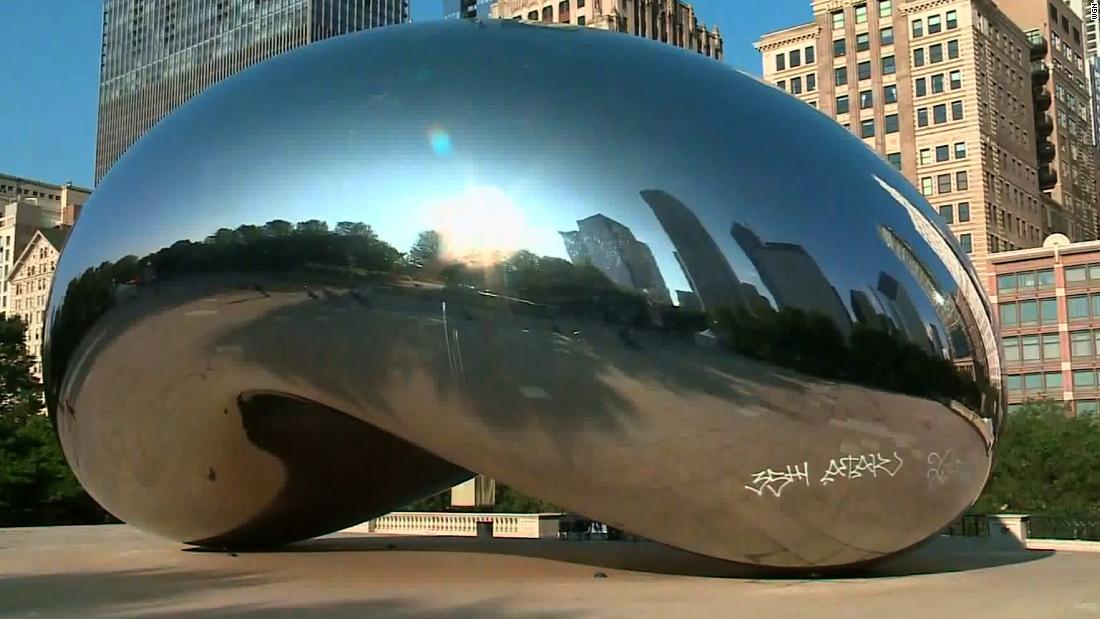 Benches and a memorial wall dedicated to cancer survivors in nearby Maggie Daley Park were also defaced.

The seven suspects were taken into custody early Tuesday morning and charges are pending, Bartoli said.

“We will send out more details when charges are finalized,” she said.

One hundred and sixty-eight stainless steel plates were cut using computer technology and assembled together like a puzzle to create the sculpture.