Chemists at C4X Discovery are using the virtual reality technology behind popular game Fortnite to visualize the structure of complex molecules. The tool, called 4Sight, has already been used to create a drug that is now in development to treat addiction.
Biochemists are also using the technology to develop drugs to tackle other diseases, such as cancer and Parkinson’s. 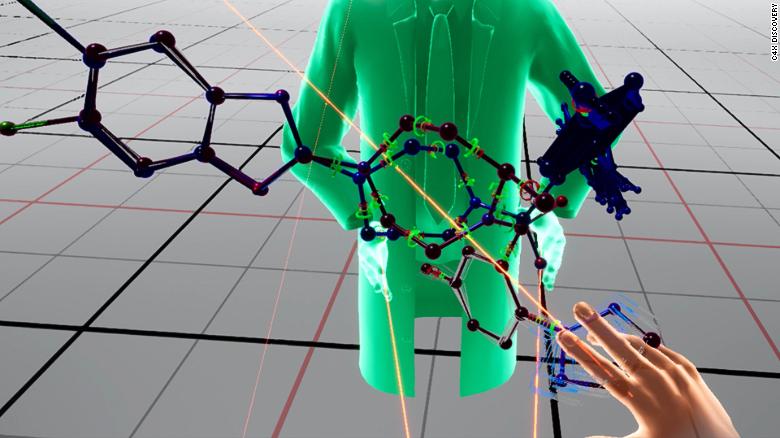 Scientists traditionally used physical models to visualize drugs. But 4Sight allows drug developers to grab hold of virtual molecules and see how they move and respond to stimuli.
The key to drug design is finding the right shape for the molecule to fit inside the targeted protein pocket. If you get the wrong shape, the molecule could fail to attach or even lodge in a different pocket, causing side effects.
“Moving molecules around that are very complicated is so much easier by grabbing them than by trying to use a mouse on a keyboard,” says Craig Fox, chief scientific officer at C4X Discovery.
The company claims that the technology could help to reduce the margin of error during the drug discovery process and enable scientists in different locations to work on drug models in the same virtual room.
“It takes about 10 to 12 years to take a drug from the concept to the market,” says Fox. “It’s often described as trying to find a needle in a haystack.”
It’s also exceedingly expensive. It costs $2.6 billion on average to develop a new prescription medicine that gains market approval, according to the Tufts Center for Study of Drug Development. 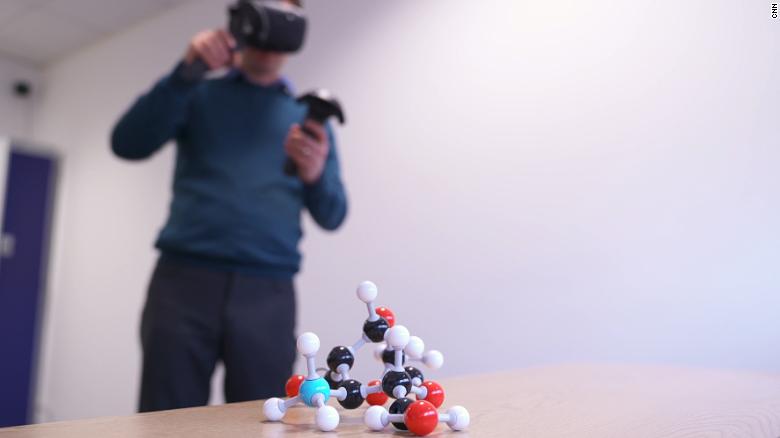 4Sight is more sophisticated than the typical ball-and-stick model

Anything that helps speed up the development process and make it less laborious for scientists is welcome. That’s why C4X Discovery hired former video game developer Phil Muwunga for the job of lead coder.
“The software is the same as a game,” says Muwunga, “we have a user base, we’re trying to get them to do tasks over and over again. And we’re trying to do it in a fun and intuitive fashion.”
4Sight enables scientists to visualize the unique 4-D data (measuring space and time as well as length, width and depth) that C4X Discovery has accumulated on small drug molecules.
“We are making a scientific tool that scientists will use to improve their daily lives,” says Muwunga. “That being said I am from the games industry and I do treat this as a game — people interact with it in the same way.” 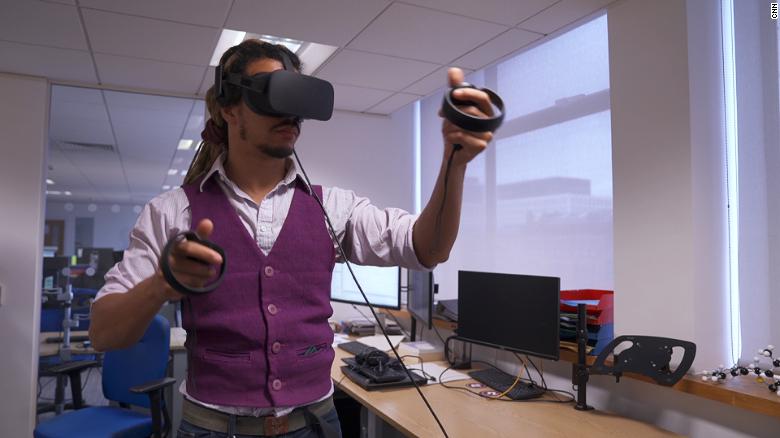 Virtual reality has shown its potential in other areas of health care.
It’s been used as a tool for medical training, with students learning about the human anatomy through simulation. Surgeons can use it to prepare for complicated surgeries, and it’s even been used as a tool for pain relief.
The global market for artificial and virtual reality in health care is projected to reach $5.1 billion by 2025, according to a 2017 report by Grand View Research.
The biggest pharma companies recognize potential of virtual reality tools. Novartis is using them in the drug design process, and Pfizer has experimented with applications from clinical trial design to manufacturing.
“We believe immersive technologies can in the future provide cognitive behavioral assistance and even telehealth,” says Jim Mangione, Pfizer’s director of emerging technologies.
All rights and copyright belong to the author:
Source – https://edition.cnn.com/2019/06/25/business/virtual-reality-scientist-drug-discovery/index.html?utm_source=feedburner&utm_medium=feed&utm_campaign=Feed%3A+rss%2Fcnn_latest+%28RSS%3A+CNN+-+Most+Recent%29