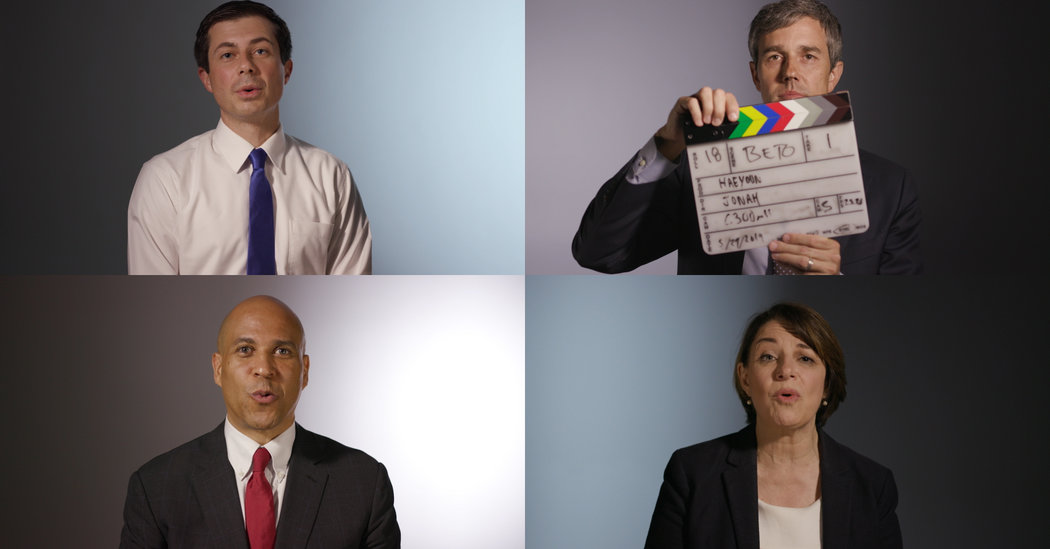 We spent hours interviewing the enormous Democratic presidential field on subjects ranging from climate change and border control to fast food and personal humiliation. And while many Democrats agree on a broad set of political ideas, there were some telling differences and disclosures that emerged from our conversations. Here are a few of our takeaways.

Distrust and Disagreements on Economic Power

[See their responses on billion-dollar fortunes.]

With few exceptions, the Democratic candidates expressed concern about the concentration of personal wealth and corporate power in the United States. But there were nuanced differences within the field, separating candidates who saw the accumulation of great fortunes as essentially offensive from candidates who said billion-dollar fortunes were not by definition problematic.

Senator Bernie Sanders of Vermont denounced the country’s “grotesque levels of income and wealth inequality,” while Senator Kirsten Gillibrand of New York said bluntly that “no one deserves to have a billion dollars.”

And most of the Democrats said the wealthy should pay more in taxes.

“When kids are struggling with a trillion and a half dollars in student loan debt, then I’ve got a problem with billionaires who are not paying their fair share,” said Senator Elizabeth Warren of Massachusetts.

[See their responses on health care.]

Democrats like the idea of single-payer health care, often branded as “Medicare for all.” But for the most part, the 2020 candidates described single payer as an aspirational, long-term goal rather than an immediate imperative.

Senator Cory Booker of New Jersey was one of several lawmakers who had endorsed Medicare-for-all legislation but said they favored more pragmatic and immediate steps to improve the health care system.

An Immigration Problem, But Not the One Trump Says

[See their responses on illegal immigration.]

While Democrats have been united in fighting President Trump’s hard-line immigration policies, there are important divisions within the party over how to address illegal immigration — and whether it really represents a problem for the United States in the first place.

We found that the 2020 presidential candidates overwhelmingly described the immigration system as broken and in urgent need of reform. But no one shared Mr. Trump’s view of illegal immigration as a threat to the country.

Beto O’Rourke, the former Texas congressman, said he favored policies that would treat migrants “with the humanity that they deserve” and “put an end to the chaos that Donald Trump has created at our border.”

A few candidates gently suggested that Democrats should be somewhat more sensitive to demands for border control.

“Illegal immigration is an issue and Democrats have to admit that it is something that we have to confront,” said Representative Seth Moulton of Massachusetts.

[Make sense of the people, issues and ideas shaping American politics with our newsletter.]

A Split on Expanding the Supreme Court

[See their responses on the size of the Supreme Court.]

One popular proposal on the left, to expand the size of the Supreme Court and fill several new seats with liberals, earned a lukewarm response from the field. Almost all of the candidates expressed deep concerns about the current makeup of the court, particularly because of its implications for abortion rights. But there was no consensus on whether adding liberal seats would be a smart idea.

Fewer than half of the 21 candidates interviewed explicitly said that they were open to the idea, including all four female senators in the race: Ms. Warren, Kamala Harris of California, Ms. Klobuchar and Ms. Gillibrand.

“It depends on what happens with the Senate, if that’s realistic,” Ms. Klobuchar said.

Many others, including Mr. Sanders, Mr. O’Rourke and Mr. Booker, said they were against the notion. And some proposed alternate ideas to change the court.

“It’s not just about the number of justices,” said Pete Buttigieg, the mayor of South Bend, Ind., who has proposed both expanding the court and overhauling the way justices are selected.

[See their responses on troops in Afghanistan and Israel’s record on human rights.]

On foreign policy, the Democrats appeared focused on undoing Mr. Trump’s policies and repairing the standing of the United States abroad. This was most apparent on the issue of climate, where nearly every candidate said they would aim to lead the world in addressing the crisis, reversing Mr. Trump’s approach.

Clarity and consensus were more elusive where the Middle East and Afghanistan were concerned. Some candidates — including Ms. Warren, Ms. Gillibrand and Julián Castro, the former housing secretary — said definitively that there would not be American troops in Afghanistan at the end of their first term. But many said it was possible or likely that they would leave some forces there.

And even as liberals have grown more skeptical about the American relationship with Israel, most of the candidates expressed nuanced views about Israel’s record on human rights and the Palestinians.

“I think that Israel is in a really tough neighborhood. I understand that. They face enormous challenges and they are a strong ally,” Ms. Warren said. “But it is also the case that we need to encourage our ally, the way we would any good friend, to come to the table with Palestinians and to work toward a permanent solution.”

[See their responses on the death penalty.]

Though opposition to the death penalty was long seen as politically risky, 20 out of the 21 candidates we interviewed said they were against it for personal, moral or practical reasons. The lone exception was Gov. Steve Bullock of Montana, a former prosecutor who said he supported capital punishment in “limited circumstances,” such as for convicted terrorists.

“I think that there are both significant economic and racial disparities when it comes to the death penalty,” Mr. Bullock said, “but I wouldn’t take it off the table for most extreme circumstances like terrorism.”

One candidate who might have staked a different position was the only Democrat not to show up for an interview: Joseph R. Biden Jr. As the co-author of a strict criminal-justice law in the 1990s, Mr. Biden once joked that he had “made it a death penalty offense for everything but jaywalking.” But Mr. Biden declined to take our questions.

Eating, Sleeping and Struggling to Unwind

[See their responses on sleep, relaxation and comfort food.]

Some of the most disarming questions turned out not to be about policy at all. Candidates huffed and sighed, grasped for words or laughed nervously — in response to inquiries about their leisure habits and private lives. Many of them acknowledged that getting embarrassed on the campaign trail is a routine experience and conceded that sleeping and eating healthy are major challenges.

“Last time out, we did a trip to the West Coast and I gained three pounds in four days,” Mr. Sanders said. “So, it’s too much comfort food.”

And for relaxation, their favorite activities ranged from the ordinary — Mr. O’Rourke said he listens to music, while Mr. Buttigieg said he watched “Game of Thrones” — to the idiosyncratic.

“I work out, I meditate, I do hot yoga and I read,” said Representative Tim Ryan of Ohio. His colleague, Representative Tulsi Gabbard of Hawaii, had perhaps the most distinctive mode of escape: “Surfing,” she said, “is so much fun.”

All rights and copyright belong to the author:
Source – https://www.nytimes.com/2019/06/19/us/politics/democrat-interviews.html?emc=rss&partner=rss