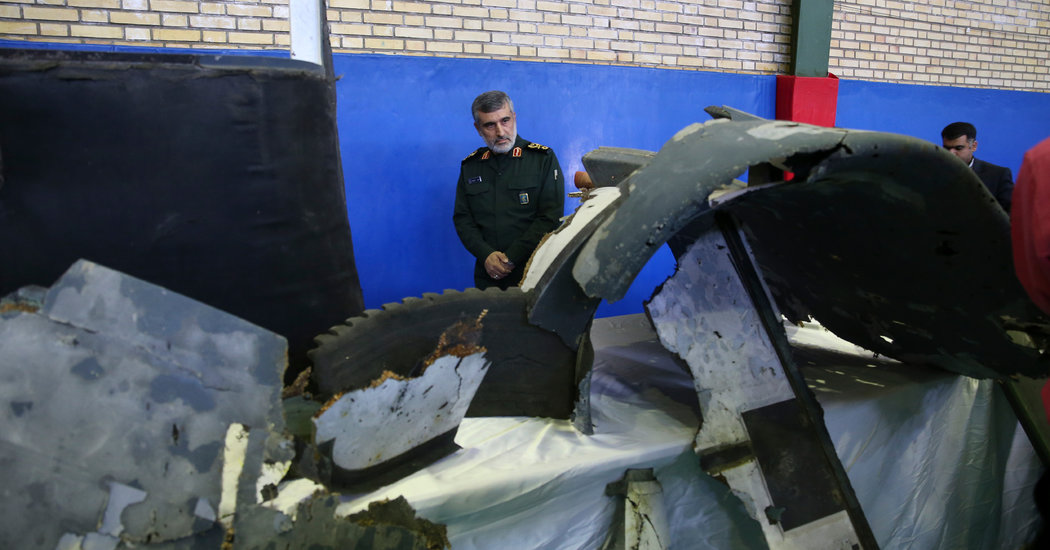 What happened — or did not happen — last night?

President Trump on Thursday approved military strikes against Iran in retaliation for shooting down an unmanned American surveillance drone. The American operation was to be carried out before sunrise against Iranian military sites to avoid human casualties, which would have been around 9 p.m. Thursday Eastern Daylight Time.

Throughout the day on Thursday, Mr. Trump was not specific about how he planned to respond to Iran’s strike, which American officials say happened over international waters while Iran asserts the drone was in its airspace. Mr. Trump responded to questions with wait-and-see answers and also suggested that the Iranian attack was a mistake. Around 7 p.m., military and diplomatic officials were prepared for a strike, and the operation was underway.

Then, Mr. Trump called it off.

[Trump stopped the strike on Iran because it was “not proportionate.”]

What started the latest crisis?

The United States and Iran have a long history of tensions, but the latest escalation started when American officials blamed Iran for attacking two oil tankers on June 13 in or near the Strait of Hormuz, a major thoroughfare for transporting much of the world’s oil.

Days later, the Pentagon authorized the deployment of an additional 1,000 troops to the Middle East with surveillance and military equipment, intended to serve as a deterrent to Iran. In April, the Trump administration also designated Iran’s Islamic Revolutionary Guard Corps a terrorist organization and in May imposed even tighter sanctions on Tehran’s aluminum, iron and copper industries, sectors that make up about a tenth of its exports, according to the Trump administration.

Earlier this week, Tehran said it would soon violate a significant piece of the 2015 international agreement designed to contain Iran’s nuclear program. The countries in the pact had agreed to reduce economic sanctions on Iran as long as Iran held up its end of the deal, which includes curbing its uranium enrichment activities. Iran said it would soon violate the limit on uranium stockpiling.

Under Mr. Trump, the United States in 2018 backed out of the Iran deal, though it remains in force with five other countries. Trump administration has reinstated crushing economic sanctions and pressured other countries to do the same, leaving Iran’s economy in serious trouble.

[Here’s a timeline showing the escalation between the United States and Iran.]

Why did Mr. Trump call off the strike?

The president on Friday said the prospect of casualties stopped him. An attack with the potential to kill 150 people, he said, was not proportionate to shooting down an unmanned American aircraft.

How soon was the attack canceled?

Mr. Trump said he called off the strike with 10 minutes to spare. No missiles had been fired, but American military planes were in the air and ships were in position, a senior administration official said. Officials said the operation was to be carried out in the early morning hours on Friday, which would have been around 9 p.m. Thursday in Washington.

Is this crisis affecting anything else?

Some international airlines on Friday diverted planes flying over parts of Iran and the Strait of Hormuz, and the Federal Aviation Administration gave an emergency order early Friday, banning all American flights in Tehran-controlled airspace above the Persian Gulf and Gulf of Oman because of “heightened military activities and increased political tensions.”

Oil prices for Brent crude, the international standard, rose about 5.8 percent since the American drone was shot down. It was trading at about $64.80 a barrel on Friday morning, which is below the recent high in mid-May when prices were about $72 a barrel.

About a third of the world’s crude oil and other petroleum products is carried by tankers that pass through the Strait of Hormuz, described by one federal agency as one of the most important oil choke points in the world. The body of water separates the United Arab Emirates and Oman from Iran and sees dozens of ships pass through each day.

Would this have been the president’s first military action in the Middle East?

No. Mr. Trump struck twice at targets in Syria in 2017 and 2018 in response to the Syrian government’s use of chemical weapons. The operation against Iran would have been his third in the region. Among his campaign promises was a vow to get the United States out of conflicts in the Middle East.

Does the president need congressional approval to start a war with Iran?

Not necessarily, but some members of Congress have asked Mr. Trump to seek congressional authorization.

The Constitution gives Congress the decision of whether to declare war, but government lawyers have argued that the president alone can order attacks if it is in self-defense or if the attacks would benefit American interests.

What does Iran hope to accomplish with these escalations?

It wants its economy, crippled by sanctions, to improve.

That objective was at the heart of the 2015 nuclear deal: As Iran complied with international demands for limiting its nuclear program, sanctions against the country would decrease over time. But that changed when the United States backed out of the deal and resumed the economic squeeze.

Some experts view Iran’s recent aggressions as part of strategy to provoke the United States into action and to pressure American allies in Europe and Asia — countries already uneasy about the escalating tensions — to reign in the world superpower and force the Trump administration back to the negotiating table. The strategy, however, carries significant risks: total collapse of the nuclear agreement and possibly war.

All rights and copyright belong to the author:
Source – https://www.nytimes.com/2019/06/21/us/politics/us-iran-news.html?emc=rss&partner=rss