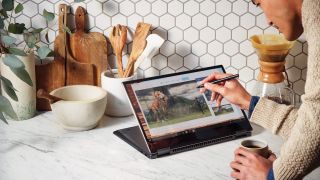 Windows 10 has received a second set of (optional) cumulative updates for June, comprising of a raft of minor tweaks and fixes for both the April 2018 Update and October 2018 Update, while Microsoft also took the time to remind those still using the former that they will be forced to upgrade to the newest version of Windows 10 imminently.

Yes, if you missed this when it was first announced back in May, Microsoft changed the upgrade process going forward with the May 2019 Update to mean that while its big twice-yearly feature updates aren’t compulsory to install when they are released, they will be forced onto your PC when Microsoft is about to cease support for the version of Windows 10 you’re currently running.

So what’s happening here with the April 2018 Update is that end-of-service for support rolls around on November 12 (for Home and Pro users), so Microsoft intends to begin updating devices running that version to the current May 2019 Update, and that’s happening in late June, so either this week or next.

As Microsoft notes, the idea is to “help ensure that we keep these devices in a serviced, secure state” by pushing the upgrade before support runs out.

However, Microsoft had previously said it would do this when “Windows 10 devices are at, or within several months of reaching, end of service”, and this is five months ahead of time. So we’re thinking it may be a pretty gradual process, then.

At any rate, consider this as a reminder of what’s about to happen if you’re still using the April 2018 Update, and prepare yourself to install the May 2019 Update (at least you’ve managed to skip the gremlin-plagued October 2018 Update).

As for the fixes provided with the new optional cumulative update (KB4503288) for the April 2018 Update, this patches up a whole lot of minor bugs, including Microsoft Edge glitches, issues when scrolling in windows, and some potentially slightly odd mouse behavior on the desktop. For the full list check here.

There’s a similar cumulative update for the October 2018 Update (KB4501371) which addresses many of the same problems, as well as other fixes for the Your Phone app, and a Windows Media Player issue. Again, for the full and exhaustive list, hop over here.

With the May 2019 updates, Windows 10 is more secure, reliable and efficient than ever, introducing features that could genuinely save you time and frustration as well as keep your computer protected. Of course, there’s always room for improvement, but Windows 10 is now better than ever and still continues to evolve with a slew of constant updates.

All rights and copyright belong to the author:
Source – https://www.techradar.com/news/windows-10-gets-a-lot-of-little-fixes-and-microsoft-reminds-us-itll-start-to-force-updates